[OPINION] Global warming, climate change, and implications for the Philippines 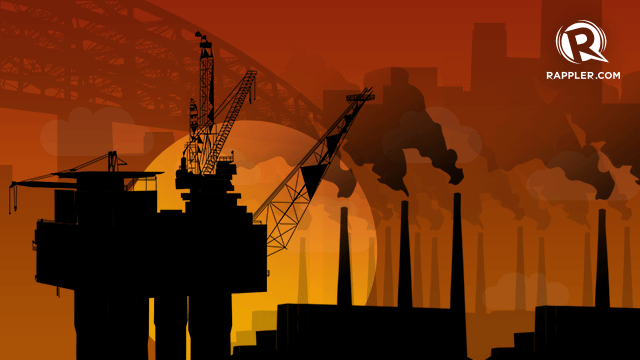 Facebook Twitter Copy URL
Copied
'All typhoons are getting fewer, but the stronger ones are becoming more frequent'

The following is the 40th in a series of excerpts from Kelvin Rodolfo’s ongoing book project “Tilting at the Monster of Morong: Forays Against the Bataan Nuclear Power Plant and Global Nuclear Energy.“

The fossil fuel industry, more than a century and a half older than the nuclear industry and its self-serving propaganda, has had much more time to praise itself and defend its terrible environmental record. No other group has done more to spread confusion about CO2-induced global warming.

Let’s begin with the long and respectable history of how scientists came to recognize how CO2 is causing climate change.

Science transcends nationality; appropriately in this case because global warming threatens everyone.

Arrhenius was not alarmed, and Callendar first saw only benefits: Co2 encourages plant growth, extends the cultivation zone poleward, and “…the return of the deadly glaciers should be delayed indefinitely.” He ended his report, almost offhandedly: ”…the reserves of fuel…would be sufficient to give at least 10 times as much carbon dioxide as there is in the air at present.”

Callendar’s research until 1961 was largely why the Mauna Loa Observatory in Hawaii was established in 1958 to measure atmospheric CO2.

Keeling and his curve

As a post-doctoral chemist at Cal Tech in California, Charles David Keeling was increasingly drawn to the environment and geology. He developed precise instrumentation to measure atmospheric CO2, and documented how CO2 in forest air falls during the day while trees and plants photosynthesize, and rises back up while they rest at night.

Since 1958, Keeling’s lab has continuously monitored atmospheric CO2 at the Mauna Loa Observatory in Hawaii, far from the continents, unvegetated, and more than four kilometers or two miles above sea level, far above any localized CO2 source.

Like the daily fall and rise in forest-air CO2, Earth’s global atmosphere follows yearly CO2 cycles. During the Northern Hemisphere spring and summer, photosynthesis reduces the CO2, which rises back up during the reduced sunlight of autumn and winter. Hence, the saw-toothed Keeling Curve.

To really understand the problem, view it and our place in geologic history and geologic time.

Imagine a movie of Earth’s history compressed into 24 hours:

The first quarter of the film is all geology, no biology: volcanism; continents forming; plate tectonics beginning; atmosphere and oceans accumulating. Only after six hours do Archaea, the first living beings, appear around the vents of submarine volcanoes.

Little change happens during the next 14 hours; very slowly-evolving procaryotes maintain a comfortable global temperature by taking CO2 out of the ocean and atmosphere to make their tissues, also their calcium-carbonate shells that accumulate as limestones.

More than 20 hours into the movie shellfish appear; the evolutionary explosion of complex forms has begun. Some biological tissues are buried in ocean sediments and become oil and gas.

After another hour the first land plants start extracting CO2 to make their tissues, some of which are buried as coal and methane. Feeding on the lush vegetation and each other, amphibians and reptiles evolve and flourish.

More than 23 and a half hours into the film the Chixulub asteroid kills most global life, including the dinosaurs. But life and the global environment recover.

Close to the end of the film, humanity and civilization happen, timed in seconds and fractions of seconds. In the last three hundredths of a second, the Industrial Revolution begins to undo the balanced climate moderated by global life’s carbon dioxide use and recycling. The human damage to the climate, environment and global life is well on its way to exceed that done by the Chixulub asteroid.

Over the eons, global life learned to recycle the materials every living thing needs. Plants and oceanic life photosynthesize: use sunlight to combine carbon dioxide, water, and a few other elements into carbohydrates like sugars, fats and proteins. Carbohydrate simply means carbon “hydrated,” combined with water.

Respiration reverses the process: fungae and animals including us extract chemical energy in carbohydrates by burning them with oxygen, and respiring – “breathing out” – water and carbon dioxide as waste, completing the cycle.

Small amounts of  organic stuffs, taken out of the photosynthesis-respiration cycle by being buried in soils and sediments, mature over millions of years into oil, methane, and coal.

Those fuels can’t remain locked in the rocks forever. Over geologic time they can be buried deeper than 4.6 kilometers, where Earth’s internal heat destroys them; or slow tectonic movements eventually raise the rocks into mountains, and erosion releases them to decompose.

But over the last several hundred million years, a rough balance between storage and destruction left about two trillion barrels of petroleum (“rock oil”) and similar amounts of coal and methane taken out of the atmosphere and ocean and stored in the rocks. Estimates of how fast oil accumulates range from 4,600 to 12,000, averaging about 8,000 barrels a year – so slowly compared to how fast it is used that it must be considered a non-renewable resource.

The Industrial Revolution began undoing all those hundreds of millions of years of Life’s work by burning coal. Then, after the first successful oil well was drilled in Pennsylvania in 1859, the burning of oil accelerated rapidly. Some time in the next decade, humanity will have used up the first of the two trillion barrels stored in the Earth. During 2021 alone, even though COVID slowed its use, it was about 35.5 billion barrels.

In that one year, humanity took out of the ground, burned, and returned to the atmosphere what Earth’s life had slowly taken out of it and stored as oil in the rocks for half a million years. We also burned 7.4 billion tons of coal and 4 trillion cubic meters of natural gas. How can the climate not be greatly disturbed?

The average American is the worst climate change offender, using almost two barrels of oil and more than 12 megawatt-hours of electricity  a year. Average Filipinos, far more frugal, use only a third as much oil and a tenth as much electricity. Our people join the Marshallese (Foray 34) as among the most blameless in causing climate change, but among the worst affected by sea-level rise.

Increasingly, the ocean surface waters are absorbing atmospheric carbon dioxide and being acidified, seriously affecting Philippine coral reefs, a major source of fish. The fastest-growing third of the Philippine population living on the coastal plains worsen storm and tidal flooding from the rising seas by using so much well water that their plains are subsiding 10 or more times faster than sea level is rising.

The Pacific climate is shifting from more La Niñas to more El Niños, when fewer West Pacific typhoons form, but closer to the equator, so more are crossing the Philippines. All typhoons are getting fewer, but the stronger ones are becoming more frequent.  Rainfall within 100 kilometers of typhoons is increasing because global warming is weakening the winds that carry them along, slowing them down so they have more time to soak up water vapor along their oceanic paths, and to deliver rain when they reach land.

Our next Foray is the first of two that explore renewable energy sources for the Philippines as the climate crisis worsens. – Rappler.com