Easter Sunday. A celebration throughout Christendom of the Risen Christ, a triumph of new life over a finite death, thereby giving mankind a deeper reason for living with hope in their hearts. An ending with a beginning.

In the political arena, we truly live also with hope in our hearts. That the coming elections will be honest and peaceful. That each candidate will speak only of the truth. That the campaigns will reflect the choices of the people without the disinformation and the lies.

The spectacle that unfolded recently at the Manila Peninsula Hotel is remarkable for one thing. The choice of the venue. For the hotel is famous for its world class halo-halo, as featured by Time Magazine ages ago. However, many were disappointed in seeing, not the delicious Filipino delicacy on display, but a little moro-moro, lacking in both visual effect and distinct taste. In fact right now, I am getting a real flashback. One of my law review professors, the Trust guru, Atty. Gerry Geronimo, in leading a prayer for the bar examinations, always reminded us not to ask the Lord “to just make me pass” with a grade of 75 (the overall passing mark to hurdle the bar) but to “aim for 100” so that we ensure maximum effort in all things competitive. I think he meant that to believe in mediocrity is to receive a mediocre grade. But to aim for excellence, one is never in doubt of giving one’s best shot and therefore increasing the chances of survival.

Candidates for political positions may be likened to eager graduates of law schools all over the country. Each has a fair to superior knowledge, depending on the status of the law school attended, the quality of the professors (those who care and not scare), the deep desire to be a lawyer to realize a dream or to give honor to the family. But would you believe, that no matter how smart a graduate is, the more fear there is of not just passing the bar exams but of not landing In the winning circle of the Top 10? And there are indeed people who have backed out from the bar examinations due to a perceived lack of personal preparation, ergo, fear of the unknown.

But in the midst of the review, does one steal glances at the notes of the other and assess the competitors by ticking them off one by one as likely to top the bar and perhaps be as bold by asking them not to take the test altogether in order to give one a better chance?! To eliminate by distraction or by sheer bluster? Why cannot all the candidates aim for number one and go for the win? Hindi nga ba, pare-pareho kayong nag-aapply sa trabaho?

Imagine this scene in the Human Resources department of a corporation, where the job applicants, with their qualifications on hand, sit alongside each other, either fidgeting and sweating or seemingly proud and confident. But each has a fighting chance to get the job or make a blunder. For what employers look for is the “x” factor, the unknown quality that might set a person one cut above the rest, is it not? I cannot imagine a job applicant asking the rest to go home in full view of the security cameras of an office. This would be the height of bad manners, to say the least. 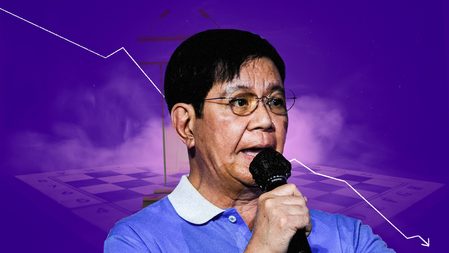 Whoever cooked up the unusual spectacle at the Manila Peninsula Hotel could have chosen to hold the presscon in humble Little Quiapo instead, or Razon’s of Guagua (my personal favorite). Masarap din ang halo-halo. Mas mura pa. Cheaper, delicious, classic halo-halo. Plus, why put down the No. 2 candidate and not include the survey frontrunner? Assuming both candidates would accede to the demand to withdraw, this would have assured the pathway to victory of the No. 3 or No. 4? If I were a journalist covering the event today, I would have choked on one of the kaong of my halo-halo.

Anyway, this event just gave birth to funny memes again on social media while the complainants bemoan the oft-repeated question hurled at them, “Who among them will withdraw?” They cry foul and declare “none of us will withdraw.” Do you need a full blown press con to declare this? A press statement from each campaign headquarters would have had the same effect. Less painful to watch and listen to. Well, if each had rabid and loyal supporters, then they owe it to their kind to keep the fight, win or lose. And in this belief, why ask the other to accompany you onstage to say the same thing while secretly hoping for the other to withdraw, too? Touch move? 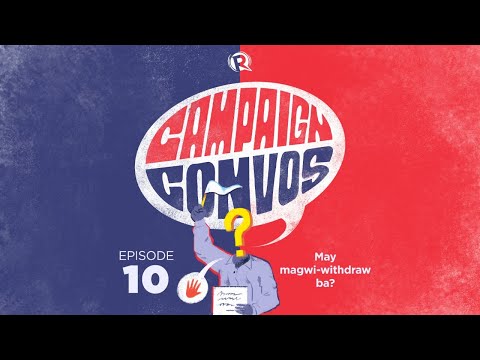 Why not challenge the fact that the frontrunner has evaded arrest in the United States and has fought tooth and nail to keep and protect their family loot? Money that could have been used to help our healthcare workers, teachers, farmers and fisherfolk, urban poor, women and children, and everyone in the margins? Money needed to correct a huge and deep injustice to those who cry for deliverance from the clutches of hidden and evil deeds? Money that could create more schools and value formation programs for our youth, and especially money to bolster historical truths more than the revision of history? Money to create more jobs and keep Filipino families intact? Money needed for emergencies triggered by natural disasters?

If I were a journalist there, I would ask the question, “If they wanted to eliminate someone, why not No. 1?” And yet, nary a peep or a squeak. Any shred of honor was stripped off and unmasked today on a day that is meant to honor the Risen Lord.

Let’s go back to the Manila Pen halo-halo. An iconic delicacy that promises a summer cool down was shadowed by another kind of summer meltdown called talo-talo. The political survey laggers have totally embraced their defeatist selves and fashioned themselves as the only ones who can save the Philippines. Leche! I mean, I love leche flan on my halo-halo. – Rappler.com

Susan Marie Javelosa Atienza is a farmer’s wife and mother of three. She is also a lawyer and a freelance writer.