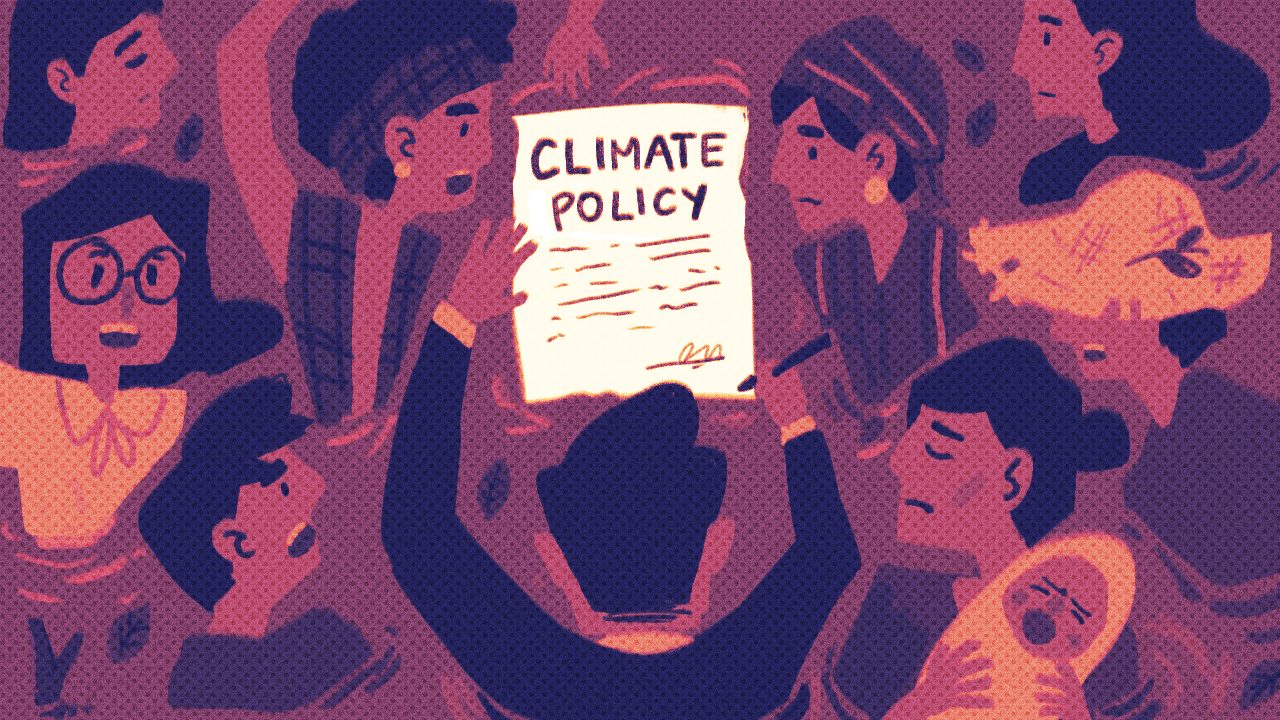 Facebook Twitter Copy URL
Copied
'As with all crucial goals...the key to achieving success in combating climate change is to see the task as a marathon, and not as a sprint'

Over five years since the Paris Agreement was entered into in 2015, the world has seen drastic changes: continuous rise in temperatures as shown by more frequent and harsher weather events, shifts in leadership, and, more recently, the COVID-19 pandemic.

In the wake of all these events, and as a result of the urgent need to respond to the climate crisis, many countries have submitted their Nationally Determined Contributions (NDC) to the UNFCCC as agreed upon during the 2015 negotiations. On Earth Day this year, for instance, the US committed to a 50-52% reduction below their 2005 net emissions by the year 2030. All over the world, countries are making similar goals to reduce their emissions, with the intention to ensure a climate resilient future for all.

However, in order to fully meet the targets set during the Conference of Parties 21 (COP21) in Paris, there should be urgency in action and policy, and a genuine intent to follow through with these commitments.

After all, while the COP last year was postponed because of the pandemic, the harsh effects of a warming world and the urgent need to respond to the challenges caused by climate change remain. Moreover, while the effects of climate change are drastic and felt by all, hardest and most immediately hit are those who live in climate-vulnerable countries – countries which are disproportionately affected by an ever-increasingly heating world, including the Philippines. This November, the postponed COP will take place in Glasgow, and discussions will resume from the last COP in Madrid in 2019. There also have been other events, all of which are in anticipation of COP26, including the Climate Leader’s Summit and the Petersburg Climate Dialogues, which took place in the last two months, and future events such as the G7 Summit and the UN General Assembly.

These next few months, then, will be crucial, and we will witness countries all over the world take part in these events, create their own internal policies in order to meet their NDC commitments, and prepare to take part in COP26, on top of recovering their economy from the harshest effects of the pandemic. As with all crucial goals, therefore, the key to achieving success in combating climate change is to see the task as a marathon, and not as a sprint.

To prepare for the high volume of work that will take place in November, virtual intersessions of the subsidiary bodies of the climate change convention will take place from May 31 to June 17. A team from the Ateneo de Manila University and the Manila Observatory will be attending as observers of these historic virtual negotiations.

Allied for Climate Transformation by 2025 consortium

One of the ways by which we envision attaining our goals, especially in the face of increasing distrust between developed and developing countries as regards climate cooperation and potential climate action, is by joining the Allied for Climate Transformation by 2025 consortium, or ACT2025.

From its website, ACT2025 is a “consortium of thought leaders” committed to address climate action challenges “by informing and influencing the UN climate negotiations.” It “convenes key stakeholders to identify and agree on how to design just and ambitious outcomes” with the view to “rebuild trust, foster solidarity, and drive greater climate action on the ground,” including amplifying vulnerable voices, in order to ensure a prosperous, low-carbon, and climate-resilient future for all. Manila Observatory is one of the partners of this consortium. Other partners include the World Resources Institute, the Caribbean Community Climate Change Center, the Center for Climate Change and Development (CCCD), the International Center for Climate Change and Development (ICCCAD), Power Shift Africa, and Transforma. Together, the project partners, made up of organizations from Africa, Asia, the Caribbean, and Latin America, aim to identify areas of convergence and potentially reach consensus at COP26 in Glasgow towards the end of the year.

Among the key demands of the ACT2025 partners which should be addressed at COP26 are the (1) setting of ambitious emission reduction targets that will meet the 1.5C limit set during COP21 in Paris, (2) scaled up climate finance and debt recovery, particularly for developing countries, (3) importance of adaptation efforts in addition to existing mitigation measures, (4) increasing support for loss and damage, and (5) the rules and architecture of the Paris Agreement.

The consortium believes in the importance of responding to all of these issues, firstly as an acknowledgement that the effects of climate change would be devastating, unequal, and are already present, but also as a commitment to take part in climate conversations and guide ambitious outcomes not just until COP26 in November 2021, but to follow through up until 2025.

During the press briefing of ACT2025 and in his opinion piece, Professor Saleemul Huq from ICCCAD in Bangladesh said that the definition of the COP should be changed from Conference of Parties to Communities of Practice. Because of the urgency and reality of the climate crisis, we should shift from parties that form the UNFCCC to willing coalitions and groups that want the Paris Agreement implemented – from politicians to NGO workers; from private companies to sole individuals.

We agree that there is a need for governments to not just work towards the COP, but to ensure that daily decisions and policies reflect consistent and intentional decisions to combat the climate crisis. We are happy, for instance, that the Philippines has already submitted its NDC to the UNFCCC, and among its commitments is to reduce emissions by 75% by 2030. However, hand-in-hand with this should also be continuous efforts to make sure that this commitment will be met, such as banning mining and the use of coal. There is also a need to continuously monitor and examine the Philippines’ NDC, as there are still gaps that need to be filled. Fortunately, we have time to do so – that is, prior to the global stocktake in 2023.

Moreover, we agree that there is an urgent need, as is one of the main thrusts of the consortium, to amplify the voices of the marginalized, particularly the indigenous peoples, those who live below the poverty line, and the youth, so that their voices are heard and fully taken into consideration when it comes to climate policy, and to ensure just transition especially as we start to recover from the brunt of the pandemic.

We are very fortunate to be part of the ACT2025 consortium, and we look forward to taking part in such an endeavor that aims for a climate-resilient future for all – one that is not just dependent on COPs, but is a result of daily decisions by policymakers and leaders. A future that is sustainable, safe, and just. – Rappler.com

Joy Reyes and Yla Paras are legal and policy experts of the MO. They will be attending the climate change convention virtual meetings this June.