[OPINION] Is an ICC case vs Duterte good for the Philippines? Facebook Twitter Copy URL
Copied
'An ICC investigation would say to the world that the Philippine State, Asia’s first democracy...cannot be trusted to do its duty in protecting human rights at home'

The way out of an extraordinary ICC investigation is for the President to let the organs of the Philippine State do its ordinary duty: to uphold Philippine laws and to observe the international covenants the sovereign country still remains a part of. It also needs to uphold international norms and laws jus cogens – the principles no country in the world can set aside – as well as human rights, due process, protection for the vulnerable and the weak, and the rigorous search for and defense of the truth and fairness.

Prosecutor Bensouda observed that all these laws, regulations, and norms had been missing, ignored, or overridden in the drug war incidents and deaths submitted to her office. She used this to justify the ICC’s taking up the investigation; the organs of the Philippines State couldn’t or wouldn’t do it itself.

[OPINION] Duterte and the ICC: Is there a way out? An ICC investigation would say to the world that the Philippine State, Asia’s first democracy, and a staunch voice for human rights in the United Nations arena, cannot be trusted to do its duty in protecting human rights at home.

It would say that the Philippine judiciary cannot or is not likely to render fairness and justice for these atrocities, whether out of a structural deficiency of its operating rules, the inadequacy of domestic law, or extrajudicial pressure or influence.

It would say that the sovereign Philippine people, often praised worldwide for their hospitality, friendliness, openness, faith, and good cheer, cannot or will not stop these atrocities or hold the perpetrators to account. It would say that we do not care about the more than 6,000 dead and their widows/widowers and orphans, or worse, that we agree with those who say that such atrocities are necessary.

We believe there is promise for the Filipino people and the Philippine State to right this atrocity. There are good people in the ranks of the police, the military, and the judicial system, such as General Lorenzo Eleazar in the PNP and Chief Justice Alexander Gesmundo in the Supreme Court. Even in the early days of the drug war, the Philippine Drug Enforcement Agency (PDEA) was touted as a better vehicle than the PNP then; even Justice Secretary Menardo Guevarra, for his defenses of the war, also opened investigations into it, and called out the PNP’s failures of procedure, justification, and accountability.

The cynic may be right that these are all “too late the hero.” Secretary Guevarra’s moves only thinly veil the President’s indifference; General Eleazar is dealing with a force too steeped in, and perhaps too compromised by, five years of the drug war; Chef Justice Gesmundo is leading a judiciary still reeling from previous presidential batteries and self-inflicted wounds.

At the same time, we do see progress in the new rules on search and arrests warrants just issued by the Supreme Court, which could be a game-changer when it comes to human rights. We see also the basic decency in General Eleazar when he constantly reminds the men under his command to behave beyond reproach. And based on recent experiences we have had with the Department of Justice on cases involving youth activists and the Lumad bakwit school, we can still expect just decisions from its prosecutors. 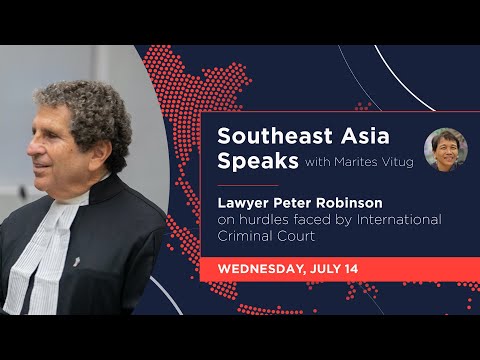 And yes, the ICC can see and recognize all these as well.

So it is still not too late. It is never too late for true justice, true sovereignty. And so I repeat the same unsolicited advice I have given on this topic time and time again: Mr. President, let the organs of justice do their job. Not as any one person wills it, but according to what the laws of the land and of the world demand. Let the Commission on Human Rights and Department of Justice do their duty by their oaths, and not for anyone’s favor. Let the victims of the drug war seek accountability for their losses, let their voice cry out freely to demand correction and compensation from the police who got it all wrong, instead of being terrorized into silence or fatalistic helplessness.

That is what sovereignty is. That the Philippine State can be trusted to do what is right by the Philippine people, by all peoples. Sovereignty is accountability, and it is unavoidable because accountability is the duty of power. In the end, all power accounts; the ICC is simply one more arena for the accounting, especially when the proper authority will not do its duty. – Rappler.com