[OPINION] Is Leni the unifying leader our country desperately needs? 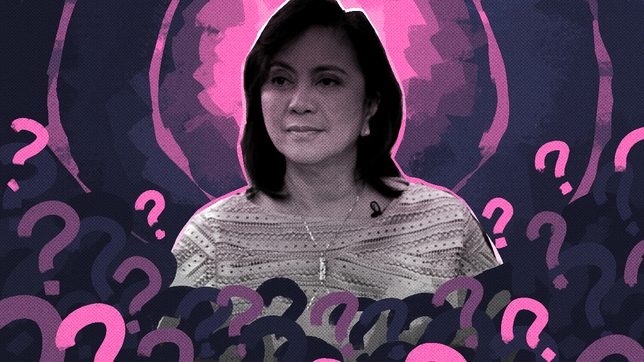 Facebook Twitter Copy URL
Copied
'Is she capable of going outside her immediate circle and comfort zone? Does she want a serious engagement with mass organizations?'

Vice President Leni Robredo has always struck me as a decent, caring, and sincere person and public servant.

In this regard, an October 3rd Facebook post by Walden Bello, my former colleague in Congress, impelled me to share my own personal experience with the VP.

Walden, chairman of the Laban ng Masa and a Leni ally, described how his mass-based movement’s request for a dialogue with the VP had been repeatedly spurned during the last three months.

The FFF’s official declaration of support was unprecedented in its 63-year history. As FFF President and TUCP Vice President, I went around the country campaigning for Leni.

VP Leni assumed her office on June 30, 2016. To our great surprise and disappointment, almost two years elapsed before she agreed to meet with us. That meeting coincided with her birthday on April 23, 2018.

Our delegation included top officials of TUCP and its unions representing teachers, nurses, bank employees, agricultural workers, farmers, and others.

While waiting at the VP’s conference room, her staff clarified that the holding of our long-sought meeting was unrelated to Bongbong Marcos’ recent gains in his electoral protest against Leni. They proceeded to present VP Leni’s programs. In turn, we outlined our members’ pressing concerns that we would raise with her.

After an hour, we were ushered from the room and brought to an adjacent lobby – for a photo shoot with the VP! (We came for an issues-based discussion, not a mere group picture.)

The public relations exercise over, I half-humorously told Leni in Pilipino:  “Madam Vice-President, we – your supporters – know that you love us. But how come it is only now that you are seeing us?”

Leni turned to her top aides and instructed them to ensure that we would be invited to future consultations.

Nothing happened after that single encounter. No invitations. No consultations. Nevertheless, the FFF has continued to send to the VP its statements, reports, and recommendations on matters affecting farmers, fisher folk, and other rural workers. Still no response. Not even an acknowledgment of our contributions.

Is there a cordon sanitaire around VP and now presidential candidate Leni? Is she capable of going outside her immediate circle and comfort zone?  Does she want a serious engagement with mass organizations? Is she the inclusionary and unifying leader our country desperately needs?

Walden, “hindi ka nag-iisa sa iyong pagkabahala.” (You are not alone in your bewilderment.)  – Rappler.com

Leonardo Montemayor is currently Board Chairman of the Federation of Free Farmers.