The Palawan visit of US Vice President Kamala Harris, and yet another incident of China’s heavy-handed behavior in our waters, surfaces once again the continuing tensions over the South China Sea and the underlying cultures that shape the contours of this conflict.

The Philippine government has declared its intention to issue a note verbale in protest over the supposedly “forced” turnover of debris from a rocket launched by China. It remains to be seen if this time, the Marcos Jr. administration shall veer away from the Duterte government’s policy of appeasement whenever China’s maritime aggressiveness rears its ugly head in our waters.

Kamala Harris, the first American vice president of Asian and African descent, was straightforward in reiterating US support as an ally in the face of China’s intimidation and coercion. She described as “unanimous and final” the non-recognition of China’s inordinate claim of  “historic rights” as ruled by the Permanent Court of Arbitration (PCA) in the Hague. In her statement, she said that “we must stand up for principles,” by which she meant things like respect for sovereignty and territorial integrity, and upholding international rules and norms. “When the international rules-based order is threatened somewhere, it is threatened everywhere.”

The trouble is that China thinks it is a law unto itself. With its newfound power, it has decidedly moved away from the policy of “peaceful rise,” as articulated by Deng Xiao Ping and his contemporaries. Under Xi Jinping’s “perfect dictatorship,” as an expert observer has termed it, China as a giant rising power has now begun to behave once again as the Middle Kingdom, or center of the world. Supremely insular after a long period of isolation, China refused to be subjected to arbitration by what it considered to be an improper forum. Just before the decision was handed down, it took to describing the PCA as a “law-abusing” tribunal whose ruling would be a “piece of trash paper.” After sending hordes of Chinese to the West to learn English, China now wants the rest of the world to learn Chinese if it wants to do business with it.

This resurgent self-identity is seen in the insistent and rather imperious demand that claimant countries deal bilaterally with China, with the a priori understanding that the South China Sea belongs to it.

Constructivist studies in strategic security have resurfaced the importance of beliefs and values that shape the psychological environment of a people. In contrast to realpolitik approaches that put emphasis merely on economic forces and military hardware, this line of thinking revisits the effect of ideas on national policy. It shows how deeply-rooted concepts of how the world works can determine how a society’s leadership and its institutions are likely to behave when faced with strategic choices.

[ANALYSIS] Recent developments in the South China Sea: Perspective from the Philippines The South China Sea issue is not just a resource war nor a competition for hegemony between two superpowers. It is also about a clash of narratives originating from the peculiar core values that have arisen out of a country’s historical experiences.

China’s officials have reportedly told their counterparts in the US that the South China Sea is “an area of ‘core interest’ that is as non-negotiable” and on par with Taiwan and Tibet on the national agenda. China’s idea of itself as an ordering power among tributary states may have been shattered in some ways by the Treaty of Shimonoseki and the virtual occupation of its coastal cities by rapacious powers that imposed on it unequal treaties. Nevertheless, through the vicissitudes of its long history, the “Middle Kingdom” narrative has been persistent and is now being reenacted and reconstructed by the current leadership.

Similarly, the Philippine political elite may at times behave within the larger orbit of a modern conceptual environment that shares the highly-developed language of the West for “rights” and “rule-based” approaches to ordering society.  But just underneath is the more operative traditional code that tends to blur the divide between the formal and the informal domains, where the force of personal connections and interests overrun formal policy and protocols. A glaring example of this is former President Duterte’s confident boast to his detractors that Xi Jinping has his back.

China’s “century of humiliation” in the hands of western powers partly accounts for its intransigence, besides the drive for economic dominance in the region. The Philippines’ disillusionment over its history with the US has pushed its leaders towards greater rapprochement with China, even as a great part of its population retains a certain affection and trust in America.

Officials of the previous government have defended Duterte’s policy of accommodation by pointing out the ruling’s unenforceability, citing the lack of a forceful institutional mechanism parallel to the powerful presence of China in the region. Likewise, doubts were raised as to whether the US, long viewed as a protective security umbrella for the Philippines and the rest of the region, would come to the country’s aid in the event of a military stand-off. Lito Banayo, responding to an interview in his capacity as the country’s resident representative in Taiwan, had asked: “Do you think the Americans will help us in the fight against China, now that it is so indebted and entangled with it economically?”

The US Vice President has forcefully raised the flag of a rule-based global order. In a way, this is reassuring to a small country that dared to fight back through lawfare. Civilizational norms, however, tend to take a backseat to the hard fact of economics. China thinks it can push us to jointly explore the gas and oil reserves of the Reed Bank, which, as per the PCA ruling, lies completely within our exclusive economic zone. The reason China will not let go of this is that the Reed Bank holds about half of the 11 billion barrels of oil and about a quarter of the 190 trillion cubic feet of natural gas estimated to be in the whole of the South China Sea. 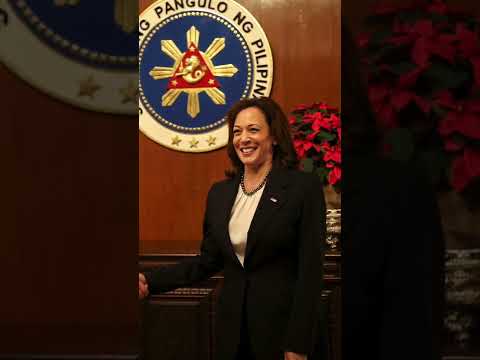 But then there is also the matter of political will.

In the mid-‘90s, when the Philippines discovered that China had built structures on Mischief Reef – ostensibly shelters for fishermen but now proven to be military installations – the top unofficial spokesman for South China Sea affairs, Pan Shiying, was quoted as saying to US officials that if China’s offer of joint development was rebuffed, “it will have no choice but to take over the islands forcibly.”

In response, then-President Fidel Ramos engaged a Vaalco firm affiliate to explore oil in the Reed Bank, threatened to invoke the US-Philippines Mutual Defense Treaty, and embarked on a $2-billion program to upgrade the armed forces.

This will to fight recalls the war in Vietnam and, more recently, Taiwan’s valiant defense of its independence from China. Like David and Goliath, the people of these nations hold out hope that invincibility of spirit, and not just arms, can wear out even the mightiest nations in a war of attrition. – Rappler.com