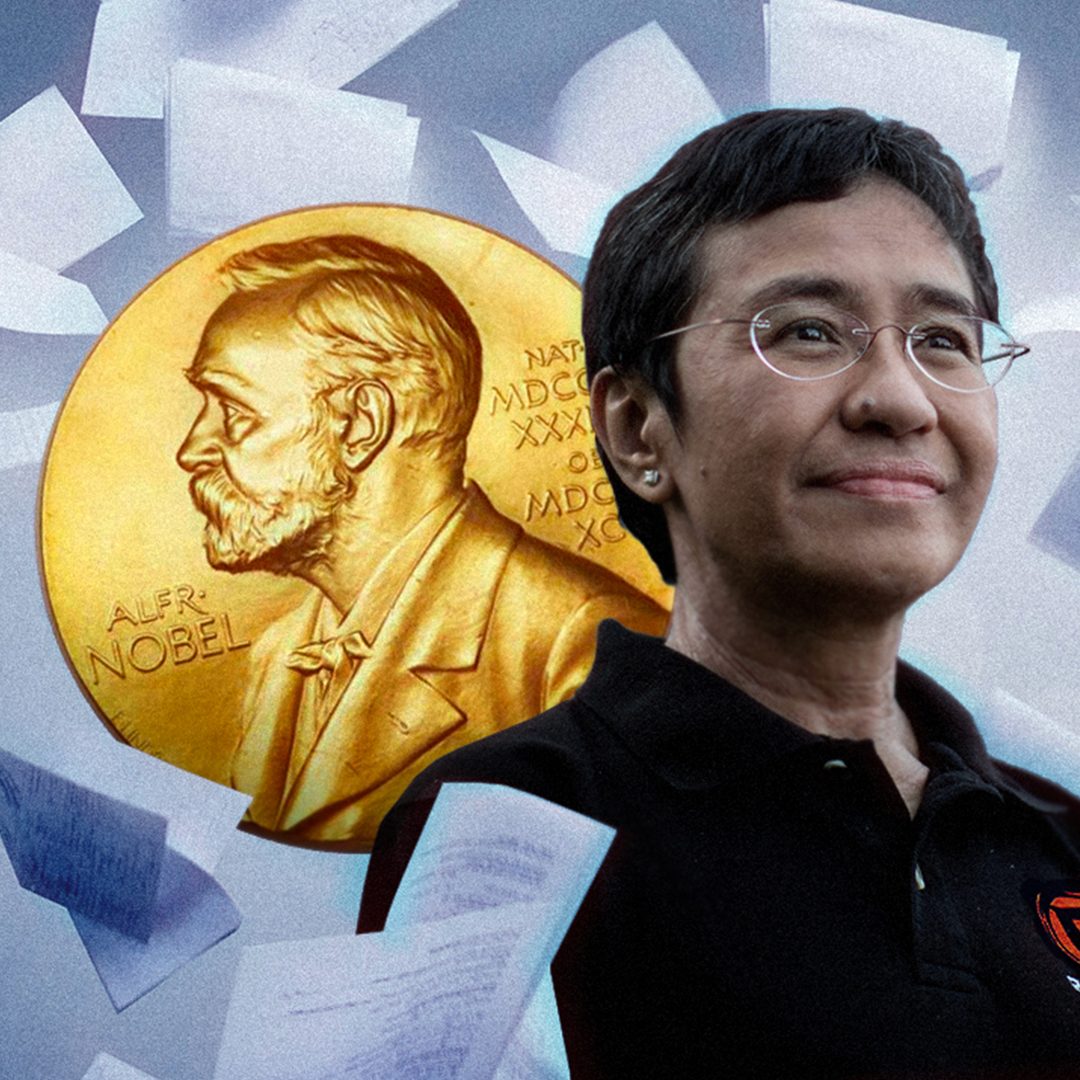 Facebook Twitter Copy URL
Copied
'In many occasions, reporting news has been replaced by an asserted objectivity devoid of any moral nuance, a robotic parroting of events without meaningful content. That, for me, is weak journalism.'

The imagery I had when I learned that Maria Ressa won the Nobel Peace Prize was the biblical David looking down at a defeated Goliath – a stare-down. After so many cases filed against her, numerous bails posted, a conviction on appeal, so many vituperations coming from high sources including President Duterte’s accusation of “fraud,” and the threat of closure of the platform of her advocacies, what else can be the most compelling rebuttal against all these? The Nobel Peace Prize. One could not ask for a more definitive vindication coming from a highly independent, international, and credible source.

Many will bash or sarcastically congratulate Maria Ressa, her award, and  probably even the Nobel Peace Prize committee, in order to diminish the resounding global significance of this accolade. But there is no need to respond. The award and its meaning will always gawk them in the face. In law, we call it res ipsa loquitur (the thing speaks for itself) and no one can alter that. Add to this the fact that she is the first Filipina and only female to be a Nobel Laureate in 2021.

Some will say: “Why give the prize? There is freedom of speech in the Philippines. The fact that Maria can say what she wants is the very negation of the award.” But these detractors do not get the point. The facade is not the foundation.

In essence, fearlessness should not be a factor when expressing dissent against the government in a democratic system. Under the Constitution, all Filipino citizens have the right to petition the government for redress of grievance. Complaints must always be welcomed. The free flow of opinion and the imperturbability of expression must be assured. Freedom from harassment when one speaks – even at its harshest level – against government actions and policies should always be guaranteed. The regard to conscience and expression enshrined in our Constitution is way up the hierarchy of democratic values which a law-abiding government must  respect. Better to have many criticisms, antagonizing their expositions may be, than no criticisms at all. The alternative is disastrous. But under an administration whose leadership once said that the Constitution was just “toilet paper” to him, a serious critic must have a truckload of guts, fortitude, and courage to speak out in preparation for a predictable onslaught of threats and harassments, not to mention court cases, initiated or inspired  by either the highest officials or the trolls. And these can even go to the level of ridiculing personal traits: his/her teeth, hair, weight, and others.

Without doubt, Maria Ressa made a valiant stand against the hostility confronting her: more than eight cases, a conviction, numerous warrants, and perhaps many more to come (I hope not). Rappler was even castigated in front of the whole world in no less than the State of the Nation address. To say that the influence and the powerful strong arm of the government are not targeting her is ludicrous.

The point is that Maria Ressa and many others like her are the fulcrum that holds up an already inclining foundation, in danger of collapsing courtesy of the “powers that be.” When this happens, the weight of authoritarianism will befall a complacent citizenry. And dictators will have their way.

Of all the greetings to Maria Ressa, the best comes from United Nations Secretary General António Guterres’ official statement, that the award is a recognition that “a free press is essential for peace, justice, sustainable development, and human rights – and the cornerstone for building fair and impartial institutions.” He concluded: “As we congratulate the award winners, let us reaffirm the right to press freedom, recognize the fundamental role of journalists, and reinforce efforts at every level to support a free, independent, and diverse media.”

Awarding the Nobel Peace Prize to Maria Ressa and Dmitry Muratov is addressed not only to autocrats but to all journalists. Journalists should be biased in favor of the truth. When democracy is imperiled and the freedom of the press threatened, they must face up to the challenge without hesitation and dauntlessly defend democracy  and their right to exercise this freedom. Frustratingly, “partiality,” “neutrality,” or “getting all sides of the story” have been often used to spurn this primordial objective. In many occasions, reporting news has been replaced by an asserted objectivity devoid of any moral nuance, a robotic parroting of events without meaningful content. That, for me, is weak journalism.

Deservingly, Maria Ressa has been  awarded the Noble Peace Prize because she simply did not forget that “journalism without a moral position is impossible.” In this world, the dichotomy between oppression and freedom, autocracy and constitutionalism, does not offer a choice for journalists. The right side is just so obvious. In the word of Henry Grunwald:

“Journalism can never be silent: that is its greatest virtue and its greatest fault. It must speak, and speak immediately, while the echoes of wonder, the claims of triumph, and the signs of horror are still in the air.”

Maria Ressa saw those horrors and spoke about them with urgency, clarity,   and courage, and she continues to do so in order for all of us and the whole world to be continually jolted out of our complacency. – Rappler.com