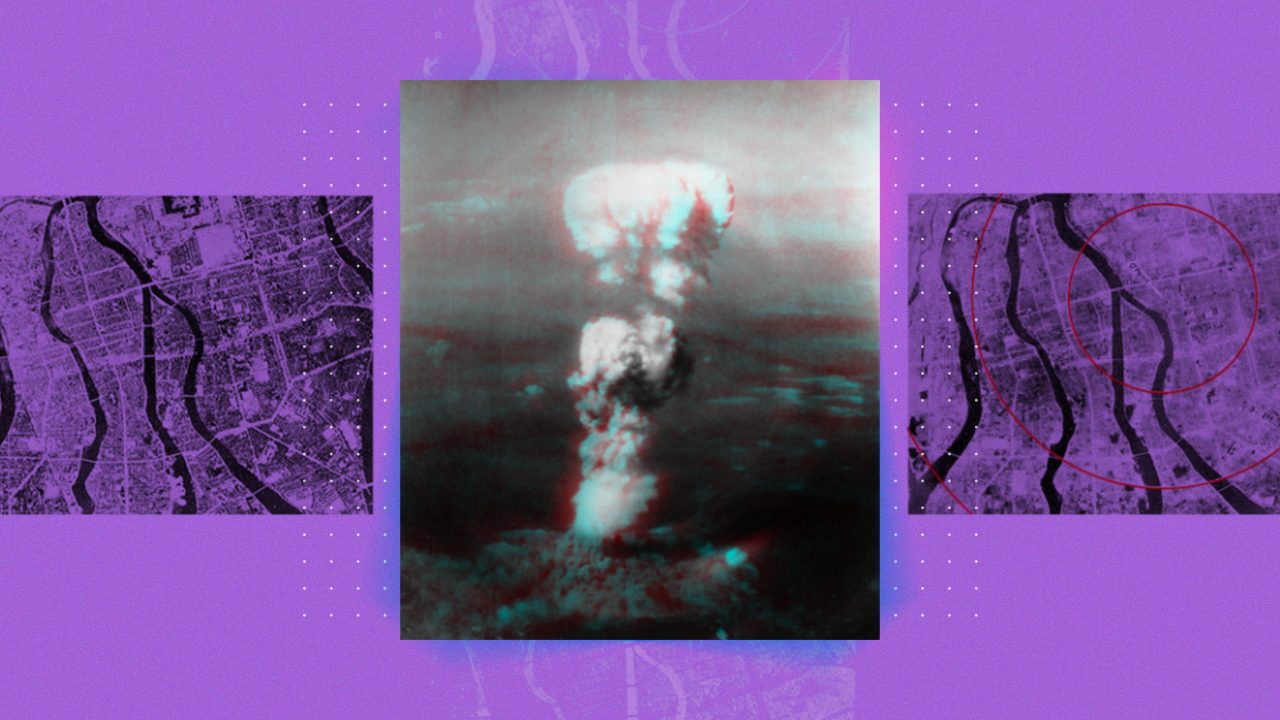 Facebook Twitter Copy URL
Copied
'In 1945 the nuclear age was unleashed upon the world with very little understanding of, or concern for its true health hazards'

The following is the 26th in a series of excerpts from Kelvin Rodolfo’s ongoing book project “Tilting at the Monster of Morong: Forays Against the Bataan Nuclear Power Plant and Global Nuclear Energy.“

In 1945 the nuclear age was unleashed upon the world with very little understanding of, or concern for its true health hazards.

These pictures are of Hiroshima before and after the bomb. The smaller circle is half a mile — 0.8 kilometer – away from Ground Zero; the larger circle is a mile away.

It is shocking that we will never know just how many people the bombs killed.  Crude estimates are that they instantly killed 66,000 at Hiroshima and 39,000 at Nagasaki.

We are most interested in how the effects of the bomb radiation might relate to nuclear power, but the data are so vague!  According to the highly respected Radiation Effects Research Foundation, within two to four months after the bombings, 90,000 to 166,000 people died at Hiroshima and 60,000 to 80,000 at Nagasaki. How many of these died of acute radiation exposure will never be known.

The military has always disparaged and obscured the dangers of radiation

The Manhattan Project developed the nuclear weapons. Stafford Warren was its Chief Medical Officer. After Hiroshima and Nagasaki, he reminisced, “The chief effort at Los Alamos was devoted to the design and fabrication of a successful atomic bomb. Scientists and engineers engaged in this effort were, understandably, so immersed in their own problems that it was difficult to persuade any of them even to speculate on what the after-effects of the detonation might be.”

Hymer Friedell, the Project’s Deputy Medical Director, said, “The idea was to explode the damned thing…. We weren’t terribly concerned with the radiation.”

Manhattan Project scientists did anticipate that the bombs would release radiation, but assumed that it would kill immediately.  In September 1945, General Lester Groves, head of the Project stated, “The Japanese claim that people died from radiations. If this is true, the number was very small.” Testifying before the US Senate in November 1945, he said that radiation poisoning was “without undue suffering” and “a very pleasant way to die.”

In a heroic effort after the bombings, Japanese scientists from Kyoto University gathered and analyzed unsold film from photo shops and other useful materials, directly measured radiation levels in the bombed cities, and estimated the heights of the blasts. Using improvised instruments and pre-war calibrated radiation sources, they began to decipher the kinds and intensities of the radiation that the bombs had unleashed.

But the occupying US forces confiscated all that information, which may never again see the light of day.

Only in November 1946 did systematic studies regarding the effects of the atom bombs begin, when the US National Academy of Science formed the Atomic Bomb Casualty Commission. ABCC reported significant increases in the incidence of thyroid cancer and leukemia in 1965.

Unfortunately, ABCC was funded by the US Atomic Energy Commission, which promotes nuclear power.  As the serious negative effects of radiation began to emerge, the AEC began to criticize the ABCC, and hinder it by severely cutting its budget.  Only after the scientists voted “that the ABCC be discontinued because of lack of financial support” were those obstacles eased somewhat. In 1975 the ABCC was replaced by the Radiation Effects Research Foundation, run jointly in Hiroshima by the US and Japan.  Its headquarters are pictured below.

In 1994, almost half a century after the bombs, the Radiation Effects Research Foundation reported significant increases for ten different cancers, with doubled risks for colon, lung, breast, ovary, and bladder tumors.

So, when advocates of nuclear power try to minimize the effects of the 1986 Chernobyl disaster, remember that was only 36 years ago. More people surely will get cancer from Chernobyl for years to come.  Not to mention Fukushima…

After the war, and without much more concern about the health effects of radiation, the US and USSR tested nuclear devices above-ground until 1980. The consequences are both poorly understood and frightening.

In 2011 a careful, case-controlled study of 85,000 teeth from Americans born from 1959 to 1961 in Missouri, far from any testing ground, revealed that the teeth of people who died of cancer were significantly enhanced in strontium 90 content. This “suggests that many thousands have died or will die of cancer due to exposure to fallout, far more than previously believed.”

The nuclear power industry now shares this callous military attitude regarding nuclear radiation, dismissing or downplaying its harm for people and the environment.  Nowhere is this more evident than in its attempts to downplay the consequences of the Chernobyl and Fukushima accidents, as we will see in our next foray.

In 1956, as the world’s first nuclear reactors were going online, the World Health Organization, concerned about radiation, warned: “Genetic heritage is the most precious property for human beings. It determines the lives of our progeny, health, and harmonious development of future generations. As experts, we affirm that the health of future generations is threatened by increasing development of the atomic industry and sources of radiation…. We also believe that new mutations that occur in humans are harmful to them and their offspring.”

That was the last such statement from WHO, not coincidentally because of something it did three years later.

The World Health Organization and the International Atomic Energy Agency are both UN organizations. What is not generally known is that in 1959 their joint agreement WHA 12.40 effectively gave the IAEA veto power over any WHO action that might relate in any way to nuclear power or nuclear weapons.

Global nuclear energy has serious medical and health consequences, and so, unavoidably, the missions of WHO and IAIA conflict in a fundamental way. WHO’s goal is “to improve equity in health, reduce health risks, promote healthy lifestyles and settings, and respond to the underlying determinants of health.” IAEA’s mission is to “accelerate and enlarge the contribution of atomic energy to peace, health, and prosperity throughout the world.”

We will see who wins this tug of war between opposing aims with a closer look at the 1986 Chernobyl disaster in our next foray. – Rappler.com