Facebook Twitter Copy URL
Copied
'Comelec...fails to appreciate that we are currently witnessing a watershed moment for a grassroots campaign in the country'

Just weeks after (now retired) Comelec Commissioner Rowena Guanzon raised hell about a politician supposedly influencing the ponente in the three consolidated Marcos disqualification cases to delay the release of the latter’s resolution, the poll body is again caught up in another controversy.

Oplan Baklas, the ongoing Comelec drive to take down election-related posters that are either oversized or misplaced, has drawn flak after authorities were shown removing posters on private properties without prior notice. Supporters of presidential candidate Leni Robredo and her running mate Kiko Pangilinan reported that posters of the tandem had been removed by Comelec personnel, and a mural painted over, even if these were displayed on private properties. The political party of Mayor Isko Moreno also reported the taking down of his campaign tarpaulins. A Twitter user dubbed these incidents “mural tarpitude” — a play on “moral turpitude” — one of the grounds cited in the Marcos disqualification cases, which were dismissed by the Comelec.

While Comelec spokesperson James Jimenez conceded that the Comelec’s rules on campaign posters do not apply to murals, he nonetheless asserted that posters expressing support for candidates are considered election materials and are subject to regulation, citing the 2015 case of Diocese of Bacolod v. Comelec. Jimenez said that regulating the size of propaganda materials inside private properties stems from the need “to level the playing field;” otherwise, “you would have a situation wherein a candidate can actually have an entire building covered with their election propaganda.”

From a legal perspective, this leveling-the-playing-field argument is misplaced because the constitutional mandate to ensure an equal opportunity for public information campaigns and forums among candidates does not apply to citizens who are neither candidates nor members of political parties.

From a practical standpoint, the argument is even less compelling when applied to the “mural tarpitude” incidents. It is worth noting that the argument is largely premised on the rather intuitive assumption that, unless size limits are imposed, candidates and their supporters will have the incentive to exhibit larger posters, placing candidates with more resources at an undue advantage against candidates with much less. But does this assumption still hold true today? Social media has changed the rules of the game

In recent years, we have seen the rise of unconventional forms of electoral campaigning, which are more aggressive in targeting voters, and could be way more costly. A 2017 study commissioned by the Council of Europe, an international organization that seeks to protect democracy and human rights, reveals that in Europe as elsewhere, advertising spending has shifted significantly to digital over the past decade. Political parties have turned to more precise tools to target smaller audiences with customized messages on specific issues. One might recall how, in the race to advanced data-driven electioneering strategies, Cambridge Analytica, a data analytics firm, misused the personal information of millions of Facebook users to micro-target and manipulate swing voters in the 2016 US elections.

Social media has proved to be one of the most important means for influencing voters. The COVID-19 pandemic may have helped to further accelerate the shift in this direction. A study on how election campaigns were conducted in 2020 found that many political parties and candidates around the world campaigned through social media and other online platforms to reach prospective voters. In the Philippines, the January 2022 Pulse Asia survey shows a dramatic increase in the number of Filipinos who turned to the internet and social media for information on who to vote for, in stark contrast to the 2016 data.

These developments call into question the assumption that limiting the size of posters necessarily favors poor candidates. Without the means to finance an online campaign through paid ads and influencers (or troll farms), poor candidates’ last hope may lie with ordinary citizens voluntarily putting up huge posters on their homes in an effort to amplify their voices and generate support for said candidates. Hence, the size limits imposed by Comelec, even on posters set up by non-candidates on their private properties, could, arguably, be working more in favor of candidates who can afford to take advantage of new media and other digital technologies.

To be clear, this is not to argue in favor of non-regulation. But social media has changed the rules of the game, and this entails an honest assessment of whether existing regulations based on traditional electoral strategies still serve their rationale. Technology has undeniably caused a major disruption to political campaigning, and the job of Comelec is to keep its regulations under review, updating relevant standards, where necessary, to account for changes. 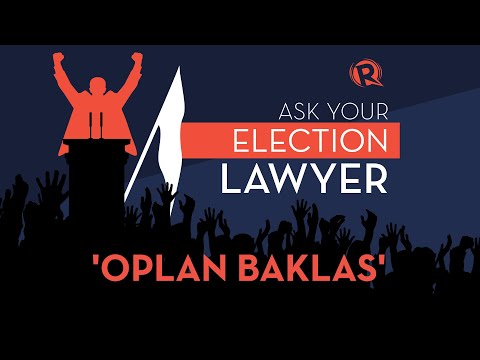 A watershed moment for a grassroots campaign

By insisting on its misplaced logic, the Comelec also fails to appreciate that we are currently witnessing a watershed moment for a grassroots campaign in the country. Social media is replete with proof of this: young people painting murals of their favored candidates, a senior couple putting up a candidate’s poster on their home, volunteers giving away free T-shirts bearing the colors of the candidates they support. Stories of how close friends, neighbors, or colleagues have, for the first time, made small contributions to the campaign fund of their presidential bet, were previously rare.

In Diocese, the Court noted how public discussions during elections are often “framed and kept hostage by brief and catchy but meaningless sound bites.” In a political environment where voters had been accustomed to passively taking their cues on public policy issues from political elites, the efforts we now see from ordinary citizens to shape the narrative and influence the outcome of the upcoming elections on their own initiative, and using their own resources, are extraordinary.

Regulations should encourage rather than stifle such efforts at increased participation in the political process. It is hoped that this political activism manifested in current grassroots campaigns will continue even after the elections and, eventually, be deeply embedded in our democratic culture in order to realize a government that is truly by the people. Amidst the present controversy, citizens have found creative, often hilarious, ways to push back. For instance, to prevent posters from being deemed election material, witty supporters replaced their “Vote for Leni Robredo” posters with “Congratulations Leni Robredo for passing the 1997 bar exam!”

A recent tweet had also gone viral: “Itigil na yang Oplan Baklas kung ayaw nila mabawasan ng isang letra ang ‘baklas,'” hinting that the public will take up arms or “aklas” if Comelec does not halt what they perceive to be an abusive exercise of its power and discretion. The statement was probably made in jest, but it does suggest that the Comelec’s impartiality is now being put in doubt.

In Diocese, the Court upheld the right to freedom of expression of non-candidates while recognizing the need to ensure a level playing field among candidates. Both values are enshrined in the Constitution, and both are essential to a vibrant and functioning democracy. In performing its mandate to ensure free and credible elections, Comelec should likewise find a careful balance between these values lest its Oplan Baklas generate further “aklas” from the growing army of grassroots volunteers. – Rappler.com

Graciela Base is a lawyer who currently works at an international organization. She earned her JD from the UP College of Law and LLM from Yale Law School. Her views are independent of the views of her past and present affiliations.