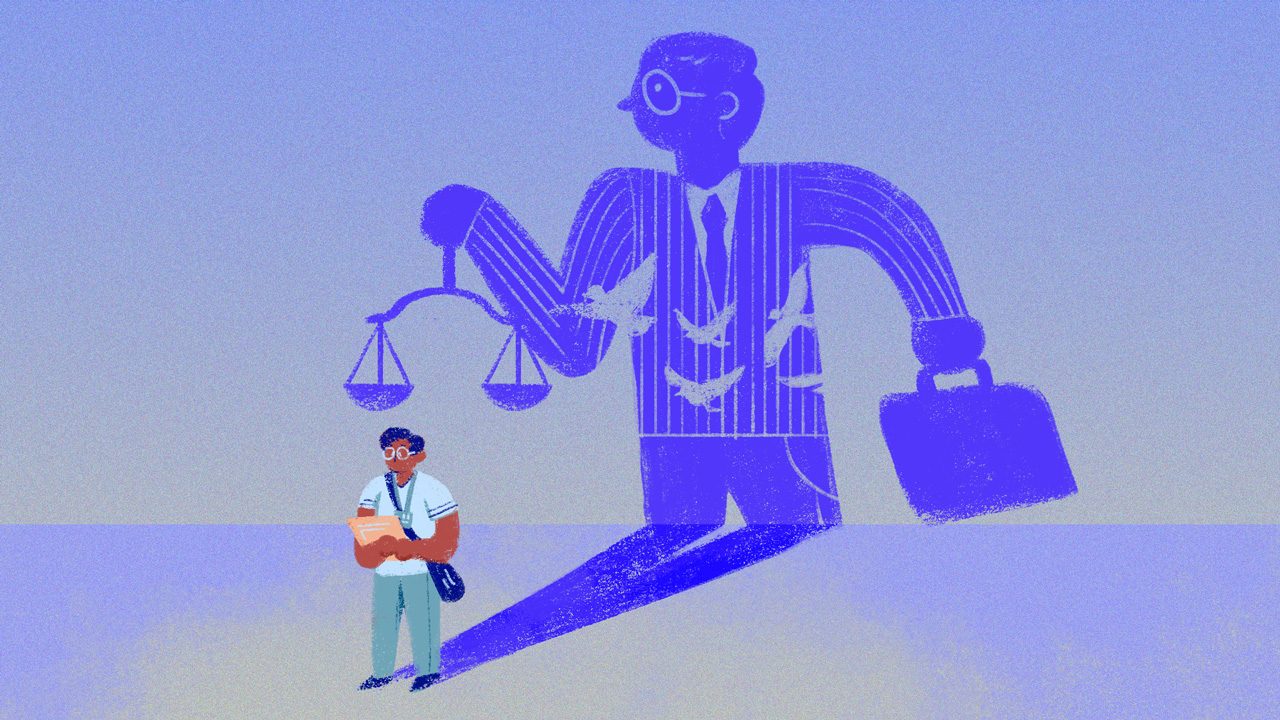 Facebook Twitter Copy URL
Copied
'We need heroes and champions of the Rule of Law that will build society, rather than destroy it'

From an early age, I had been exposed to the legal profession. My father was a lawyer. My aunt, after whom I was named, is a lawyer.  Even my mother’s maiden family name is Magistrado.

But besides the exposure through family members, the law has always attracted me for the values I perceived it to promote and champion: the triumph of truth, logic, and reason over destructive prejudices; justice and fairness for all, regardless of social, economic, and political status; and stability, predictability, and reliability, all of which are values essential to fostering peace and social progress.

Basically, I believed the law – at least, well-crafted ones – is as close to a panacea for all social ills and disturbances as humans can achieve. It satisfies more than just personal interests and inclinations; it responds to people’s real needs and provides an answer to society’s real issues.

And it is that capacity for problem-solving that made me truly see law as a noble profession.

That is why I have always, always – whether in my capacity as a law professor, or a private practitioner, and in the last nearly 14 years as a public servant – considered myself a champion of the Rule of Law.

After all, law, to me, was – is – a noble instrument. And every such instrument calls for a champion, a hero to wield and defend it.

And we need heroes more than ever. 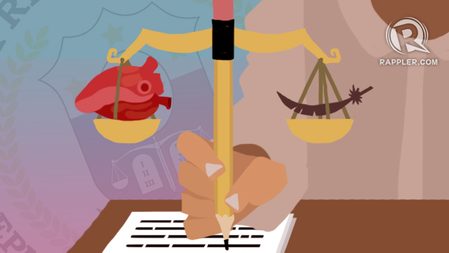 At a time when everything we thought we knew about how law is supposed to respond to society’s needs is rapidly disappearing; when all the predictability and stability it offered has been overtaken by uncertainties and apparent absurdities, as mental gymnastics of acrobatic proportions are more and more often performed to accommodate special interests; when a once noble profession has turned into just another money-making venture, or used as a currency to trade for influence and power – we need heroes and champions more than ever.

Instead of the stereotypical heroes or champions whose contributions are measured by kill counts and injuries inflicted on an opponent, we need ones who will bring back honor, integrity, independence, and service to society through the legal profession. We need heroes and champions of the Rule of Law that will build society, rather than destroy it.

And what better generation of future lawyers to take on that task but you, the generation of lawyers that has been tried and tested by everything from political circuses of caricature proportions, to killer viruses of pandemic proportions?

Who could have the courage, wisdom and moral fiber to follow your conscience when faced with difficult situations wherever your career paths may lead you? 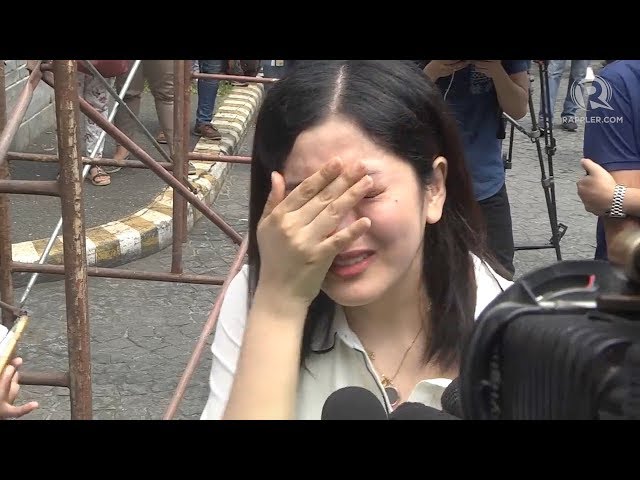 Whether it be in public service in independent institutions such as the Commission on Elections or the Office of the Ombudsman….

In the Legislature investigating heinously anomalous transactions, such as acts of plunder victimizing everyone from farmers and fisherfolk, to health workers and the pandemic-stricken populace…

In the Judiciary, presiding over and serving as the arbiter of justice in “small” and “big” cases alike, rendering justice for all regardless of socio-economic or political status…

In the Executive, standing up against government actions that inflict violence on the defenseless and violate the human rights of the powerless…

Who better to fulfill the duties of maintaining allegiance to the Republic of the Philippines and to no one else, least of all to foreign powers? Or of supporting the Constitution and obeying the laws as well as the legal orders of the duly constituted authorities, and only such legal orders? Of doing no falsehood or consenting to the doing of any court, and so forth?

In response, I ask: who else but you?

You – who have seen how ugly the present state of affairs is, and have battled unprecedented levels of uncertainty in the past 2 years – who could be better than you at adapting and becoming the new breed of lawyers who will show us, the older generations, how the law ought to be, and could be again?

Who else but the ones who know better and deserve better?

Who knows what it feels like to be made a fool of? Who are taught and required to memorize and internalize one set of “laws,” but are made to witness an entirely different set of “laws” being applied to the rich, influential, and powerful?  Who else could fight against the shame of being a party to such travesty?

But why should you, you ask. Why should you not sell yourself and your legal license and prowess to the highest bidder? Why should you be better than past generations that have used the law to gain wealth and power at the expense of the rest of society?

Because you will be building a society for yourself and for your future children to live in, and a dog-eat-dog society is never sustainable. Without your intervention, it will stay on its path of degeneration until no one is safe. 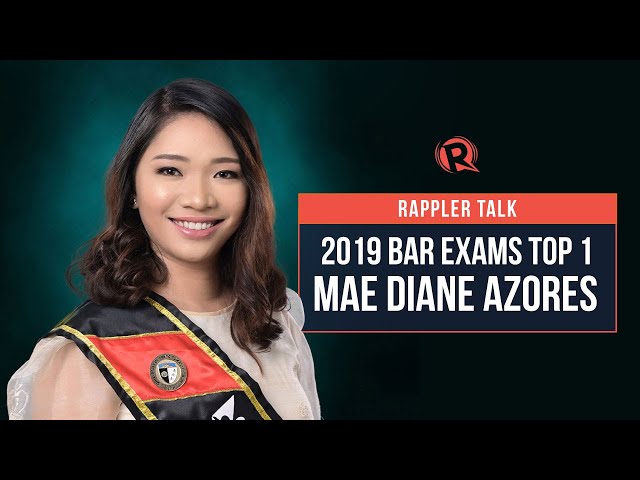 Let this be a lesson that sticks to your mind, if nothing else does: no amount of wealth and power can purchase safety and security from the devil. Once you make a deal with the devil, the devil will always get his due.

There are those in the present who are willing to set the world on fire and watch society burn. We need your generation to resist their efforts and show that the Law can again be noble.

After all, even during the dark days of Martial Law – when all these dark signs had also been present, such as when the erosion of the independence of various branches and institutions of government was seemingly endless and irreversible – there were heroes who stood up and resisted the temptation of selling their soul to the devil. There were those in the Supreme Court who dissented and made their voices heard. There were lawyers who championed democracy and the Rule of Law. And, in the end, they triumphed.

Because, unlike in the movies, the credits never roll once the one battle is won. The defense of democracy, justice, and truth is constant, and it needs fresh generations of warriors to take on the cudgels and carry on the quest for a free, just, and humane society.

Our nation, especially your generation and future ones, needs you to be more than just the “Atty.” that would soon prefix your name. It needs you to be true “attorneys-at-law,” “officers of the court,” and “legal professionals” who will be worthy of the nobility of the title.

And so I join the Filipino people in praying for your success in taking the Bar Exams. Your success is the nation’s success. – Rappler.com