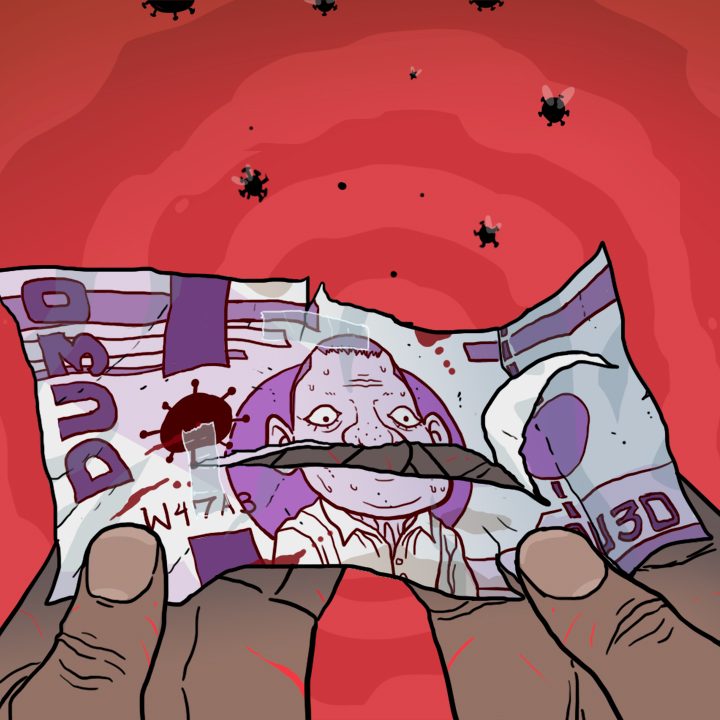 Facebook Twitter Copy URL
Copied
'Part of the failure here may be traced to the President’s penchant for appointing non-reformists, as part of a continuous effort to consolidate political support notably among key political clans and the national security sector'

In 2016, President Duterte ran on a campaign of change politics — to defend the country’s islands against interlopers, to protect communities from the scourge of drugs, to usher an era of less red-tape and more responsive public services, to run after oligarchs who captured  government, and to put a stop to even a whiff of corruption in the public sector. He also topped  all these ambitious promises with yet another one — to change the system of government to a federal form.

Duterte’s 10-point socio-economic agenda was launched around mid-June 2016 in Davao City, inaugurating the regime of the first President from Mindanao. At the top of this list was an important message sent to businessmen and foreign investors as the country was already  sailing into a new era of macroeconomic stability and upgraded credit ratings – continuity in sound economic management, notably in fiscal policy, debt management, and international trade and investment policies.

Difficult legislative reforms were muscled into law by the President’s economic team, riding on the popularity of the President. Duterte proved to be an unpredictable populist, thanks in part to his economic team. Insiders mentioned how the President left most of the economic policy to his trusted ex-classmate turned Secretary of Finance. So the President’s penchant for  promising free public services (e.g. free education for youth, free fertilizers and irrigation for  farmers) and higher salaries for policemen and teachers were quietly tempered by an economic team that struggled to maintain fiscal prudence, while also working to break  longstanding legislative stalemates in tax reforms, rice tariffication, and foreign investment  incentives. 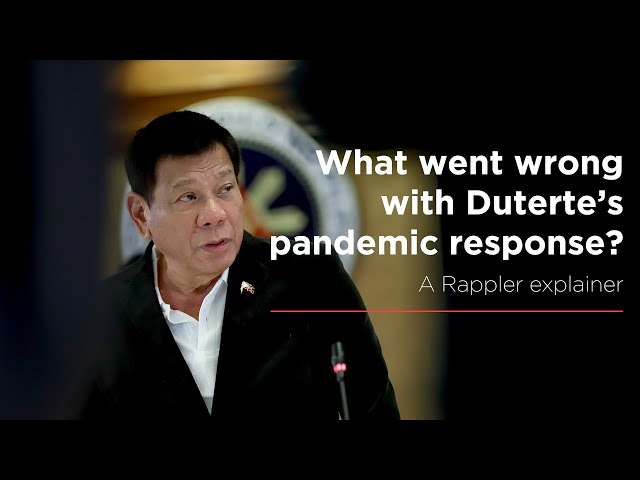 Early perceptions of progress and change

Early in the administration, these legislative gains (and the largely tempered redistributive  tendencies) translated to strong investor and business sector optimism over continued growth and progress for the nation, reinforcing the country’s ascent in investment ratings and building on the country’s re-branding from “sick man of Asia” to “latest tiger economy.”

This was all prior to the COVID-19 pandemic which exposed a glaring gap in the administration’s reforms.

At the time of writing this article in late 2021, the continued failure in pandemic management and crisis response exposed the administration’s very weak reform footprint in terms of improving the bureaucracy and strengthening the government’s capability to execute policies  and programs. Part of the failure here may be traced to the President’s penchant for appointing non-reformists, as part of a continuous effort to consolidate political support notably among key political clans and the national security sector. Hence, only a few agencies  were headed by known reformists. Even reformist allies like the Pimentels and Secretary Jun Evasco  were eventually edged out in the political jockeying.

Some say that these weaknesses were already in evidence prior to the pandemic, but quite likely masked by a very strong infrastructure spending plan and rhetoric. The latter was impressive at first, but quickly ran into implementation issues — later turning more sour as corruption and leakage allegations emerged and government red-tape delays became public.  Similarly, legislative reforms yielded rave reviews from credit rating agencies at first, but problems in implementation led to backlash for some of these reforms.

[PODCAST] What is Duterte’s actual role in pandemic response? The pandemic revealed how weak the capability to execute really is for the Philippines’ public sector. Early on, the country received the dubious distinction of implementing the longest and most stringent lockdown in the world. Throughout this entire episode the Philippines experienced one of the deepest economic contractions in the ASEAN region, and failed to hold  down the COVID-19 curve. Presently, the country appears trapped in repeated episodes of “on-again, off-again” hard lockdowns, having failed repeatedly in its efforts to shift to a more effective and cost-efficient containment strategy for the disease. Once again, the country’s weak capability to execute policies and to coordinate complex inter-agency collective action has been exposed.

Ultimately the failure to handle the pandemic transformed the heath crisis into an economic crisis as well, provoking five straight quarters of contraction before a brief reprieve in the second quarter of 2021. Weak pandemic management shuttered thousands of businesses, and sent  millions of Filipinos into unemployment while millions more experienced hunger. Abroad, the  pandemic’s impact sent over one million OFWs repatriating to the Philippines by August 2021, weakening the much-vaunted counter-cyclical support system of the Philippines during crises, known as remittances.

Inadequate social transfers from the central government did not help. At least one senator blasted the government’s counter-pandemic team for giving only two months’ worth of transfers during 16 months of lockdown by the time the President delivered his 5th and final State of the Nation Address in July 2021. Around the same time, several rating agencies already downgraded their outlook on the Philippines, citing the erosion of its fiscal situation and the jump in its debt-to-GDP ratio, the weakened prospects for quick growth recovery, and the potential for scarring in the economy, noting long-term consequences of the government’s inability to manage the pandemic while minimizing damage to its economy.

This, after bravado and bluster in the beginning of the pandemic that the country had sufficient resources to weather the storm. “Huwag kayong matakot, may pera ako (Don’t  worry I have money),” said the President in March 2020, early in the crisis. A mere five months later, facing another surge in cases and contemplating another hard lockdown, the President  lamented: “Problem is wala na tayong pera (we no longer have money). I cannot give food anymore and money to people.”

Bold ambition and brave reform rhetoric in the beginning quickly gave way to expose weaknesses in his administration’s reform strategy — notably a considerable dearth in reformists and reform strategies to strengthen government institutions. Interestingly, this also appears to be the narrative in the end, as the administration struggles with its pandemic response. A response team led by ex-generals and a largely tainted DOH secretary, who was also the target of both opposition leaders and administration allies on corruption allegations, did not bode well for a credible and effective pandemic management team and response. An early snapshot of the reform record

One can expect many more extensive assessments of the Duterte administration in the years ahead, but at this stage, it is already plain to tell that the reform legacy of President Duterte is a very mixed one, and significantly marred by the way his administration handled the  pandemic. Using the lens laid out here, the pandemic appears to have merely exposed  weaknesses that already plagued the administration. Merely blaming the pandemic for the bad economic performance in the end is clearly too simplistic.

For an administration so fixated with creating matrix upon matrix of conspirators against it, the attached matrix of performance reflects the mixed record of the administration against its own 10-point socio-economic agenda. (It was later re-packaged and branded as the “zero to ten” reform agenda in order to reflect the President’s insistence to prioritize the anti-drugs campaign. In order for it to make sense, government comms deftly called it “zero” to reflect the complete elimination of illegal drugs.) The mixed record on the economic reform agenda is largely repeated in mixed results on key areas such as peace and order, competitiveness, tax  reform, infrastructure, agriculture, and investments in human capital. In a few areas such as investments in technology, there was barely any reform progress to speak of, so calling the results “mixed” is too generous.

Slightly more extensive assessments have been conducted by researchers in the Ateneo Policy  Center as part of “DU30@5,” probably one of the first analyses of the Duterte administration’s  policy reform record. It is part of the Center’s effort to contribute to more evidence-informed voting in the upcoming May 2022 elections. (Those assessments can be accessed on this link.) The resulting assessments of the economic and legislative reforms, as well as the administration’s record in social sector reforms and national security policies, reinforce the “mixed record” narrative already outlined here.

It will be interesting to see how history remembers the country’s first President from Mindanao, and the glaring imbalance between his popularity and performance. Until then, these early studies expose some of the facts and evidence to commence the effort.

[MATRIX] Popularity vs. Performance – Rejoinder on Duterte’s Reform Legacy by Rappler on Scribd

Ronald U. Mendoza, PhD, is a governance and institutional reforms specialist with over 25 years of experience in development policy and public administration reforms. Presently, he is Dean and Professor of Economics at the Ateneo School of Government.

Gabrielle Ann S. Mendoza is a graduate of the BA-MA (Honors) program of Political Science in the University of the Philippines Diliman. She is currently a research assistant at the Ateneo Policy Center.

The Duterte at 5: The Duterte Administration By the Numbers is a series of comprehensive reports covering the Duterte Administration’s economic policy management, social and development programs, legislative reforms, and national security, anti-corruption, and anti-crime policies. Prepared by the Ateneo School of Government, the comprehensive reports feature write-ups, video interviews, and video explainers from economic professors, political science experts, and development fellows.

For more information on the reports, you may contact Jaz Malonda at mmalonda@ateneo.edu.