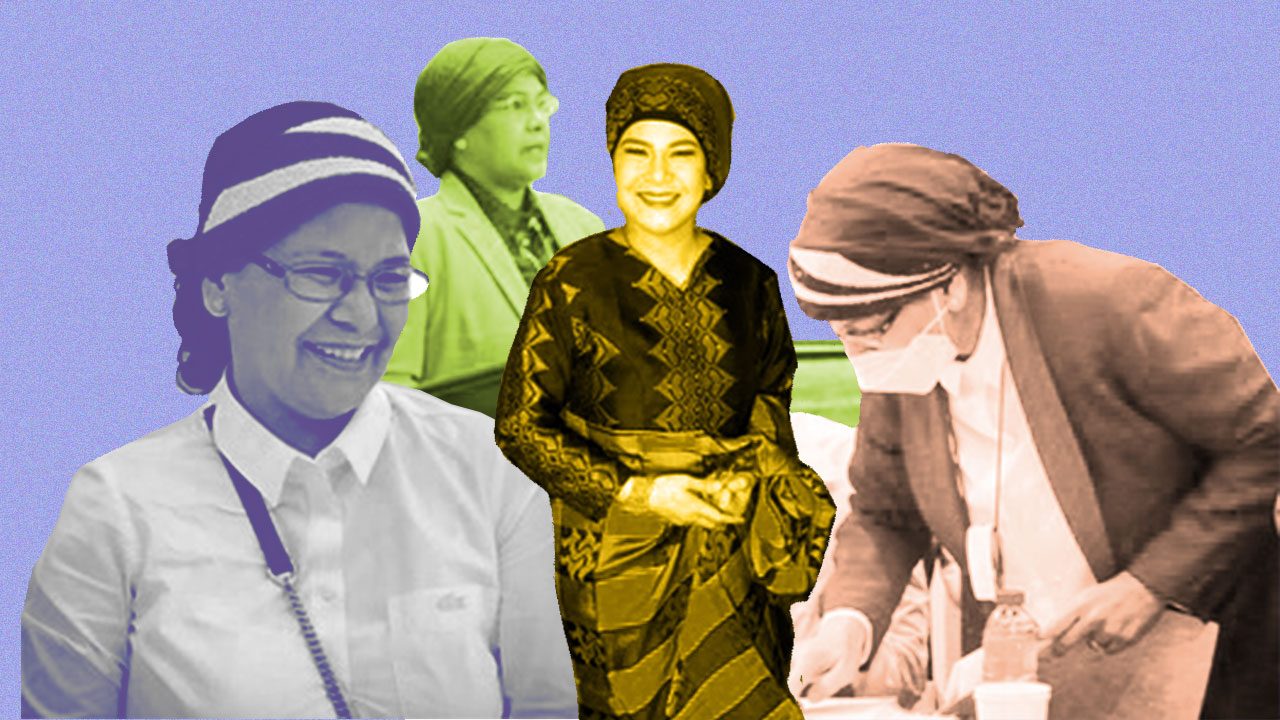 Back in college, where I was an engineering student, there were often only two to three female students in our engineering classes – a small set of women in a college dominated by men. At first, adjustments were difficult: I was sitting in classes where the male students outnumbered the females. I had to overcome the feeling of being one of the boys each day.

To cut a long story short, I graduated from college and became a civil engineer. I entered the executive branch of government service in the now-defunct Autonomous Region in Muslim Mindanao (ARMM), where I worked for almost 30 years. After that, I became one of the 80 members of the Bangsamoro Transition Authority (BTA), the interim government of the newly-established Bangsamoro Autonomous Region in Muslim Mindanao (BARMM) that has replaced the ARMM.

Only 16 of the 80 members of the Bangsamoro parliament are women. I drew strength from the adjustments I had to make in college. I could do this, I told myself, and I have been doing just that: working with my colleagues in the BTA in the same way I handled being one of very few women in my college engineering classes.

The interim Bangsamoro parliament is the first of its kind in the Philippines, where we have a unitary presidential form of government.

The formation of the BTA, and of BARMM, is a positive development in the efforts to create more inclusive participation for other sectoral representatives – such as the Bangsamoro women. The challenge, however, is still how to make it work to the best interests of the people within our area of jurisdiction.

Being a female member of a male-dominated parliament comes with challenges, as well as opportunities.

I did not realize that the compartmentalization that comes with being a woman in the minority of this legislative body affected me until I experienced some of the drawbacks that come with this position I find myself in.

One should learn to accept various limitations within a preconceived, limited space in the parliament. These are what they call “given” – given that you can either get used to something, or go against the grain by creating changes to whatever may be the norm. For the greater good, of course.

Early this year, I posted a picture on my Facebook Timeline of our oath-taking as newly-elected officers of the Bangsamoro parliament. The photo was uploaded to one of the official Facebook pages of the regional government.

In that photograph, only three of my colleagues and the Speaker of the Parliament – all of them male – were visible. I was the only woman among the newly-elected officers taking their oaths on the same day, but I was not seen in the picture, despite the fact that I was definitely on the same stage as my male colleagues. The angle from which the photograph was taken excluded me, apparently.

Intentional or not, I felt bad about that. Not out of any hope for publicity, but because I perceived this to be just one more thing to put on the list of downsides to being a woman in government service.

That photo could have created positive symbolism if it had not excluded me, a woman. This was a missed opportunity for getting this message out to the other women in our autonomous area, and indeed, the country: Women help build a nation. Women represent their people, and work to build a strong and good future for all. Building a nation takes everyone’s efforts, whatever their gender is.

Women’s voices should be heard. We are among the people for whom government exists. We should be treated equally, regardless of our gender, and the group to which we belong in the parliament. Giving women equal treatment and equal opportunities will go a long way toward building better communities, better nations, and a better world, because then we can contribute more, and better, to the process of building what the people need to prosper and thrive. Our hands can do the same work as the hands of men, and just as well, too.

The realities I’ve shared may be normal in a democratic parliament, similar to my college experiences where I had to learn how to deal with situations in which I was part of the minority, and accept those situations – and learn when you need to assert yourself. It is a matter of picking your battles.

Speaking up and raising concerns as a woman legislator in the parliament sometimes results in negative misinterpretations of the message you seek to send out. This is not surprising. I have worked in government for decades and have had to deal with such situations across my career in public service.

Whatever technical inputs I share with the parliament are based on my work experience and my training as an engineer, and as a public servant.

My intentions and objectives have always been clear: I seek to contribute what I can to making the Bangsamoro better, if not the best. Being a woman does not change either my mandate, or my determination to fulfill that mandate.

On the other hand, the parliament, through its rules, procedures, and practices, secures the right of representation for minorities and the marginalized – including women.

Yet this privilege of being a vice-chair is not explicit if one knows nothing about the job. Sitting side by side with these accomplished gentlemen sometimes feels intimidating, but, with firmness and dedication to the job at hand, minority women’s voices can ring even louder than those of the men.

In this time of pandemic, one’s determination and courage to serve despite health risks is sorely tested. I make sure that my physical presence – both in the committee meetings and in the plenary sessions – is felt. I face every challenge squarely, and participate in every heated discussion by the parliament. This is my way of giving justice to the job entrusted into my hands, and to the Bangsamoro people who expect me to deliver on my mandate – and rightly so.

How Gretchen Malalad turned an Italian gig to gold The COVID-19 pandemic equalizes men and women in the parliament. No gender is spared the risk of infection, but, thank God, I still manage to survive and get along with groups of men in the parliament who bravely attend the plenary sessions physically, if only to advance the cause of the Bangsamoro.

Courage is not the sole province of men. Nor are intelligence and a good work ethic. All these human traits are gender-agnostic.

If I will make a stand for equality, then I will stand shoulder to shoulder with my male colleagues, and take as much responsibility for the job at hand as they do. Equality, after all, is a two-way street. Each individual, regardless of gender, should uphold it.

While we acknowledge and honor the contribution of men in the decades-long fight of the Bangsamoro for self-rule, let us also remember every woman who needed to tend  to their families and their children while the men were out in the field defending our right to liberty and self-determination. – Rappler.com