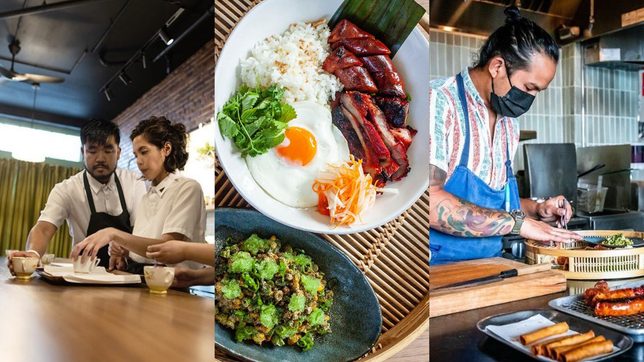 In most working democracies, political parties provide platforms of government; they likewise provide platforms for the choice of potential candidates by means of primaries, conventions or consultations. Once they elect their standard bearers, the campaign then begins to win adherents among the electorate.

In our country’s political landscape, we seem to have perfected the art of putting the cart before the horse, so to speak. Candidates do not emerge from an agreed pre-ordained process of selection organized by the political parties. Rather, for the most part it is a case of personalities that “parachute” into political organizations which can then serve as their electoral vehicles. Staged by so-called campaign strategies, pollsters, and a mixed bag of allies, they seem to arrive in the “last two minutes” of the electoral season.

In so doing, our citizens become passive spectators in the sport of party-switching and political-spinning that has become a career path for certain people, who have hopped from one party to another in pursuit of backing the “winning horse,” certainly out of convenience, but rarely out of principles. In a democracy, the citizen is foremost and the act of voting a most sacred right, but the choice becomes difficult when political parties are unable to perform their tasks so that the process becomes a “game of chance” – who seems to have the best “chance” of winning?

A most glaring example of this phenomenon is the “hijacking” of Aksyon Demokratiko by politicians who have become the party’s standard bearers shortly after “parachuting” from multiple parties – bereft, it seems, of serious discussions with regular members. It has become an object lesson in the “tail wagging the dog.”

In a sense, Aksyon Demokratico can be considered one of Raul Roco’s enduring legacies to Philippine politics: a progressive, forward-looking party, small but vital, with young, vigorous talented leaders among their ranks like Pasig’s Mayor Vico Sotto and Representative Roman Romulo. In the 2019 senatorial elections, they were also represented by law professor Pilo Hilbay who ran under the Otso Diretso coalition.

I first met Raul Roco in the late ’50s when we both represented our schools (San Beda and Ateneo) in the annual Student Catholic Action gathering in Baguio. Since he had studied grade school at Ateneo de Naga, and I did primary grades in San Beda, we exchanged stories about the Jesuit and Benedictine mentors whose paths may have crossed ours. I had followed his career from the NUSP to the IBP, to the Senate and the Cabinet as Secretary of Education, and as presidential candidate twice before cancer cut short his brilliant career. Roco founded Aksyon Demokratico and launched his campaign in 1998 on five essential pillars: “honest governance, opportunity for all and privileges for none, peace, productivity and prosperity, education and environment for sustainable development.”

Raul Roco was larger than life; he stood tall among his peers. He had worked with the late Senator Benigno Aquino, and strongly opposed the repressive Martial Law regime. Precisely because of what he stood for, and what he hoped Aksyon would become, it would be important to reflect on recent developments in the run-up to 2022 that have overtaken the party he founded.

In stark contrast to Roco’s principled positions on critical issues, the party’s new standard bearer seems uncertain and hesitant about his understanding of the Martial Law years, a litmus test, if there ever was one, on the politics of conviction. At one point in a recent interview with Karen Davila, Manila’s Mayor stopped short of his critique of the Marcos years by saying that “I was too young then.” When asked if he saw anything positive in the dictator Marcos, he described the failed dictator as a “visionary.” When pressed about the possible entry of Bongbong Marcos into the presidential race and its impact on the “revision of history,” he tried to explain that “the feelings of the Marcos’ might be that they were oppressed,” (inapi was the word he used) and thus, “They’re entitled to explain themselves.”

It might be important at this point to paraphrase the novelist Milan Kundera, so that our youth will always remember that “the struggle against power is the struggle of memory against forgetting.” In dealing with the past, Kundera pointed out in another piece, “The forces of forgetting erases while the forces of memory transforms.” As we confront our continuing past, we cannot afford to suffer from amnesia in the run-up to 2022 – if we are to transform our present.

Straddling all sides by refusing to consider oneself either in opposition or with the administration, it is understandable if what matters most is winning at all costs. However, the arithmetic of numbers cannot be the primary consideration when what is at stake at the moment is the soul of the nation.  If one examines the political trajectory of the party’s standard bearer, it is worth noting that the Manila Mayor has been associated with at least five political parties in his career: the Nacionalista Party from 2006-2010, the United Nationalist Alliance from 2010 to 2014, the Partido ng Masang Pilipino from 2014-2016, the National Unity Party from 2016 to 2021 (with the Asenso Manileno as his vehicle for the mayoral contest in 2019).  His vice presidential pick was a member of the Lakas-CMD just a few weeks before he jumped ship to join the Aksyon ticket for 2022.

What lessons can we draw from these experiences as they unravel before our eyes?

It seems clear that the shortcomings in our country’s political parties have contributed to our country’s democratic deficit. We are where we are because of the cumulative failings in our past. It did not take place overnight, and neither will we surmount our hurdles in the lifespan of one electoral cycle.

Moreover, the current crises experienced by the Philippines in this period of the pandemic cannot be resolved by the politics of personalities or personages or patronage. It is good to be reminded by the bold truths expressed by Tolstoy in War and Peace that it was the people on the ground, and not the despots and tyrants of Europe, who made and re-made the region’s history. As politicians do their musical chairs of jumping from one political party to another, it is important to be reminded that what ultimately decides what eventually happens are the toiling people huddled in their homes or organized in social movements of their choice whose voices and votes determine the future.

What then remains to be done?

What we need more than ever are strong institutions, independent and undaunted; political parties that present credible platforms of government; and an electorate that are given educated options in their choice of possible leaders in this most difficult of times.

The period leading to the coming 2022 national elections can provide this opportune moment to pause and reconsider where we stand, where we wish to go from here, and how to get there – with courage, with hope and belief in ourselves and in our capacity to deal with adversity just as we have done in the past. There is no reason why we cannot summon all our reserve energies and do so again. Courage!

One of the framers of the 1987 Philippine Constitution, Ed Garcia taught political science at the University of the Philippines, and for more than a decade taught Pol Sc 160 – Society, Politics, and Government, focusing on political parties and social movements.