[OPINION] Radical love as national policy: Are you out of your friggin’ mind? 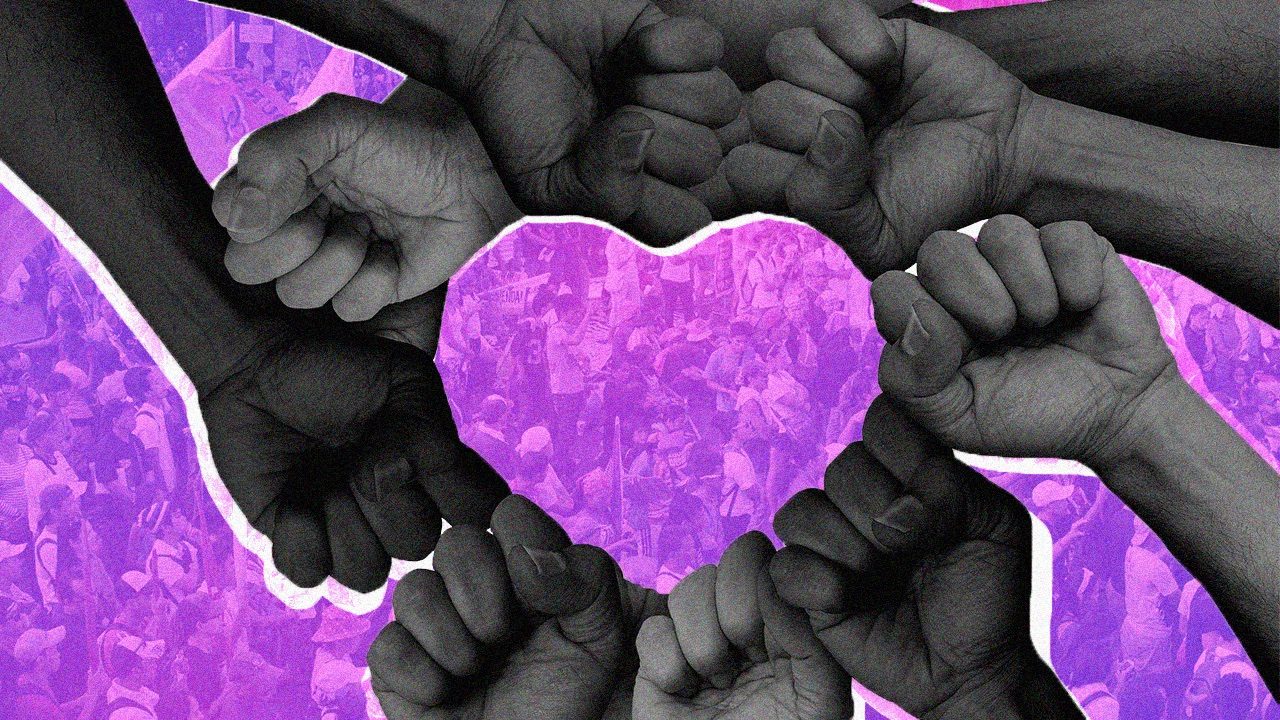 Facebook Twitter Copy URL
Copied
Yes, love is political, and thus capable of 'feeling deeply any injustice committed to anyone, anywhere in the world'

They say love conquers all. Nothing can be truer.

When Patreng Non kicked off what ultimately spread as the community pantry phenomenon shortly after the militarized lockdowns, people recognized the call for empathy as a necessary movement that could help our embattled society carry on despite its struggles.

At a time when hunger and unemployment ravaged every corner of the country as an offshoot of the pandemic, Patreng Non decided to respond with a simple act of compassion: provide a food cart where people can grab foodstuff for free, but only within their needs. Nothing more, but nothing less.

Regardless of the warm welcome it received from the public, many in power treated the show of humanity as a crime. Trolls labeled community pantries as a communist recruitment tactic. Others quickly denounced it as a political stunt aimed at undermining the Duterte regime’s pandemic response.

The right to eat and the basic right to life are twin rights under our Constitution. Nowhere can it be said in the Revised Penal Code that feeding the poor and the hungry is a felony or a terrorist act. Nevertheless, even a few pundits with a fairly humanist education saw it as a form of propaganda. *Eyeroll*

Have Filipinos become too snug in their own little bubbles that we’ve become blind to the needs of others?

As Rappler’s Glenda Gloria once asked, “Did we get too comfortable in our hard-won public space, that we gated ourselves from those that ached for needs more basic than our right to speak, such as the right to eat?”

It was nevertheless amazing how some people took the idea and ran with it. Community pantries sprouted everywhere. The effort crossed huge cities and provincial borders. The German envoy praised the movement, saying it deserves respect. Social media had a heyday posting photos and videos of people lining up and grabbing only what they needed.

For a country forced to bite off more than it could chew of militaristic lockdowns, police brutality, assassinations, debt in the trillions, harassment from trolls, and open threats from the President himself, the ordinary Filipinos’ well-mannered attitude towards community pantries disproved all accusations by the powers that be that we are largely undisciplined brutes.

Fact is, government has been proving itself the most undisciplined by its brazen disregard of laws, policies, the Constitution, pandemic protocols, even basic human courtesy. Its stockpile of misdemeanors, let alone crimes, is mind-blowing.

As the 2022 election inches closer, I wonder: could our problems, massive as they are intimidating, be solved by love?

No, I’m not referring to the Valentine’s Day-addled, motel-hyped, chocolate-and-roses romance, but the steady, insistent, and stubborn sort of love Che Guevara once defined as “radical” and “revolutionary.”

In his Motorcycle Diaries, Guevara wrote, “The true revolutionary is guided by great feelings of love.” In the same book, he stressed, “Above all, always be capable of feeling deeply any injustice committed against anyone, anywhere in the world.”

Of course, to put a simplistic value judgment on this crazy thing called love may not serve the purpose of parsing unintended complexities that might go with including it in national policies.

Love, to many, is a mere emotion, a sentiment often based on passion, not facts. Love is blind, as the famous saying goes. And never is this truer than when one swoons over a love interest whose qualities leave much to be desired.

Be that as it may, the love I’m referring to is a force to be reckoned with. It stands on the metal shafts of strong political underpinnings.

Yes, love is political, and thus capable of “feeling deeply any injustice committed to anyone, anywhere in the world.” Let me emphasize that this is true regardless of any character flaw in the individual and society.

There’s no denying that under the Duterte regime, the current legislative enterprise borders on fear. This cannot go on. We cannot be subject to fear any more than we should be subject to the whims of one man.

If society will progress, and it must in order to survive, then it is incumbent for people to come to a consensus: are we our brother’s and sister’s keeper, or is this just another one-liner Bible quote we can live without?

As national policies, wars and militarization, exploitation by corporate bullies, largely reckless pandemic responses, to say nothing of the ongoing disregard for health care, have become passé. Not only out of fashion, but out of whack.

Any guarantees of security from iron-hand policies had crumbled long before COVID-19 arrived. These had become not only irrelevant to the cause of human dignity and progress, they have been unmasked by the pandemic for what they really are: destructive, vicious, and deadly.

If humanity should live to tell its tale, what with the prospect of living with a stubborn virus, we must begin imagining a society ripped from the shadow of its former self. If the 20th– and 21st-centuries were marked by hate and indifference, then perhaps it’s time we take a closer look at empathy and compassion as sociopolitical and economic game-changers.

I mean, if you really want to talk radical, then radical love is the only way to go. Not church charity, not dole-outs, not alms, not corporate social responsibility. Not the ballyhooed benevolence of dictators or philanthropic attempts of the rich. None of the social dialectics peddled by militarized governments. They’re no different from eating sweet icing on a rotting carcass.

I’m referring to a society where, instead of neglect, there is nurture; instead of shenanigans, an attitude of sharing. Instead of fascist-style subjugation, service; in place of militarization, militant empathy.

Impossibly utopian? Naïve? A romanticist’s pipe dream? Are you friggin’ kidding me? Perhaps, but tell me: what in God’s good earth is wrong with that? How is it naïve to imagine a better future? Aren’t ideologies, political or otherwise, utopian at their core? Isn’t it that what was undeniably impossible a century ago is now a reality?

Novelist Arundhati Roy said it best in her book of essays, The End of Imagination: “To love. To be loved. To never get used to the unspeakable violence and the vulgar disparity of life around you. To seek joy in the saddest places. To pursue beauty to its lair. To never simplify what is complicated or complicate what is simple. To respect strength, never power. Above all, to watch. To try and understand. To never look away. And never, never to forget.”

Yes, I may be shooting for the moon, the stars even, for an idea I will never see in my lifetime. Neither my children nor my grandchildren will ever see the day of its fruition.

But who knows? Alexander Graham Bell (or was that the Italian inventor Antonio Meucci?) would’ve loved to see what we’ve done with the “talking telegraph.” – Rappler.com