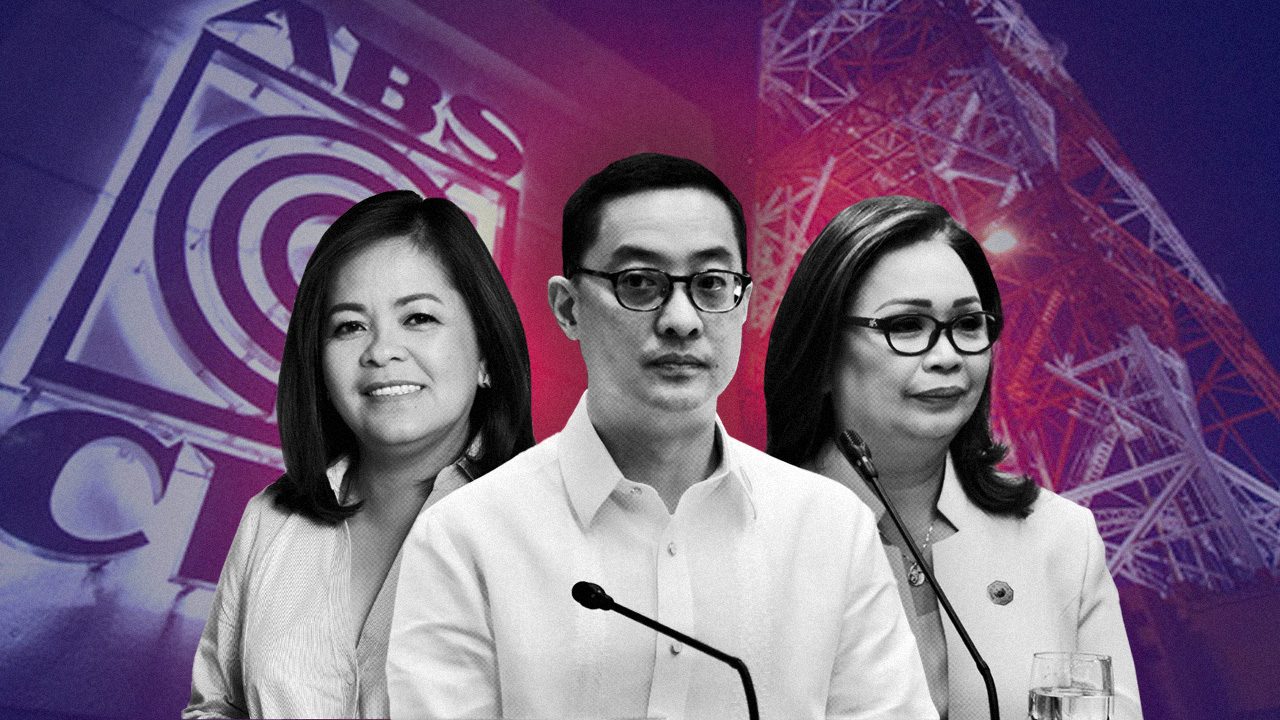 Facebook Twitter Copy URL
Copied
'ABS-CBN as a company will not be destroyed, but will be strengthened by what was done to it'

Last Friday, the House Committee on Legislative Franchises denied ABS-CBN a new franchise to operate as a broadcasting network. This was a political decision by President Rodrigo Duterte that leaders of the majority in the House of Representatives executed. Although explicitly admitted by the President a few days ago, any observer would have seen who was behind all the machinations against the company.

Whether motivated by presidential displeasure, an authoritarian rationale to intimidate the press, or insidious business motivations as some suspect, the ABS-CBN decision directly harms tens of thousands of Filipinos, will make many families go hungry, and result in many home evictions as well as children unable to continue their studies. I know this for a fact knowing dozens of ABS-CBN employees personally – and not just the top talents or big names but also rank-and-file and younger reporters. I know that many of them are in dread now waiting for separation notices that will be issued in the next few weeks. Already the company has announced that the termination of employees will be effective on August 31.

The owners of ABS-CBN, which includes the Lopez family and other shareholders (at least the ones who can afford to take a long view) might actually come out winners in this fiasco.

For the record, I do not believe that today’s Lopezes can be described as oligarchs. This is clear to anyone who knows of the commitment of Oscar Lopez to protect our forests and biodiversity, the leadership of Piki Lopez on energy issues, where he has steered the Lopez energy companies EDC and First Gen away from coal to a total commitment to renewables, and the passion and dedication of Gina Lopez who worked tirelessly until she died to protect nature and children.

ABS-CBN as a company will not be destroyed, but will be strengthened by what was done to it.  Analysts have said that this positive outcome could happen if the company is able to traverse a complete transition to digital and internet-based formats which anyway is the future of media and entertainment. The excellence and integrity of Carlo Katigbak, Cory Vidanes, and Ging Reyes gives me confidence that they will be able to lead their company to continued dominance in the field.

In this regard though, the public will still suffer as there will be a period when many, especially the poor, will not be able to have digital access to the company’s news, public affairs, and entertainment programs.

The biggest loser in this controversy is going to be the Philippine economy. Expect the ABS-CBN non-renewal to have a ripple effect in many affiliated industries as well as financial institutions like banks that have exposure to ABS-CBN. Moreover, through this decision, the political leaders of this country signalled to foreign investors that decisions with enormous economic impact will be decided arbitrarily.

The grounds for not renewing the franchise of ABS-CBN are arbitrary. I have thoroughly reviewed the findings of the Technical Working Group (TWG), using my lens as a constitutional law professor for decades, which include significant technical work for the executive, legislative, and judicial branches of government, and have found the work of the TWG sloppy and careless, and its conclusions badly argued.

The TWG (minus Representative Stella Quimbo who dissented), and the Committee on Legislative Franchises (minus the 11 representatives who voted down the TWG recommendations) erred in the facts, interpreted the law wrongly, and distorted public policy in denying ABS-CBN a new franchise.

For example, ruling that Eugenio Lopez III, a dual citizen of the Philippines and the United States, is ineligible to own and manage ABS-CBN, is totally wrong. All first-year law students know the distinction between dual citizenship and dual allegiance. The former is allowed while the latter is proscribed. While dual citizenship is involuntary, dual allegiance is the result of an individual’s volition.

Time and again, the Supreme Court has said that having a foreign passport does not mean that one has renounced his Filipino citizenship. Three decades of service to the Filipinos and his track record as an executive of ABS-CBN will speak for itself. Being a natural-born Filipino, Lopez is entitled to all the rights and privileges accorded thereto.

Likewise, on the issuance by ABS-CBN of Philippine Depository Receipts, the TWG insisted that PDRs granted ownership rights to foreigners and thus violated the constitutional rule that mass media companies must be owned only by Filipinos.

It need be stated again that the PDR holder is limited to exercising two rights, i.e. cash distribution and option to purchase the underlying share, neither being rights in exercise of ownership. Foreign PDR holders cannot own or manage ABS-CBN which will not be allowed by the Securities and Exchange Commission and the Philippine Stock Exchange in the first place.

The precedent set in this congressional decision is a red flag to all PDR holders, indeed to all foreign investors. Compounding this are the other lapses in the TWG analysis of the franchise, tax, and labor violations of ABS-CBN – where the TWG and the Committee conveniently ignored the findings of regulatory agencies that no such violations occurred or that such violations have already been addressed.

Many have said that this arbitrary decision on ABS-CBN is the final nail on foreign direct investment in the Philippines. We are now a pariah to foreign investors.

While the owners of ABS-CBN, by reorganizing and redirecting its business, can recover from the non-renewal of its franchise. the people and our country will suffer immensely from this combined presidential and congressional decision.

This is why it is important to reverse this political decision, not because it is good for ABS-CBN or its owners, but because it is the right thing to do for its employees, for the poor, and for the country.

While a people’s initiative is an option, the cost of doing that is substantial – for gathering the signatures, waging the campaign, and for the Commission on Elections to conduct the plebiscite. Besides, the 2022 elections is less than two years away. The resources and energy for a people’s initiative is better expended on the political campaign ahead and vote in a new president, House of Representative and Senate that would support a franchise renewal.

What the employees and supporters of ABS-CBN must do is to keep this issue alive every day and every week in the months to come. We must not move on; in fact, we must make this issue at the center of the next election, combined with others just as important. For me, that would be the repeal of the anti-terrorism law, a stronger position against China’s assaults on our national territory, a better approach to the COVID-19 pandemic, the release of Senator Leila De Lima and other political prisoners, and the resumption of peace negotiations with the National Democratic Front.

As the ABS-CBN decision is political, it can only be reversed in a political manner. A majority of our people, as surveyed by Social Weather Stations, support ABS-CBN. That support must now be harnessed to reverse the decision. – Rappler.com