[OPINION] Being on the right side of history 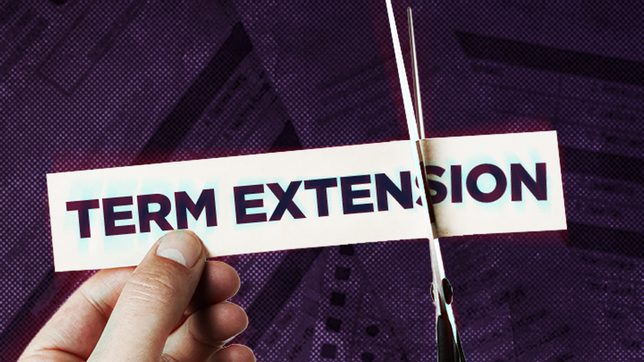 Facebook Twitter Copy URL
Copied
I am not one to eschew nuances, and I believe that politics and history, under normal circumstances, are not black and white. But once in a while, they are.

A vote for Vice President Leni Robredo will be historical. If she wins the presidency, it will  be a turning point in the fight against COVID-19, the ballooning Philippine debt estimated now at P11.64 trillion or S$34 trillion, government corruption and incompetence, the deteriorating relationship between the Senate and the Executive, the  House of Representatives’ subservience  to the Executive, and, generally, the slide of the country towards hell.

Vice President Leni Robredo’s presidential candidacy is not only a patriotic necessity but, more so, it is the carrying-out of a principled duty. This country has been suffering for almost 6 years. Moral leadership has unfortunately been wanting not by accident but, for many, by design. The Duterte administration has been responsible for a number of horrific controversies: extrajudicial killings, West Philippine Sea Chinese intrusion, attacks on press freedom, and the persecution of journalists, opposition politicians, and activists among others. This is all not to mention the numerous COVID-19 response rankings that have the Philippines as one of the  bottom placers.

The  state of our government has even gained international notoriety. The International Criminal Court has already approved the investigation of the administration’s war on drugs, stating in a preliminary report that there was evidence showing that crimes against humanity had been committed under Duterte’s watch.

Staunch and persecuted journalist, Maria Ressa, recently won the Nobel Peace Prize for her pursuit of truth in the face of a hostile administration. Without doubt, it is a damning indictment on the state of the Duterte government, to have someone win the Nobel Prize for her efforts to expose the truth about it.

The incompetence and moral bankruptcy of this administration have been punctuated by statements of President Duterte himself, who once described the 1987 Constitution as  toilet paper, saying that the Constitution was “nothing to [him] actually” and emphasizing to listeners, “do not give [me] that piece of paper. It doesn’t mean anything to me at all.”

He is also known for his attacks on religious leaders, once saying of bishops, “walang silbi yang mga gagong iyan.” Most notable however is his declaration against the poor, quite possibly the sector of the population which pinned its hopes on him the most during the 2016 campaign. To jeepney drivers criticizing the government’s PUV modernization program, he famously said “Mahirap kayo? Putang ina, magtiis kayo sa hirap at gutom, wala akong pakialam.”

The prolonged COVID-19 pandemic and its handling  by the government has generated  a perception of  how deep corruption in this administration goes. As we witness the unravelling of the Pharmally billion-peso Senate investigation, the Filipino people are once again forced to reckon that notion of  how those with position and power would sooner make profit than consider the millions of lives at stake in a pandemic.

However, instead of standing up for the Filipino people – for health workers, for patients – the President appears to obstruct the investigation. He  ordered cabinet secretaries to no longer attend the senate hearings. During his nightly tirades, President Duterte verbally attacked the senators, hurling insults at them and threatening them with arrest.

What is  frustrating is that  President Duterte could have sided with public interest by simply and literally doing nothing. He could have focused on his executive duties  while allowing an independent and co-equal Senate  do its job. Instead, he goes out of his way to malign the investigation, even going as far as ordering the police and military not to arrest people who disregard Senate subpoenas.

This is autocratic. Another six years of this will be devastating to our democratic system of check and balance.

Many are exhausted, no longer able to take  this administration’s negligence and impunity. As we stagger to its end in 2022, we must ensure that  those who run  the government  now no longer be extended, directly or vicariously, in whatever shape or form.

That non-extension includes taking a hard line against those who have allied themselves with this administration. To say that these people, if elected, will be any different is a fantasy. Any assurances on their part could be mere ploys to get votes.

Ferdinand “Bongbong” Marcos Jr, one of the candidates, is the son of former dictator Ferdinand Marcos, Sr. He, along with his mother and sisters, resisted the legitimate and moral claim of the Philippine Government  amounting to an estimated $658,175,373.60 as of January 31, 2002, plus interest. With utmost clarity, the Supreme Court  declared that, “[i]n the face of undeniable circumstances and the avalanche of documentary evidence against them, the Marcoses failed to justify the lawful nature of their acquisition of the said assets. Hence, the Swiss deposits should be considered ill-gotten wealth and forfeited in favor of the State.” Where is the moral ascendancy necessary of a leader?

How about  candidates who identify the dictator Marcos as someone they admire, whether totally or only in some aspects? There is no trust to be given to anyone who thinks whatever was allegedly gained during that dictatorship was worth the cost. I think these people are either blind or   believe   force and abuse will solve many things, and will justify the rest. They have been unprincipled now, and we cannot expect them to suddenly change once they are in power.

And then Senator Bato de la Rosa filed his presidential candidacy. He was  reported  to have said: “Kung talagang gustong tumakbo si Inday Sara, I am open, I am willing to give [way] to her.” If Sarah Duterte goes through with this, is this not a mockery? Her use of similar means as her father may be the first of many similarities. She can also appear tough. Remember how, in 2011, she punched  a court sheriff enforcing an order.

However, it would be a discredit to Vice President Leni Robredo to say that she should be voted because of the many faults of her opponents. She herself is, independently, an upstanding candidate with  dignity, intelligence, compassion, and capability. There is no shortage of  people singing her praises for all her hard work. You do not need me nor this article to tell you.

Not black and white

May 2022 therefore will be very important. I am not one to eschew nuances, and I believe that politics and history, under normal circumstances, are not black and white. Nor are they as straightforward as good versus evil.  But once in a while, they are.

We are far from being in  normal circumstances. We, as a nation, are on the brink. Any more and we may just as well fall to our doom. This coming presidential election, to be brutally honest, is about a choice: do we choose surrender, or do we choose hope. Do we choose to continue on this path of destruction, or do we choose to live?

I am convinced  that voting  for VP Leni is not just another political choice. We are at a point where it is a moral necessity. Against all odds, it is a vote for hope that we can have something better.

Win or lose, choosing VP Leni Robredo to be our President will put us on the right side of history. With a concerted effort and some luck, we can bring the rest of the country with us. It can be done. – Rappler.com