[OPINION] Padre Roque, who helped us see the light 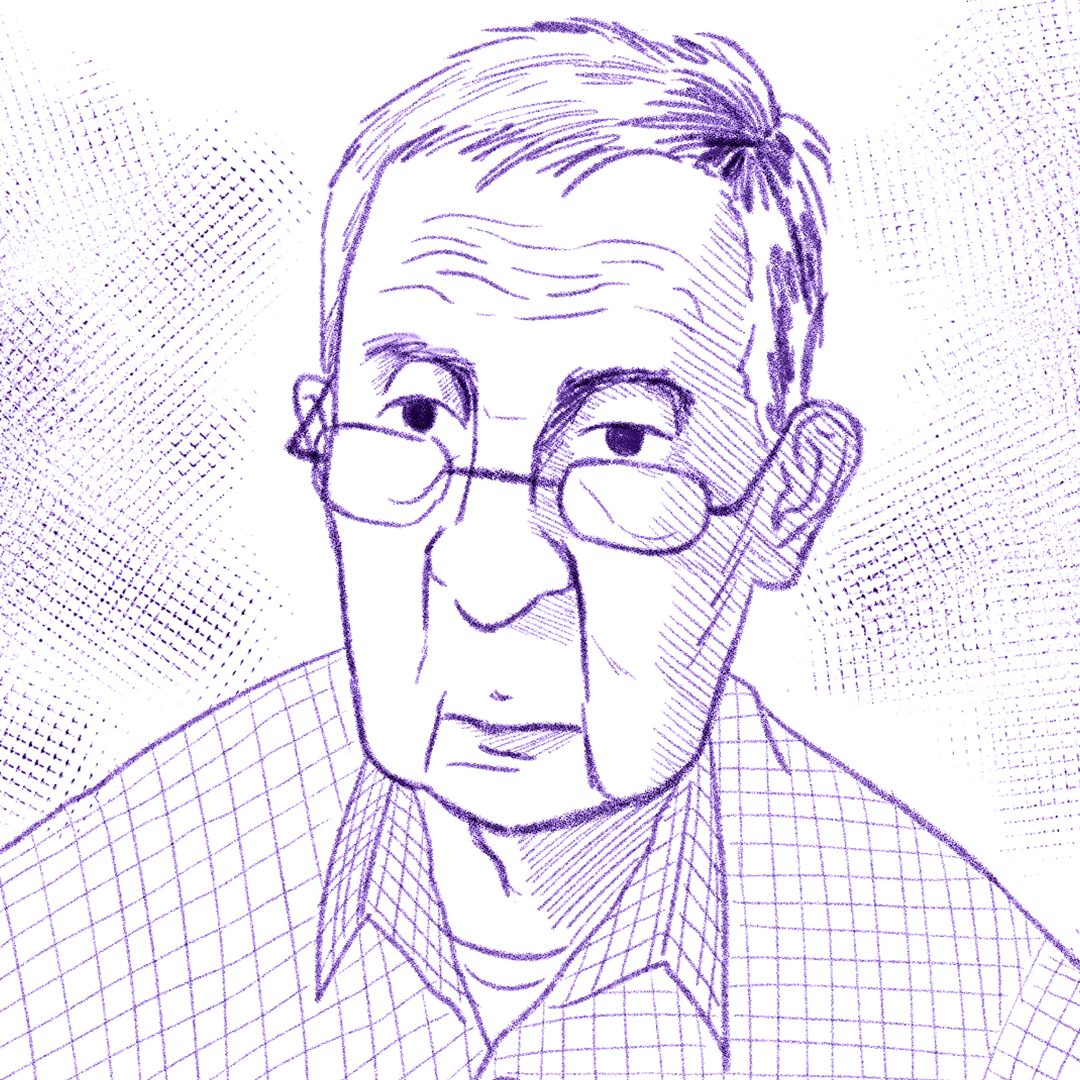 The motto of Ateneo de Manila University (ADMU) in Latin is “Lux in Domino,” translated as “Light in the Lord.” The phrase comes from the letter of Paul to the Ephesians, 5.8: “For you were once in darkness, now you are light in the lord. Live as children of light, for light produces every kind of goodness, righteousness, and truth.”

Fr. Roque Ferriols SJ, whose mortal body left us last Sunday, August 15, the Feast of the Assumption, is truly light for generations of students in ADMU as well as all over the Philippines (as his students became teachers in many other schools). Padre Roque is light to Filipino philosophy and philosophizing in Filipino. He is light not only to minds but also to hearts that desired the mercy of the Lord.

Padre Roque — 96 years old (one day short of 97), 80 years a Jesuit, 67 years a priest, more than 50 years a philosophy teacher — is the most brilliant and wisest Filipino I have ever met. He ranks up there with Jose Rizal and another Jesuit, Fr. Horacio de la Costa, in his mastery of languages, depth of insight of our culture and what makes us Filipino, and elegance in writing. As his classmate Fr. Catalino Arevalo SJ, also a towering Jesuit intellectual and theologian, quoted Fr. De La Costa: “Roque Ferriols is the only true genius we have among the Philippine Jesuits.”

Padre Roque taught me two philosophy courses: one on Ancient-Medieval Philosophy, the other on Soren Kierkegaard. My biggest regret as an ADMU philosophy major is that I was not able to take more courses with him. This was because I was initially intimidated with reading and writing in Filipino, being a Bisdak (Cebuano speaking) from Mindanao. It took me a while to conquer that but eventually I was able to. In fact, a few years later, I also started teaching philosophy in Filipino.

My mind and heart was forever changed by the experience of being in a Ferriols classroom. It affirmed the reason why so many of us, who were non-seminarians, chose or shifted to philosophy in college. In our forms, we used to write in response to the question, “Why shift to philosophy?” with, “I saw the light.”

Padre Roque helped us see the light. It was not just that he enabled us to go back to the time of the first Greek philosophers, the Pre-Socratics, to share in their first experience of abstraction. It was not just that Padre Roque helped us put on the eyes and heart of a Socrates and an Augustine searching for the truth that matters. It was not just being given an insight into the agony — the fear and trembling — and faith of the Danish philosopher Kierkegaard. Above all, Padre Roque taught us how to think, how to ask questions, how to wonder, ultimately to search for God, which leads us to the discovery that it is God who searches for us. These words from him we will never forget: “Isa lang ang mahalaga sa buhay: hanapin ang kalooban ng Diyos at tupdin ito.” (There is only one thing important in life: find the will of God and obey it.)

I must also say that aside from the two courses he taught me, like many others, I was also a student of Padre Roque vicariously through his students, who became my teachers – Dr. Ramon Reyes (who was my mentor in modern and contemporary philosophy and made Hegel, Kant, and Husserl familiar to me), Dr. Leovino Garcia (who introduced me to Levinas and Ricoeur and whose relationship with Padre Roque has always been edifying), Dr. Manny Dy (who was my ethics and Chinese philosophy teacher, Fr. Joel Tabora SJ (who was my mentor in understanding Karl Marx), Rayvi Sunico (who taught us Philosophy of  Religion during our undergraduate years and Plato when we were graduate students), and Pablito Perez (now a Justice of the Court of Appeals who was my first philosophy teacher, who affirmed to me by his example of philosophizing in the classroom that I was taking the right college major). Although I was never his student, Dr. Eddie Calasanz should be on the list because of his immense intellectual and personal influence in my life.

My students in law, philosophy, and governance can also claim to have vicariously been taught by Padre Roque, as many of what I teach would be rooted in my own philosophical education. Certainly my sons – all Ateneans, two were philosophy majors in college – were also taught in this way by Ferriols.

As his co-teacher, I was able to have many conversations with Padre Roque and learned even more from him. It was during those years that he also became more prolific in writing as he discovered the wonders of word processing and the personal computer. That allowed him to write many books, all in Filipino, where he asked the most profound questions about being (which he translated as Meron, but which he explained as a dynamic reality, a process – “pagmemeron”), about being and becoming human (pagpapakatao), and always about God.

In his Philosophy of Religion book, he translates a text on hope by Gabriel Marcel and excerpts from Saint Augustine’s Confessiones (which he translates in a stroke of genius as Pag-amin at Papuri). I use these texts in my seminary classes and I cry, literally  – because of the beauty of Marcel’s and Augustine’s ideas made even more beautiful and accessible to the reader by Padre Roque’s mastery of Filipino. 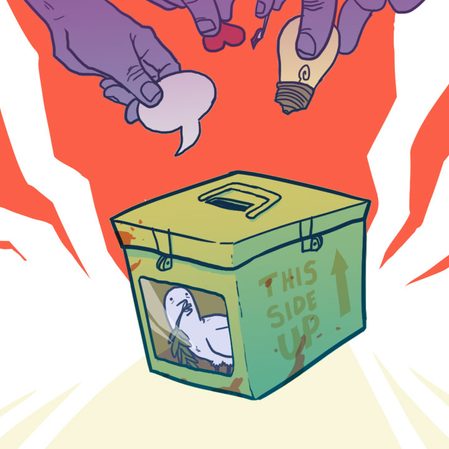 I cannot think of a better example of the teacher and writer that I wanted and want to be than Padre Roque. I cannot think of a better life, lived fully in wisdom and holiness than that of this priest and Jesuit. We see this in  Sulyap sa aking pinanggalingan (Glimpses into my beginnings), published by the Ateneo University Press in 2016, which is Ferriols’ memoirs of his life as a young Jesuit during World War II when Manila was under Japanese occupation.

In that book, Ferriols recalls the Battle of Manila and describes seeing the body of a dead Japanese soldier: “I saw a dead Japanese soldier sprawled on the street, face up. I knew he was a Japanese soldier because of his shoes. Except for his pair of shoes, he was not wearing anything. He was completely naked, and his penis was erect. Someone threw some earth at his body. Oil had been dumped on his face. But you could make out the emotions he had before he died. His face was that of a young boy gripped by fear. The last thing he saw in his dying moments was what triggered his fear. And a voice told me, “Don’t ever forget that these Japanese are human. Never forget this. All human beings are human.”

Even then, in 1945, three years before the United Nations General Assembly adopted and proclaimed the Universal Declaration on Human Rights, Fr. Roque understood the meaning and the transcendental importance of human rights.

In the final chapter of this book, Padre Roque recalls a spiritual conference with Fr. de la Costa, reflecting on what they had just gone through during the Japanese occupation and the Battle of Manila:

“He reminded us that we were facing the long discipline of studying to be a Jesuit. In all these undertakings, whatever your field may be, never forget, he reminded us, that Christ is in everything and he is will always be with us. For in the beginning was the Word, and the Word was God, and without the Word, there will be no creation. The Word became flesh…Christ is the Word. He is with us in everything. Always. He will fill our nets with fish to the brim, if we wait patiently the whole night through…we will cast our nets though we catch nothing. He will make our wine his blood, when we are hardly able to walk as we come from the hell…the earthen jar overflowing with water precariously on our back. He will feed the teeming multitudes whenever we share with them what little we have.”

Fr. Roque goes on to say: “It is through our bread and two fish and a poem that we begin metaphysics.”

In the chapter, he also shares a beautiful poem which concludes with what he has always taught us –  “the end is always the beginning.”

Padre Roque was Light in the Lord; for us who were blessed to have been taught by him, he helped us see the light. Padre helped us live as children of light; with God’s grace and imperfect as we were, he enabled us to produce also some goodness, righteousness, and truth. We will always be grateful to him. – Rappler.com