Russia is waging a war against Ukraine not only with tanks and gunshots, but also through disinformation. Never in history has media played such an important role as it does today. Nowadays, almost all knowledge about the world and social attitudes are shaped by the media. Meanwhile, in Russia, the media, especially television, are almost completely subordinated to state power. If the Kremlin decides that it is politically expedient and necessary to worsen relations with a given state or a group of states, it will use the media instrumentally for this purpose.

For months preceding the day of the invasion, disinformation machinery controlled by Russia created narratives demonizing the alleged nationalism or pro-Nazi sentiments in Ukraine. The goal was obvious – to create a pretext for a military action, justify the aggression, and disturb the information space all over the world.

One of the cornerstones of Russian disinformation has been the myths of Russophobia and harassment towards Russian-speaking or ethnic populations living in eastern Ukraine. In reality, there has been no evidence that those groups of people experienced persecution at the hands of Ukrainian authorities. Nowadays, Russia blames the whole UN system of Russophobia, because the UN General Assembly condemned Russian aggression and called for peace.

Such accusations are amplified through all means of the Kremlin disinformation toolbox: state officials, Russian diplomats, state-affiliated media, proxy media outlets linked to the military (GRU) and civil intelligence (FSB), as well as so-called Russian “war correspondents” and influencers. Russian embassies all around the world are very active in spreading false information. In light of such efforts to weaponize information, we need to carefully look at the reasons behind Russian-pushed narratives. After the collapse of the USSR, the vast majority of the countries found themselves in the new system, which emerged after the end of the Cold War – in which NATO and the European Union occupied central place, while the Russian Federation was left at the margins, hence, the myths and legends that the West did not keep its promises that NATO would not expand any further. In fact, this pledge was kept for as long as the Warsaw Pact and the Soviet Union existed, but the change of circumstances required new decisions. International law balances two principles: agreements must be kept (pacta sunt servanda) unless there is no fundamental change in the circumstances (rebus sic stantibus). The collapse of the USSR, dissolution of the Warsaw Pact, reunification of Germany, the end of the Cold War, and the bipolar system constituted fundamental change of circumstances.

Russia has not yet come to the terms with the fact that the countries of Central and Eastern Europe, including Baltic states, have made a sovereign choice to join two democratic structures based on common interests and values: NATO and the European Union. It was not a decision aimed at Russia. Moreover, this new sense of security created opportunities to build lasting relationships with Russia without any preconditions. The USSR was never offered a formal guarantee on the limits of NATO expansion post-1990, if any qualified country applies by free will.

The danger is not where Russia points it out. The accusations that NATO eastern expansion threatens the security of Russia is pointless, because NATO is a defensive alliance, whose main purpose is to protect its member states. If Russia had told the world that it was afraid of attacks by fundamentalists, extreme forces from the south, everyone would understand it. But the narrative of NATO threatening Russia is not substantiated by facts. In fact, the West needs Russia. Its market, its raw materials, its stabilizing role in the Middle East,  Afghanistan, the Korean Peninsula. But to be honest, Russia needs the West even more because of much needed Western investment, capital inflow, modern technologies, and more importantly – to accelerate Russia’s modernization. If Russia claims that NATO threatens it, it can be wished that it would only have such enemies.

Russia’s quest for a new identity

The ideology behind Russian military aggression against Ukraine and official Russian doctrine is accepted by most of the Russian public. We can observe the emergence of a besieged fortress mentality in the socio-political sphere, intended to create a constant sense of being threatened and thus detaching Russian society from the rest of the world. The Kremlin’s policy is to falsify history. As currently practiced, it is a hodgepodge of mutually exclusive historical traditions and narratives aimed at building a new Russian identity based on militarism and pseudo-patriotism. The key issue is Russians’ alleged victimization, which justifies their right to revanchism. Hence the careful construction over many years of a narrative about Russophobes and the need for Russian self-defense. The main binder of new identity for now is a sense of external danger. 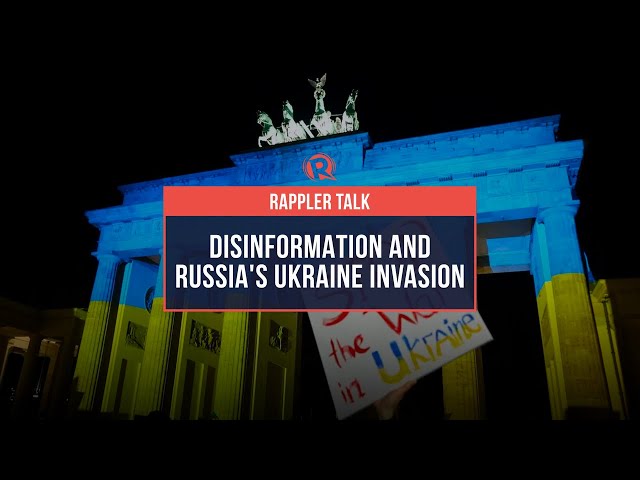 This ideological synthesis of Communism and imperial patriotism has given rise to a current of thought – National Bolshevism – that combines apparent opposites. It perceives Russia as a unique civilization that does not follow the West’s lead, rejecting liberalism in both the economic and the cultural sphere. It also embraces the Soviet past as a natural stage of Russia’s history. Depending on Russians’ political sympathies, these views either are imbued with great-power jingoism or are xenophobic, racist, and anti-Semitic.

Russians look for simple answers. Conspiracy theories gain popularity. Russia’s ideology is a patchwork of geopolitical and religious concepts, of which Aleksandr Dugin’s eclectic and neo-imperialist doctrine of “Eurasianism” has proven to be very popular. In the philosophical and political sphere, it focuses on Russia as a country permeated with messianism and a standalone civilization which is neither the West nor the East but something in between. The hostile forces – external and internal – are responsible for Russian misfortunes. It requires consolidation, tackling real and imaginary threats. Russian political culture means “idealizing the goals of the political struggle.” This is to justify the need for strong media scrutiny – well beyond what is tolerated in Western democracies. This is due to centuries-old traditions, the mentality of Russian society, and the tasks that the Russian state sets before itself. The authoritarian and aggressive Russian state can function when it is animated by faith and vision. To maintain this sense of agency and infect the masses to carry out the Kremlin’s will, the enemy must be demonized. Moreover, demonizing the enemy means using manipulation, lies, and arousing social phobia. It is not an accident that Russian opponents are described with the worst epithets, such as “Nazis,” “Russophobes’, “US imperialists,” etc.

Russian people do not understand the meanders of power and do not know what really is happening. The Kremlin believes that the position of the West on Russian aggression is a strategic game. The well-oiled disinformation apparatus strives to present a consistently false picture of the surrounding world, featuring Russia (including its leadership and military) in a privileged role immune to criticism. There is a deep-seated attitude of distrust in Russia to the West. The West is portrayed as an aggressor and threat, no matter the actions or intentions of individual Western countries, and despite the fact that Russia has much closer relations with Germany, France, Italy, or Spain than with any other country in the world. This is a false reasoning inherent in experience from the Cold War period. For many generations, Russian society was nourished with an idea that the world was against it, that there is a kind of international conspiracy that is aimed to keep Russia under control, to take advantage of it riches, to surround it.

The Kremlin is choreographing patriotic hysteria. In many respects, Russian daily life has already shifted from authoritarianism to totalitarianism. The Kremlin seeks to exercise full control over Russians’ lives and to restrain any access to unwanted information, shutting down and blocking vast areas of the Internet and social media. Russians are no longer punished simply for protesting against the war but for any manifestation of freedom of thinking. The authorities claim the right to punish people for disobeying these new rules, which have the force of the law. The insubordinate face high fines and long prison sentences for criticizing the government, deprecating the actions of Russian troops in Ukraine, or sharing views online, which is construed as an act of sabotage.

The public statements of senior Russian officials have increasingly veered towards Stalinism by explicitly referring to an organized internal enemy. In a nationwide televised address, President Vladimir Putin directly appealed to Russian society to cleanse itself of traitors and “fifth columnists,” meaning anyone who served Western interests, including agents seeking to destroy Russia from within. The speech can be interpreted as a call for mass repression or even the lynching of Kremlin opponents, which could be easily staged by the authorities.

The propaganda line is that Russia is waging a war with the collective “West.” The military operation in Ukraine (calling it a war is punishable in Russia), no matter how important, is presented as nothing more than a stage in the protracted struggle with the West. Russian government’s decision to halt operations of Facebook, Twitter, and Instagram, as well pressuring the closure of Russian independent news agencies/outlets also means the Russian public will have not many options on where to get information. Many Russians are not to blame for the war or the atrocities in Ukraine. Living under a draconian authoritarian regime, they are manipulated by a powerful propaganda machine and they face harsh punishment if they protest.

Russia and the Philippines

Russia’s strategy towards the Philippines is simply mutually beneficial pragmatic cooperation and relations based on correctness – without lecturing on the issues of democracy and human rights.

The Philippines in its foreign policy towards Russia aggression towards Ukraine is attempting to balance such factors as fear, honor, and national interest. The Philippines fears that Russia’s war on Ukraine destabilizes the current geostrategic balance in Southeast Asia by the rivalry of Great Powers. Filipinos want to honor the universal values of independence and sovereignty of states enshrined in the UN Charter in the context of Chinese territorial claims in the West Philippine Sea. Manila seeks to protect its national interests, especially economic, while Russian pressure is spreading uncertainty over the supply of energy – oil and gas, and recently, food. So far, the Philippines has made a moral choice to condemn the Russian invasion of Ukraine at the UNGA. President Rodrigo Duterte himself admitted that the country ought to be cautious of Putin’s “suicidal” policies in Ukraine. Moscow response to it was soft. Russia has not included the Philippines in its list of “unfriendly countries.” Why? Probably because Russia does not take the Philippine’s position seriously or the Philippines-Russia relations are simply not seen as significant as its relations with other Asian countries like for example Singapore.

The ongoing Russian war against Ukraine already set the direction for a new global political and economic order, for coming decades. Near future will tell us how the Philippines intend to shape their  place in further global efforts to end war in Ukraine. Despite the fact that Russia lacks formidable hard and soft power with which to influence the Philippines, the Kremlin is infecting the information sphere with its own narratives about the war in Ukraine, where knowledge about the true nature of Russia is low, and where pro-Russian sentiments can be observed in some circles. – Rappler.com

Jarosław Roman Szczepankiewicz is a Polish diplomat, currently serving as chargé d’affaires to the Philippines.