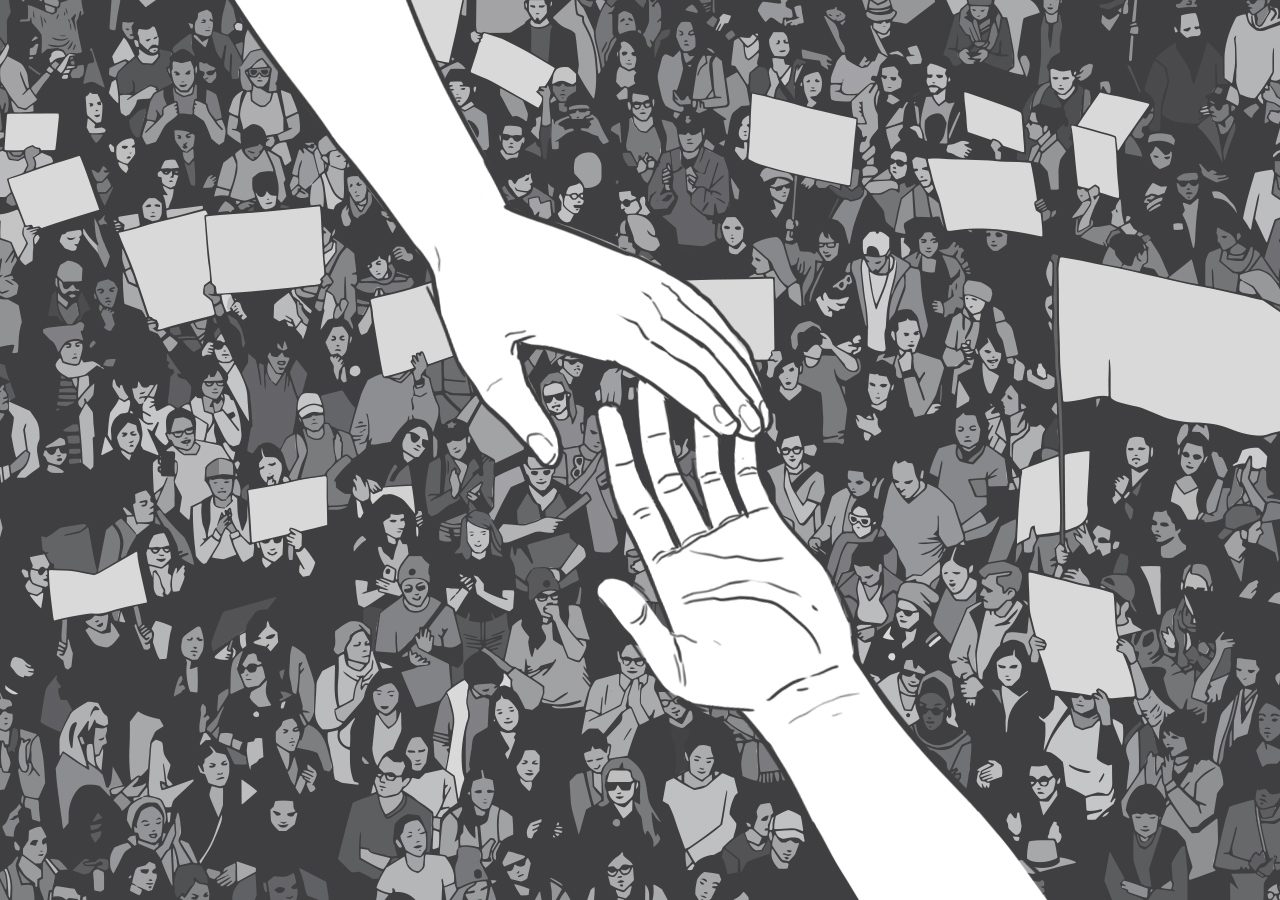 Facebook Twitter Copy URL
Copied
'Substantive democracy goes beyond knowing the candidates and choosing our leaders. It is about overhauling power relations...'

What is democracy? Nakakain ba ‘yan? Why does it need to be saved?

Like food, democracy is a need. It is the need to connect to one another. And that connection nourishes our well-being by ensuring that our safety is assured, our voices are heard, and our concerns acted upon.

Democracy is the socio-political expression of our shared humanity and work. Democracy puts our collective good front and center.

Today, disinformation digitally – and then in real life – breaks our connection to ourselves, to each other, and to our environment with speed and scale unmatched in human history.

The internet has indeed changed our lives dramatically, from the way we buy and sell, learn and make friends, play and communicate, campaign and win elections.

Tech giants started out to make the internet a safe space. The mission statement of widely used search engine Google, which owns YouTube, is “to organize the world’s information and make it universally accessible and useful.” Another tech titan, Facebook, wants “to give people the power to build community and bring the world closer together.”

Unfortunately, perhaps driven by profit and power, these platforms have become weapons that are making disinformation universally accessible and are tearing people apart.

Disinformation is dividing people the world over. It is destroying not just people-to-people connections. And the outcomes of these breakups from our mind and body, society and earth are obvious in the rise of mental health issues, hate crimes, and extreme climate phenomena.

A massive network of disinformation is destroying democracy and our cherished (because hard-won) freedoms and rights. As former Congressman Kit Belmonte noted in the recently concluded CALD conference in Iloilo, disinformation preceded the mass murder of small-time drug pushers, the baseless detention of former Senator Leila de Lima, the shutdown of media conglomerate ABS-CBN, and yes, the election of the namesake of the deposed dictator and his running-mate, the daughter of a rapacious tyrant.

In mid-November, the Council of Asian Liberals and Democrats (CALD) gathered political leaders, journalists, teachers, and artists from Asia at the Iloilo Convention Center to “build a democratic coalition against disinformation.”

In her closing keynote speech at the conference, Senator Risa Hontiveros pointed out that the big political project is not just to fight disinformation, but to “make democracy real not just politically, but economically and socio-culturally as well…in actions and conversations…and spaces…that do not stop among ourselves.”

She’s saying that democracy must be felt and experienced not just on E-Day, but every day; not just formally in institutions, but substantially in people’s pocket size and content; not just by the politically woke, but by the busy and distracted majority.

The disconnection rendered by disinformation is based on some disconnection in real life, especially in countries like the Philippines where poverty and inequality persist. Where hunger, illiteracy, and insecurity are pervasive, disinformation-fueled chaos and tyranny can take root and grow.

This reality informs our political project: to make democracy real. Many Filipino lives center on how to survive on a daily basis. That’s why social media is an escape – a source of entertainment. It has become an immense repository of fantastical lies and conspiracy theories spun by political machineries making perception a reality.

Substantive democracy goes beyond knowing the candidates and choosing our leaders. It is about overhauling power relations that keep a vast majority powerless about vital questions such as how much should their job earn, or how affordable food, shelter, education, and healthcare should be, or even how long it will take them to travel to and from work or school.

Democracy is felt when one has a say in decisions that affect our lives now or in the future. It is not solely about the individual I. It is also about the collective we.

Today we need democracy more than ever to overcome the many challenges we face – poverty and hunger, the pandemic, and climate change.

We save democracy by fighting disinformation by living democracy. – Rappler.com

Francis N. Pangilinan is the Chairperson of the Council of Asian Liberals and Democrats and Liberal Party President.