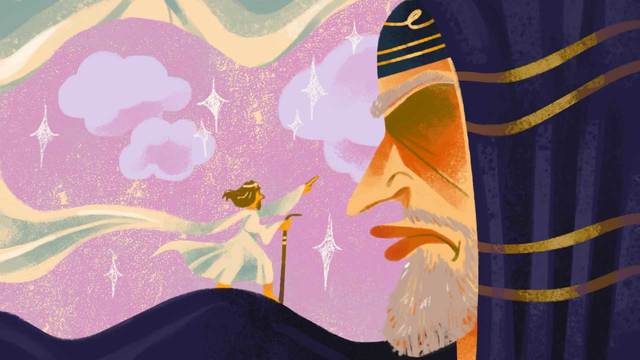 Facebook Twitter Copy URL
Copied
'Some Christians today say that Jesus had nothing to do with politics. He criticized religious leaders but not the political ones, they reason. But this is a distorted reading of the Bible.'

The two of us — a sociologist and a Biblical scholar — have teamed up to offer a critical response to the mainstream religious discourse on the political role of Christians.

In their own ways, pastors and ministers around the country have echoed this message: Christians are called to evangelize, not to meddle with politics.

Its permutations are endless. The most famous is the use of Romans 13, which pastors quote to compel their followers to keep quiet, respect the president, and pray for his government because it is divinely ordained.

Lately, in a widely shared video, a prominent megachurch leader has explained his position on this matter.

He believes that Christians must “respond without grumbling or disputing.” To him, this does not mean that Christians “cannot speak out. It’s all about how you say it, it’s all about your attitude toward the leaders…The way you say it is so crucial.” And yet he concludes that to endure suffering is the way of Jesus.

We cannot accept these statements.

In our view, religious convictions are not only intellectual. Nor are they only spiritual. Beliefs have consequences on how we view the world and act in it. (READ: Churches show force in biggest rally under Duterte)

Today, some Protestant evangelicals invoke the same image of Christ, this time to silence dissent. Pastors can easily refer to Jesus, who, when he was reviled, “did not revile in return…but continued entrusting himself to him who judges justly” (1 Peter 2:23, ESV).

According to this worldview, we should do the same since “Jesus is our model.” We should not complain or protest against our leaders but in humility submit to their authority.

There’s nothing new here. It builds on the same message that subjugated Filipinos during the Spanish period.

As Christians ourselves, we have no doubt that forbearance is a virtue. But we call into question any theology that continues to oppress our people.

So, does the image of Jesus portrayed in the passage above mean that we should just be silent in the face of injustice? Is Jesus asking Christians to no longer fight for the rights of the oppressed?

Eminent biblical scholar Howard Marshall thinks otherwise: “Nothing that is said here runs contrary to seeking the rights of the oppressed.” A close reading of 1 Peter 2:23 reveals that Jesus is concerned about justice.

In fact, he continues to seek justice. That was why he entrusted himself to God “who judges justly.”

In this light, Jesus’ silence was a protest against human injustice.

Jesus, in effect, was never “silent” in the face of injustice. He protested against the political rulers of his time. (READ: ‘Hindi na tayo tatahimik’: Religious groups unite vs injustice, Duterte attack on Church)

Some Christians today say that Jesus had nothing to do with politics. He criticized religious leaders but not the political ones, they reason.

But this is a distorted reading of the Bible.

The Pharisees were not just religious leaders. They were also a political group. The high priest was the highest officer of the Sanhedrin, the Supreme Court in Jesus’ time. Although he was in charge of the Temple, he was also the representative ruler of Rome.

Therefore, when Jesus (indignantly) overturned the tables when he entered the Temple, his action was not just a protest against the religious leaders but against the government of his time.

Why did Jesus overturn the tables and drive out the money changers?

Because the Temple system had become corrupt.

That was why Jesus accused them of turning the Temple into a “den of robbers.” Biblical scholars are in agreement that what Jesus did in the Temple was what evetually led to his death.

When he went against these leaders — religious and political at once — he was in effect saying no to oppression and injustice.

And then he was sentenced to death.

In the eyes of Rome, Jesus died a rebel’s death. That was what the Roman crucifixion symbolized.

Something is therefore wrong when preachers proclaim a theology of politeness.

They tell their listeners that they may disagree as long as they are not disagreeable.

What they fail to recognize, however, is far worse. By emphasizing the silence of Christ in the face of suffering, it asks Christians — and everybody else who is weak — to suffer willingly.

As a result, their theology of politeness deflects social responsibility. This is where the tragedy lies.

Think about it. Many ministers will be the first to pray for blessings, protection, and financial breakthroughs. They will even pray for spiritual renewal.

But you cannot expect them to pray for social justice, let alone for God to hold corrupt leaders accountable.

In the final analysis, this theology of politeness is proclaimed by the privileged in the service of the privileged. It is blind to the plight of those at the mercy of arrogant men in power.

They say “preach the good news and stay away from politics.” We say “how tragic.” Because evil manifests in the here and now, to proclaim a redemptive faith that ultimately demands subservience to suffering is unfaithful to the very life of Christ.

This is why many Christians today do not experience persecution. Enjoying the comfort of their sanctuaries, they do not stand for the rights of the oppressed.

The moment they do that, they will be accused, maltreated, and in some cases, be like their Master — crucified. – Rappler.com

Jayeel Cornelio, PhD is Associate Professor and the Director of the Development Studies Program at the Ateneo de Manila University and an Outstanding Young Scientist of the National Academy of Science and Technology.