“Can I tell you what I learned in school?” Toni Gonzaga asked Bongbong Marcos on her talk show Toni Talks, aired recently on the Villar-owned ALLTV (segment beginning 41:08). “What was taught to us about martial law was that your father wanted to stay in power; that’s why he declared martial law.”

BBM contested: “Martial law was declared because of the wars we were fighting on two fronts: in the countryside the CPP-NPA was fomenting revolution; they wanted to bring down the government through violent means. The second front was the secessionist movement down in the south.”

Gonzaga then asked: “How come that was not discussed to us in school, how come it was not in the news, how come it was not printed on paper?” Born only yesterday, Gonzaga does not know of course. There were no newspapers under martial law that were not censored. Marcos Jr., naturally, made an omission of that fact.

He then shifted blame: “Because it is the victors who write history.”

Now that his family is the victor, are they revising history according to their narrative? He said, “Let us talk about facts.” 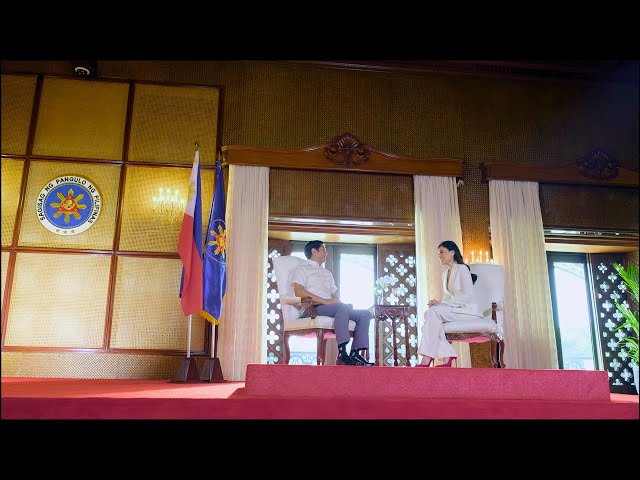 Unfortunately for the Marcoses, the fact remains that many of those rounded up and detained under martial law had nothing to do with the “two wars.” Many were not even part of the so-called leftist movement of the Communist Party of the Philippines and the New Peoples’ Army.

In fact, a good number were detained because they were Marcos critics, either as politicians or as journalists. The nation was on the verge of a convulsion that the dictatorship itself had fomented. Widespread poverty was unaddressed. The mass misery only fueled the injustice that made it grow in the first place.

The press was the first casualty of martial law. “It is a preemptive precaution to imprison them. Any dictatorship worth its salt assumes that journalists will be among the first to protest any diminution of liberties,” wrote the esteemed journalism professor and political analyst Luis V. Teodoro. Cebu City, for example, had a very good line up of exceptionally fearless journalists who had no ties whatsoever to any of the rebel groups BBM had posited. One of them was Manila-based, the political writer Napoleon Rama who wrote for the Philippines Free Press and who was once publisher of the Manila Bulletin. A lawyer, Rama was elected delegate to the 1971 Constitutional Convention and became its vice president.

Bongbong Marcos said his father’s aim in declaring martial law was never about self-perpetuation. If that were true, Nap Rama could not have been rounded up with Ninoy Aquino, Jose W. Diokno, and Ramon Mitra on the night martial law was declared.

What was his sin against Marcos? He started a Ban Marcos resolution in the ConCon that would have debarred both Ferdinand and Imelda Marcos from running in any future elective position. The conjugal dictators resented Rama.

It was dissent against Marcos that brought many to the stockade. One of the finest Filipinos ever to grace the Philippine Senate did not escape the arresting parties on the night of September 21, 1972. Francisco “Soc” Rodrigo’s arrest that night would only be his first. He was detained two more times, in 1978 for writing Tagalog poems attacking the Marcos dictatorship, and in 1982 for his anti-Marcos poems that saw publication in the WE Forum and the Philippine Star. Even so-called “gossip columnists were not spared. Imelda was particularly incensed at one who endlessly wrote blind items about her as “you know who.” Amelita Reysio Cruz wrote her columns in the Manila Bulletin. George Sison, one of those columnists, described his detention that night in what he called “My ‘Crame Hilton’ stint.” “Two Metrocom cars came to my parents’ home and informed me that they would like me to come with them for an interview in Camp Crame.” There he was asked only one question, “Are you Conde de Makati?” alluding to his nom de plume. Knowing his editor Luis Mauricio was already in Crame, he admitted he was Conde de Makati.

“Amelita Reysio Cruz was my partner-in-crime in the exposé of the Dovie Beams-Marcos love affair.” Reysio-Cruz became the butt of jokes among the Crame detainees. When the Metrocom knocked on her door and she asked who it was, the answer came quickly: “You know who!” She would later publish her detention in The Prison Diaries of Amelita Reysio Cruz.

Among the distinguished detainees at “Crame Hilton” was another opposition delegate to the 1971 Constitutional Convention, like Nap Rama. The Marcoses made sure to arrest the lawyer and journalist Jose Mari Velez. He had a long career as a television anchor for ABC5’s The Big News. His name is inscribed today in the Bantayog ng mga Bayani.

Special mention should always include the intrepid journalists and activists of Cebu City. One of them went by a rather odd name – Ribomapil Holganza. Popularly known by his nickname Dodong, he was city administrator and secretary to Sergio Osmeña Jr., the man who ran against Marcos in the 1969 presidential elections. 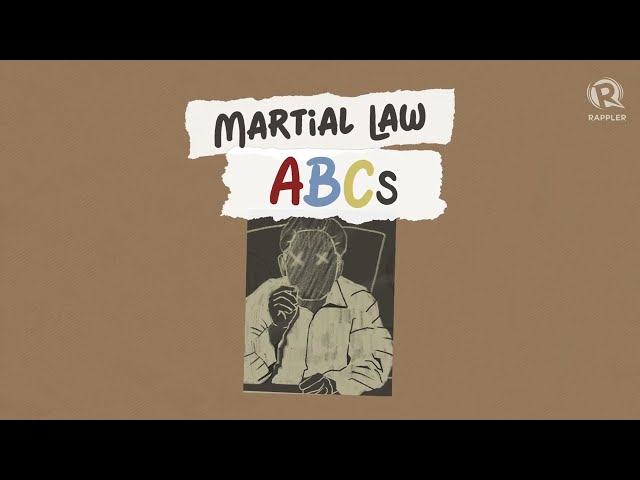 Dodong Holganza had retired from political work after the Osmeña defeat to Marcos. When martial law came, visitors who would intimate to him human rights violations, mysterious disappearances of activists, and warrantless arrests by the military besieged him in his office. It was in the late 1970s that he began organizing pocket rallies to denounce martial law abuses. At one point, he was able to gather a march of thousands of Cebuanos at a time when Manila was silent from fear of the dictatorship.

His rallies drew national opposition stalwarts Lorenzo Tañada, Jovito Salonga, Salvador “Doy” Laurel, Raul Manglapus, Eva Estrada Kalaw, Joker Arroyo, Aquilino Pimentel Jr., and Rene Saguisag to Cebu. Holganza and his son Joeyboy were finally arrested on Christmas Day of 1982. Days after his arrest, he was visited in detention by Juan Ponce Enrile, who asked him if Dodong was now ready to repent and declare his support for the dictatorship. He replied by reciting a litany of Marcos’s sins against the Filipino people. That guaranteed him and his son nearly three years in jail with no bail and no trial. Holganza was named after national heroes Rizal, Bonifacio, Mabini, and del Pilar.

The voice of freedom emanating from Cebu had also reached the northern Mindanao shores, particularly the voice of Nenita Cortes Daluz. Inday Nita hosted a public affairs program that denounced injustice and media suppression during the martial law years. She was one of the pillars behind the 1980 freedom march in Cebu City against the dictatorship. She was arrested and the radio station she managed, DyRE, was padlocked. But her listeners did not forget the powerful voice of the radio commentator who turned street parliamentarian. In 1984, she was elected as one of the few opposition representatives to the Batasang Pambansa.

A Marcos has lied again. Our collective consciousness of that is how we move on – we do not forget. – Rappler.com