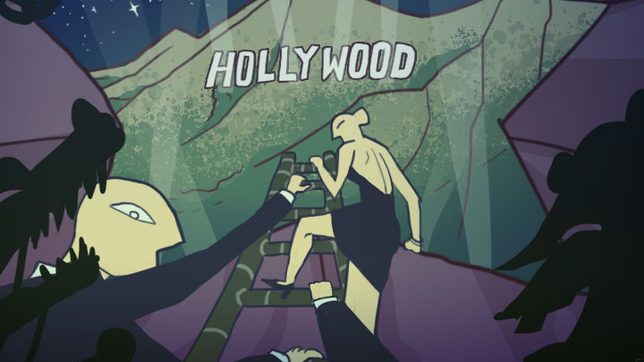 Facebook Twitter Copy URL
Copied
'The harmful legacy of depictions of Asian women as dragon ladies, timid butterflies, or dangerous seductresses, and Asian men as effete, inscrutable, or sinister (and perhaps all three at once) endures'

Nomadland might have taken home the big prize of Best Picture at this year’s Academy Awards ceremony, but the Philippines also had a high-profile moment and connection to celebrate. Filipina-Black-American singer and songwriter Gabriella Sarmiento Wilson, known professionally as H.E.R., also took home an Oscar statuette at this year’s ceremony.

H.E.R. won Best Original Song for her collaboration with Dernst Emile II and Tiara Thomas for “Fight for You” from the film Judas and the Black Messiah.

Other Asian winners included Youn Yuh-jung, who was awarded Best Supporting Actress — the first ever Oscar win for a Korean actor — for her performance in the film Minari, and Chinese-born director Chloe Zhao, who won two Oscars — one as Best Director and another as part of the team that produced the film Nomadland.

While celebrating these and other wins, however, I was also listening in to this year’s Oscars presenters and award recipients to see if any might speak up against Asian hate after more than a year of growing reports of anti-Asian hate incidents in the United States, Australia, Canada, the United Kingdom, and elsewhere.

Filipinos and Filipino Americans might have heard in particular about the brutal slashing of Noel Quintana with a box cutter on a New York City subway, or seen the horrific video gone viral of two doormen at a luxury New York apartment building seemingly looking the other way and literally closing the door while Vilma Kari was being viciously attacked outside. But the number of incidents go well beyond these two cases.

Voice of America reports that police data show that attacks on Asians in 16 of America’s largest cities soared by 164% during the first quarter of 2021, continuing a spike that had been sparked by the coronavirus pandemic last year. After sitting through this year’s virtual Oscars ceremony, I went away disappointed, as none of the presenters addressed the issue of anti-Asian hate head on. I was pleased though to see the producer and actor Tyler Perry, who was recognized by the Academy of Motion Picture Arts and Sciences for his humanitarian work, at least call on viewers to join him to “refuse hate,” including hate against Asians.

When it came to diversity, there was also indeed progress to note in both the stories told on film and the actors who were recognized for helping bring those stories to life. Nine of the 20 acting nominees in this year’s Oscars race went to people of color. A total of 70 women also received 76 nominations — the most in the history of the Oscars.

However, after a year that has been shaped by the spread of both the novel coronavirus and a virus of hate in America, we must not ignore that the stereotyping of Asians remains insidious and is perhaps as old as the motion picture industry itself.

Hollywood has a reckoning facing it when it comes to the stereotyping of Asians and Asian Americans. The harmful legacy of depictions of Asian women as dragon ladies, timid butterflies, or dangerous seductresses, and Asian men as effete, inscrutable, or sinister (and perhaps all three at once) endures.

Old boy networks and outdated views on what viewers want have also too often and for too long led to closed doors or “bamboo ceilings” and a lack of opportunity, representation, and recognition for Asian talent both in front of and behind the camera.

This includes underrepresentation among Hollywood’s decision-makers as well. According to the Washington Post, UCLA’s 2020 Hollywood Diversity Report found 91% of executives at major and mid-level studios were white, while the USC Annenberg Inclusion Initiative found just 3.3% of directors of the 1,300 most popular films released between 2007 and 2019 were of Asian descent.

A connecting line can be drawn from the stereotyped images that the “magic” of Hollywood has created to the “otherness” and “perpetual foreigner” stereotyping that has contributed to the sadly all-too-real images today of deadly attacks on Asians, from an elderly Thai grandfather in San Francisco to Chinese and Korean immigrant women in the Atlanta area.

The reality of Asians in America today, according to just released US Census data, is that of a diverse and complex community. This encompasses a record 23 million Asian Americans who trace their roots to more than 20 countries in East and Southeast Asia and the Indian subcontinent, according to Pew Research.

Some 4.2 million of this number trace their roots to the Philippines, with the top five US metropolitan areas for Filipinos by population in 2019 being Los Angeles, San Francisco, New York, Honolulu, and San Diego. Filipinos constitute the third largest number of six “Asian origin groups” — Chinese, Indian, Filipino, Vietnamese, Korean, and Japanese — that together account for 85% of the growing Asian population in the United States.

Few of their stories — including Filipino and Filipino American stories — ever seem, however, to make it to the Hollywood screen.

Yet, as Japanese American visual artist, technologist, and activist Drue Kataoka and I wrote in a commentary piece for NextShark — a leading media platform for Asian American news — we need our heroes and our role models. They impact how we feel about ourselves and they impact how we treat people.

“With regard to Asian American portrayals, we are still in many ways largely stuck in the 1920s — in the unabashed in-your-face racism of early Hollywood.,” Kataoka and I wrote. “And no, Crazy Rich Asians or Minari does not fix it.”

The social media hashtags already exist — #Stop Asian Hate, #StopAAPIHate and #StandWithAsians — and have helped build awareness of the physical and verbal abuse that Asians, Asian Americans, and Pacific Islanders in the United States have long faced, including Filipinos in the United States.

We need now for all in the film industry to pause for some introspection and then act to be part of the solution by increasing Asian representation and including Asian people in conversations and actions about diversity.

From policy advocacy to fundraising for efforts to build resilient communities in the midst of hate, there is much to be done in Hollywood and elsewhere. The month of May is Asian Pacific American Heritage Month in the United States, and there are likely to be a range of events in Koreatowns, Chinatowns, Little Manilas, and other neighborhoods across the country, helping mark the contributions of Asian Americans and Pacific Islanders to America’s continuing evolution.

Recently, on May 6, the United States also recognized the important role nurses play in our lives by celebrating National Nurses Day. America’s insufficiently heralded frontline workers, whether nurses, doctors, or homecare workers, include many of Filipino descent.

As with the Oscars this year including H.E.R.’s win for Best Song, let us work to ensure that such celebrations and the awareness that they might bring are also not just fleeting moments in the sun before America moves on. – Rappler.com

Curtis S. Chin, a former US ambassador to the Asian Development Bank, is managing director of advisory firm RiverPeak Group, LLC. Follow him on Twitter at @CurtisSChin.