Facebook Twitter Copy URL
Copied
'To this day, readers are still scratching their heads over what Rizal really wanted his countrymen to do about their situation'

Do all Filipino novels go back to the Noli and Fili?  Sometimes, it feels like it, and not just around that time of year when we celebrate anniversaries of his birth and death.  So much “serious” literature harks back to the books’ wide-ranging social commentary, their embrace of melodrama — and their downbeat, inconclusive endings. Don’t expect apologies for that vague spoiler.  Who doesn’t know that the Fili ends unhappily, with no clear answer to the questions it poses, and even without a clear hero?  To this day, readers are still scratching their heads over what Rizal really wanted his countrymen to do about their situation.

Efforts to both continue and clarify Rizal’s legacy have led to an extensive body of socially-concerned Filipino literature.  Social criticism is still a necessary and courageous act, even though Filipino writers with such ambitions no longer need to publish their books in Germany and then have them smuggled back home.  Over a century away from Spanish rule, however, Filipino culture has not prepared us well for giving and receiving constructive criticism.  Criticism is often seen as rude in principle, or even a personal attack.  Responses can be hostile, or outright vengeful.  This may be one reason why pointing out social ills, especially those rooted in “Filipino values” (religiosity, close family ties, you know the drill) is treated as such a brave act.  So brave, in fact, that the challenger need not do anything further.  It is enough to keep pointing out various social problems.  Even the social realist literary movement can be said to follow this tradition, albeit in an often narrowly Marxist manner that, at worst, is a disservice to Marx’s own thought. However, what was pioneering in Rizal’s day is downright traditional now.  Those of us who use our pens to point out problems in Philippine society get accused of being “negative,” and not adding anything to the discussion.  I don’t think these critiques can be entirely dismissed as denialism or ideological bias.  There is something genuinely wearying about endless critiques of the status quo, too rarely accompanied by concrete, feasible recommendations for improvement.  Many Filipinos are very aware that socio-economic inequality is rampant and institutions are broken.  This issue is figuring out where to start solving these problems, and mustering up the collective capacity to do so, when our own lives are stuck on permanent crisis mode.

I argue, however, that Rizal gives us clear signposts on how to find our way out of this mode of living.  Familiarity has blinded us to the most important information, as so often happens.

The preface to the Noli clearly states Rizal’s literary goals.  He didn’t intend to produce a model for future writers to imitate, but to pose a question for them to answer.  He traces his inspiration to the ancient practice of exposing gravely ill people at the steps of temples, so that passers-by might suggest some kind of treatment.  These sick people were often in such an advanced state of illness that prodding their diseased flesh would cause them unbearable pain, and they would scream out in agony, begging not to be touched.  However, they would have to bear the pain and humiliation of such public examination, as it was their only chance of being cured.

In other words, Rizal was exposing the social ills of the Philippines, even though doing so caused pain, and would bring additional hardship once angry readers attempted to avenge their wounded pride on him.  All the pain would be worth it, however, if readers came up with ideas to fix the problems expounded upon in the novel, and, even better, acted on those ideas.  If we keep slaughtering sacred cows for the greater good, we should at least make something nourishing out of the meat.  In the spirit of being constructive, I’m going to follow my own advice, and suggest a few ideas for stories that do exactly that. 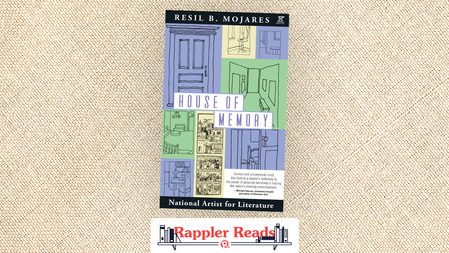 Of course, I’m not calling for the writing of stories that “solve” the Philippines all at once.  Even the fantasy or sci-fi genres would struggle to portray that story in one book.  Instead, one way to “answer” the Noli is to choose one social problem, or one character, and painstakingly depict the process of a person with a similar problem gradually overcoming it.  A case study in healing one variant of our national disease, if you will.

Here are some ways to use the Noli and Fili as starting points, rather than blueprints, for our own stories.  Writers can choose to set their own literary “replies” in Rizal’s time, but these storylines should work just as well in our own era.  As eminent Rizal historian Ambeth Ocampo often states, the novels are so relatable because Filipinos have changed so little in over a century.

Every generation looks back at Rizal and his contemporaries and thinks, “Maybe us, this time.  Maybe we can finish what they started.”  The right way to approach this is not to repeat their actions — and also their mistakes — but to answer their challenge.  We can dive deep and recover Simoun’s wealth.  Even better, we can forge treasures of our own. – Rappler.com