[OPINION] Time to get serious 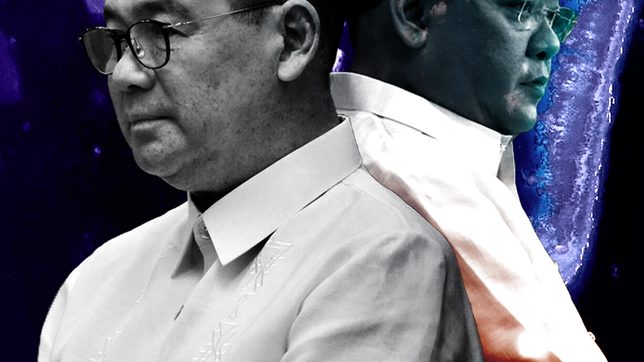 Facebook Twitter Copy URL
Copied
'What has the administration done in the last five years to reinforce its legal rights over its EEZ in the WPS?'

DFA Secretary Teddy Boy Locsin made a rare appearance as guest at the IATF Late Night Show on the fourth week of presidential discourses on the Chinese threat in the WPS. Most such shows focus on entertainment rather than education or enlightenment on policy issues. The WPS briefing cannot be faulted for being funny, though it spent precious time parsing the Duterte joke that he would jet-ski to the nearest rock in the WPS to plant the Philippine flag.

Duterte ridiculed those who believed his jet-ski “bravado” was serious as tanga (stupid). His jet-ski promise was actually a response to Carlo Montehermozo, one of the Dagupan fishermen driven out by the Chinese from traditional fishing waters, who wanted to know how the presidential candidate could help. This reminder puts a different color on the jet-ski promise. As Senator Lacson noted, the joke probably won votes from those who believed that Duterte might actually do something symbolic to reinforce the Philippine claim to the WPS. (The fisherman was “hurt” when informed that the president was only joking, the tanga an insult added to injury.) 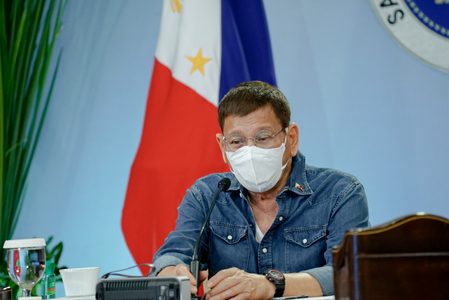 Perhaps Duterte had forgotten about Carlo, because he continued to milk the joke for laughs. He claimed to have bought a jet-ski, but could only afford a second-hand model, and consulted a map to measure distances and fuel consumption. He set up DND Secretary Lorenzana as a straight man to estimate for the audience how far he would need to travel. Imagine: no gas stations for refueling stops, dealing with massive waves, and him not knowing how to swim. Not wanting to die, he thus abandoned the jet-ski idea. The anecdote may get some admiring laughs: see how authentic Digong admits his fears and limitations.

People less desperate for help than the fishermen being harassed and robbed by the Chinese would have doubted the jet-ski joke as a sign of Duterte’s commitment to the Philippine claim to rights over the WPS. More critical observers would have suspected what later statements confirmed: it was the legal claim, not backed by military force, that Duterte considered the joke.

Another “joke” probably played better in Beijing. Locsin’s instruction for his DFA troops to “fire at will” had startled Chinese officials and caused a momentary flicker of alarm – until they realized that Locsin’s army would not be firing bullets but filing paper protests. The clarification must have triggered relieved, thigh-slapping laughs and maitai toasts.

Beijing shares Duterte’s contempt for international, legal commitments without military support, except they probably take it more seriously than Duterte does. They know that a brave, better-skilled, and more resourceful antagonist can always call a bluff. They prefer a poker game with only two players, where they can take measure of their opponent. But they also know that there are other players with stakes in the outcome of their game with the Philippines.

Still, Locsin’s diplomatic protests were an inconvenient annoyance, just like his insulting Twitter message. Of course Locsin apologized for usurping, according to Spokesperson Roque, the president’s exclusive prerogative to use in public expletives against foreign dignitaries. Summoned to the Principal’s IATF office, Locsin toed the party line, uncharacteristically deferring several times to Spokesperson Roque. But released from the office, Teddy Boy reverted to form, correcting Roque’s claim that Julian Felipe Reef was “outside” the Philippine EEZ and warning him of DFA’s “exclusive remit” to speak on foreign policy issues. Roque did say that Cabinet secretaries were the president’s alter ego.

Locsin to Roque: Leave foreign affairs matters to me 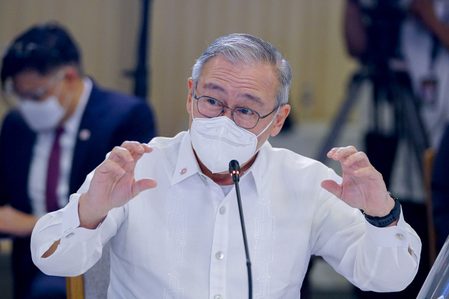 Regardless of the Palace spin and the cabinet intramurals, Duterte’s designation of Roque to take his place to debate Carpio did not enhance presidential credibility. Nor the explanation that he “forgot” he was president, and, as president, must be careful about public statements that might constrain the action of future governments. (Would that this caution were more consistently and scrupulously observed.)

The Palace seemed more worried about the optics of the president’s retreat from the debate and the impact of its cancellation on voters. The WPS was emerging as a major election issue. Hence the damage control and the deployment of Locsin, Panelo, Roque, and social media to defend Duterte’s statements on the issue and to distract the public by promoting debates against his critics, but with Duterte substitutes.

Even a one-on-one face-off between Duterte and Carpio, however, was  unlikely to improve public appreciation of the Chinese threat in the WPS.  In the last month, Duterte has focused on establishing three points: 1) he had no responsibility for any loss of control over any portion of the Philippine EEZ before he assumed the presidency; 2) he cannot be held responsible and will not assume the obligation for reversing any such loss; 3) he is correct in setting aside the UN Arbitral Award and rejecting any action beyond the DFA’s diplomatic protests.

Carpio would concede the first point. He would probably push the issue of the president’s responsibility, not to declare war to reclaim territory, but to continue asserting the country’s legal rights over areas illegally occupied by China. It is the third issue that Carpio and the public would want discussed but Duterte would prefer to avoid. What has the administration done in the last five years to reinforce its legal rights over its EEZ in the WPS?

Given China’s recent and continuing unfriendly actions in the WPS, the administration should worry about reassuring the public that it does have plans to deal with this threat – apart from the DFA’s diplomatic protests that Duterte routinely and contemptuously dismisses as useless in his IATF sessions – apart also from the continuing protestations of gratitude to and friendship with Xi Jinping.

This is the strategic policy question that the public would like to understand. Not even Secretary Locsin was brave enough at the IATF meeting to go beyond the history of the 2012-2016 period to address this question. – Rappler.com

Edilberto C. De Jesus, PhD is a Senior Research Fellow at the Ateneo School of Government.