[OPINION] Trouble in the Taiwan Straits Celebrating the 72nd anniversary of its founding on October 1, the People’s Republic of China sent 38 war planes in two waves into Taiwan’s air space.  It was the biggest breach yet of Taiwan’s air defense zone, forcing it to activate its missile system and to scramble its own combat aircraft in response. More than a fireworks display to mark the anniversary, the incursion signaled PRC’s objection to Taiwan’s bid last month for membership in the trade agreement for a Comprehensive and Progressive Trans-Pacific Partnership (CPTPP).

Growing global economic integration, exemplified by the CPTPP, has made risk management responsibilities much more complex for business corporations.  In a century expected to be energized by the productive capacities and the markets of Asian economies, international business must now consider the risks of geopolitical conflicts.  Taiwan’s 23 million people cannot match the fire power of the PRC.  But it does have security agreements with the United States.  Might Great Power competition between the United States and the People’s Republic of China escalate to a shooting war over the Taiwan Straits?

Taiwan won’t be forced to bow to China, president says On the Southeast Asian chessboard, China enjoys the first-move advantage.  The United States has no territorial interests in the region to protect.  Its troops serve mainly as a tripwire to deter aggression in the Korean Peninsula, where a state of war still prevails. Still dealing with the Afghanistan debacle and divisive political issues at home, the United States cannot be eager to engage in a war so far from the homeland.  But China, proclaiming the incorporation of Taiwan into the motherland as a core interest, has explicitly included as acceptable the military option to annex Taiwan, essentially at the time of its choosing.

First, the good news.  Expert opinion believes premeditated war in the Taiwan Straits is unlikely to happen. At least, not before February 20, 2022, the last day of the Winter Olympics.  China will not want to waste the global propaganda mileage that it can gain from hosting the Games.  It worries, rather, that the call for a boycott of the Games by countries targeted by the PRC’s aggressive, “warrior diplomacy” may gain traction.  Goodwill from the games will improve the prospects of peace prevailing through November 2022 (postponed from October), when the Chinese Communist Party convenes the 20th National Party Congress to elect a president for the next five-year term.

The bad news: expanding operations of Chinese and American war machines in the tight Taiwan Straits may plunge the principals into an accidental war.  World War I was no less disastrous for being undesired by all the principal protagonists.  Like the coronavirus pandemic, trouble in the Taiwan Straits is not an unimagined Black Swan event.  It is a Gray Rhino.  We see the beast, visibly poised to charge, but the  precise timing and intensity of its  attack are both uncertain.

An assault will not be surprising; it has happened before. In 1995-96, the Clinton Administration sent a carrier battle group to the Straits after the PRC fired missiles into Taiwan waters to warn the Lee Tenghui government against undermining the One-China Policy.  This incident was already the Third Taiwan Strait Crisis.  In 1954-55, the PRC and the ROC clashed over Quemoy and again in 1958, when Taiwan had to repel attempts to occupy its territory. Xi Jinping aspires to stamp his brand on China the way that Mao Zedong and Deng Hsiaoping have done. How does he accomplish the unprecedented goal of a third presidential term?  Some analysts believe that China faces serious internal problems.  The country is now paying for the one-child policy.  Economic growth has slowed down, exposing the limits of a centrally-driven business model fueled by rapid turnover of capital, generous profit margins, and open access to debt financing from the government.

When Evergrande Group, China’s biggest property developer, missed an interest payment of $83 million last month, analysts wondered how worried the world should  be about the $300 billion in liabilities that it carried.   With its control over the country’s economic levers, the PRC could bail out Evergrande as too big fail.  But Xi also wanted to rein in market forces that produced individual billionaires in favor of the socialist objective of common prosperity.  Preventing the bankruptcy of thousands of customers and the collapse of businesses dependent on it extends the danger of moral hazard, delays Xi’s own reform agenda and exposes him to attack from communist true believers.

Xi is still firmly in the driver’s seat. But contentious, well-publicized issues like Evergrande, connect to populist resentment at corruption.  Add the reluctance of party rivals to  reinforce Xi’s power and the cult of personality that Deng had warned against.  Complete consensus within the Politburo on the way forward cannot be blindly assumed. 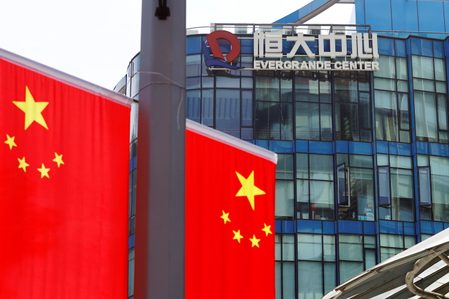 Based on the assessment of the internal political dynamics, two competing narratives are on the table. Xi might execute a “wag-the-dog” strategy.  To gain popular support, he could exaggerate external threats, bringing the country to the edge of war but adroitly applying the brakes before actual conflict.   Brinkmanship would allow him to ride a wave of nationalist fervor and, on the argument that it would be imprudent to change horses at a time of crisis, promote the continuity of his leadership.

This would be a risky maneuver to manage,  Nationalism, once unleashed, is notoriously difficult to control.  The alternative scenario anticipates Xi first getting the mandate to rule at the Congress and then consolidating his power before launching adventures whose course he cannot ensure he can calibrate.  This approach seems more credible, especially, if Xi believes that the US is a declining power and time is on his side.