[OPINION] You get who you vote for: What type of political voter are you? 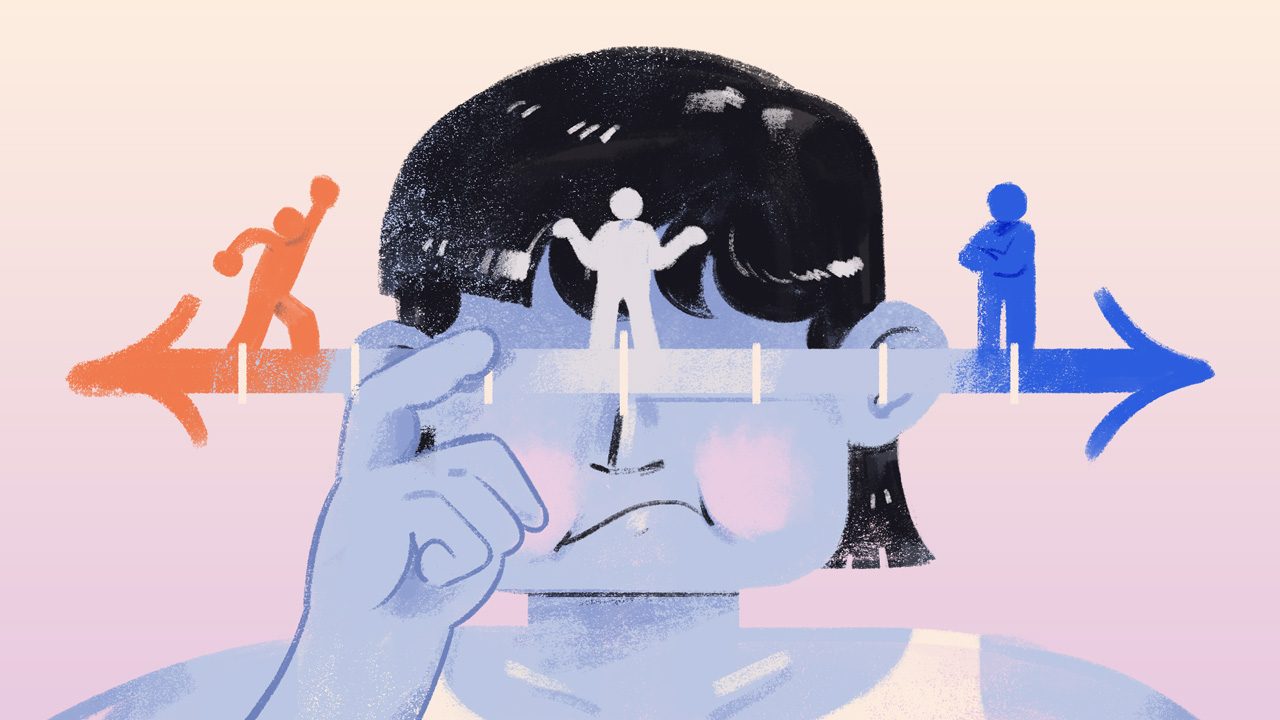 The right to express yourself is the most important pillar of a democratic government, and this includes the freedom to choose your political candidates and to cast your votes during elections. Reflecting on this premise, I am deeply concerned that most voters have not reflected on their political ideology and can continue to be easily swayed by the candidate-centered elections in the Philippines. One component in the elections that voters seem unaware of is the control over their own behavior – a conscious behavior that can help mold the future of elections in the country.

At the very least, voters should know where they are positioned within the political ideological spectrum. The basic political ideological spectrum is a linear line that divides classical positions between the “Left” and the “Right.” The utmost left on the line is anarchism with communism, socialism, and liberalism in between, while the utmost right on the line would be conservatism, libertarianism, and fascism. These terms can feel daunting to those who have not had exposure to the concepts, but it really does not require an advanced degree to understand where your political positions lie. Every voter should ask themselves the following basic questions: First, do I expect my country to use force to protect the sovereignty of my country? This question is for you to consider what you think the government should do if our borders are threatened. Still can’t answer the question? How about this question: Should we use force to retain our hold on the Spratly Islands? Do I expect my government  to create alliances with other countries? If you can’t answer this question, can you give an opinion on the benefits of the Philippines’ membership with the United Nations? Still too esoteric? We can change the question to: Do you think it is beneficial for the Philippines to continue the Mutual Defense Treaty with the United States? Your responses to these two main questions are your baseline foreign policy position.

The next two questions are actually identified by the Social Weather Station as a key issue for voters for this election, because it introduces a simple question on how the economy should be run: Do I expect my government not to intervene with government regulations when my industry/livelihood is  endangered? This question evaluates your feelings regarding the role of the government in the economy. Not intervening means to allow the actions of both the producers and the consumers to dictate supply and demand which, over time, can eventually stabilize the distribution and prices of products. Government intervention in this question means that government will intervene to regulate or to subsidize prices of basic commodities and/or to raise minimum wages instead of just allowing market forces to regulate the economy. The last question explores an individual’s perception on the role of government in protecting personal freedoms: Do I expect my government to actively ensure equal rights for everyone? Should freedom be maximized by individuals or should the government use a heavier hand to impose moral values on the people? The most controversial of these freedoms include how the Philippine government responds to sexual orientation and gender identity rights or even the issue of legalizing abortion in the country.

If you answered mostly “No” to the series of questions, you are most likely a conservative voter. If you answered mostly “Yes” to the series of questions, you are more likely to be a liberal voter. You can also be a liberal when it comes to foreign policy but a conservative when it comes to personal freedoms. This is what can be considered being either a moderate liberal or a moderate conservative. Although this  is a very simplistic way of determination, it will help you to start creating your own voting compass during election time. If you are answering with extreme prejudice for any of the particular questions, you can explore the other political ideologies that have been mentioned earlier.

Why is this important? Imagine an election in our country where the talking points are not limited only to the schools the candidates attended or what degrees they hold, or the color of the food they serve during their rallies. Although these talking points make it interesting and humanizes the candidates to the common voter, we can still elevate the discussion to talk about the platforms that each candidate carries with them. The focus changes from being candidate-centered to issue-centered, with actual discussions on the economy, social issues, civil rights, and foreign policy if a liberal or conservative voting bloc has a  stronger presence before, during, and after the elections. Voting blocs can force candidates to address the  issues that matters to voters during the campaign period; voting blocs can also show the candidates the power of their support during election day; and the voting bloc can still be present to hold the candidate accountable after the elections. With this situation, there will be a higher chance that candidates may actually start campaigning based on voter demands and crafting policies that are favorable to the “I don’t know if my vote even matters anymore” voter. The added bonus? We may actually really start strengthening the political party base in the Philippines. While the Philippines has a multi-party system, most parties do not have a stable source of grassroots membership that they can rely on during elections. Compared to the US where political parties grew and adapted their politics based on their grassroots members – for example, the Republican Party used to be liberal while the Democratic Party used to be conservative, but this switched after the 1960s. The important thing to note here is that the voters did not change and continued to hold their political ideology, but the switch happened because political parties adjusted their platforms based on the strength of voting blocs.

Meanwhile, political parties in the Philippines seem to create alliances for political expediency without regard to any ideological advocacy at all. Seeing Ferdinand Marcos Jr.’s Partido Federal ng Pilipinas (PFP) on the same slate as his running mate, Sara Duterte’s LAKAS-CMD party is something that should be very difficult to normally achieve. It should be noted that the LAKAS Party can trace its history as the opposition party during the 1986 presidential snap election, and so LAKAS supporting Marcos’ son should really be surprising. Another interesting fact is that the PFP is actually a spin-off party of two staunch anti-Marcos political parties, but the late dictator’s son seems to have no issues at all in carrying this party’s name.

The discussion of the implausibility of the partnership and the quick shifts of allegiances to political parties, however, is only given oxygen in academic circles and political junkies. Isn’t it about time that we Filipinos, elevate our political discussions? – Rappler.com

Janice Shiu holds a PhD in Political Science from The Claremont Colleges. She has more than 10 years’ teaching experience in the fields of American Government, World Politics, and Women’s Studies at US academic institutions and is currently the Faculty Advisor for the Model United Nations Program at California State University-Sacramento.