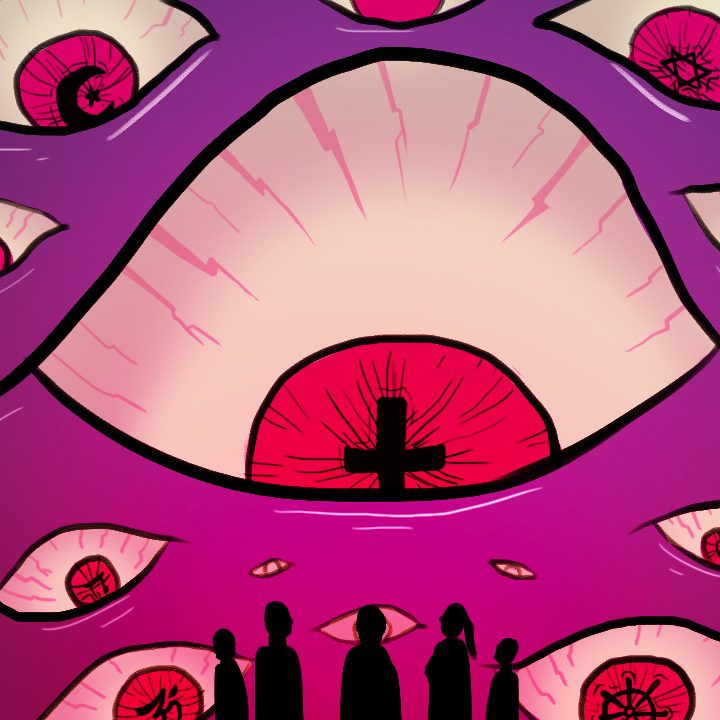 Facebook Twitter Copy URL
Copied
'For people of faith, it’s time that we said no to every form of injustice and suffering caused by our sacred convictions'

I’ve been a sociologist of religion for several years now. In the course of my teaching and research, many people have opened up to me about the wounds religion has inflicted on them.

This is expected. From a sociological perspective, the fact that religion unites people into a community also means that it is a boundary marker: us versus them.

These boundaries are also drawn within religious communities. Those who no longer subscribe to a group’s accepted beliefs and practices are gradually eased out for being different.

Thus, the reality is that the solidarity we find in religion is a double-edged sword.

For those who are sold to it, religion is both a worldview and a way of life through which everything makes sense. But for those who can’t fully embrace it, they are treated differently.

Unfortunately, many of us would rather turn a blind eye to these wounds. How does religion hurts us?

Religious violence is often associated with violent extremism (or physical violence waged in the name of religion). For those who are interested, they can refer to my previous piece on radicalization and Islamophobia.

But too often religion inflicts pain in insidious ways.

People are in fact aware of this. According to a national survey run by SWS for the International Social Survey Program in 2018, almost half of the Filipino population believe that “religions bring more conflict than peace.”

Almost half of Filipinos too, according to the same survey, agree that “people with very strong religious beliefs are often too intolerant of others.”

What do these figures tell us? At the very least, they suggest that many Filipinos have a cautious attitude towards being religious. They recognize that religion — by way of conflict or intolerance — does have the tendency to hurt people.

And how did they arrive at this conclusion? The answer, I believe, lies in people’s daily encounters with religious folks. How they treat people from another religious group and how they relate to the poor and sexual minorities are too glaring to be missed.

Indeed, many of us can readily tell whether people live by the values and teachings they preach.

Religion can also be divisive whenever it makes a claim over national identity. Some scholars have terms for this, including religious nationalism, Christian nationalism, and in my work, theological nationalism.

There are fine differences among these concepts. But their common denominator is that they all recognize the totalizing claim religion makes over national identity. In our case, the claim is that the Philippines is a Christian nation.

Many of us take it for granted.

And yet its implication on politics, elections, and policymaking is clear. Often, religious leaders and legislators invoke this claim in a conservative (and even fundamentalist) fashion. They do so whenever they feel that their sense of social and political order is under threat.

This bill has in fact been called many names: sinful, evil, and even a form of Western colonization that will destroy the moral fabric of the Filipino nation. Religious freedom too has been invoked to protect the interests of the (assumed) conservative majority. [READ: Sodom, Gomorrah, and the fate of gender equality]

This religious worldview — fundamentalist in every respect — rejects the dignity and presence of the LGBTQ+ community. 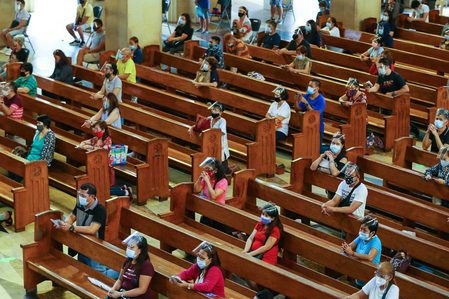 The pursuit of freedom

There’s no doubt that religion has inflicted wounds on many of us for a variety of other reasons. There’s no denying too that in the long history of religions, religious beliefs have been used to enslave people.

And yet it’s not all hopeless. This is because innate to the religious life is the desire for freedom.

How do I know this? It’s there in religious language itself. Depending on your tradition, you may call it enlightenment, completeness, salvation, or redemption.

Whatever religious or theological language you might subscribe to, you find in it the deep aspiration of humanity for liberty. Unfortunately, in their desire to be correct, many religious people miss out on the promise of freedom embedded in their faith.

And so they end up hurting people instead.

In the final analysis, the faith that many of us hold dear may have inflicted wounds on us and other people.

But there is too in religion that rejects all this violence. Perhaps muffled. Perhaps delivered in a still small voice. Either way, it musters the courage to say that injustices have to go.

For people of faith, it’s time that we said no to every form of injustice and suffering caused by our sacred convictions. This means reclaiming every space and conversation in the name of what could perhaps be the most sacred of all things: freedom. – Rappler.com

Jayeel Cornelio, PhD is the Director of the Development Studies Program at the Ateneo de Manila University and a 2017 Outstanding Young Scientist of the National Academy of Science and Technology. With Anjo Lorenzana and Robbin Dagle, he is currently working on a book based on their empirical research on religion and gender. Follow him on Twitter @jayeel_cornelio.

[OPINION] A sociology of hope