[OPINION] Where art thou, leader of ASEAN? Facebook Twitter Copy URL
Copied
'Isn’t it time for a more compelling and powerful ASEAN to step up?'

Some of the first things that come to mind when we hear of the European Union (EU) are the countries leading the way to promote and encourage dialogue, cooperation, and integration — perhaps Germany, and to an extent, even France — regardless of whether it is an informal leadership.

But when we hear of the Association of Southeast Nations (ASEAN), which countries leading the way come to mind? Perhaps we can list down the countries that make up the ASEAN. Still, we can’t point to a particular ASEAN country that fellow member countries favor to “lead their pack.”

Granted, the ASEAN is leagues different from the EU. Though similar in its being an assemblage of countries that belong to the same region, the EU is a political and economic bloc with formal systems and regulations in place (which member countries are mandated to follow), while the ASEAN is an amalgamation of countries in Southeast Asia with independent and varying levels and approaches to governance, economic growth, foreign relations, etc. Membership in the ASEAN — unlike the EU — has no requirements on the level of economic development or adherence to the rule  of law, for example.

Keeping it simple, ASEAN is a group of countries within the same vicinity.

[ANALYSIS] Between justice and diplomacy: What is the ASEAN for? Still, even with the dissimilarities in their structure, the ASEAN could stand to gain from the EU experience of having a leader. In a recent Konrad Adenauer Stiftung (KAS) Philippines closed-door  roundtable discussion on whether the ASEAN is still important, relevant, and credible, held last July 22, 2022, we pondered over whether a leader was what the ASEAN needed to stay (and most would even say, become) important, relevant, and credible. Although I can’t go into the details of the discussion since it was under Chatham House rules, I still have some persistent thoughts on the matter.

Admittedly, how the ASEAN was envisioned, assembled, and formed makes it difficult for the  association to take a united stand on weighty international concerns. For example, while the ASEAN  foreign ministers offered an official statement that they were deeply concerned with Russia’s invasion of Ukraine and asked for an immediate ceasefire, this was not only very general, but too prudent. Individual ASEAN countries also took different stances on the matter, from Myanmar’s tentative take due to its reliance on Russia’s military weapons, to Singapore’s bolder economic sanctions against Russia.

Another example of disjointed and disparate ASEAN action is their tackling of the Myanmar crisis. As the ASEAN affirmed a 5-point consensus on the situation, Myanmar’s leadership reneged on its agreement to the consensus. Consequently, the ASEAN banded together by instead choosing a non-political representative from Myanmar to attend their October 2021 summit. Nevertheless, the ASEAN countries still had fragmented approaches to the crisis, from the more public criticism of the Myanmar junta by Malaysia and Indonesia, to the re-engagement with the junta by Cambodia. A classic case of ASEAN fracture was in 2016, when the ASEAN foreign ministers were deadlocked on the Joint Communique. This followed The Hague court ruling that refuted China’s claims through its 9-dash line. While the Philippines and Vietnam advocated for the inclusion of the ruling, Cambodia, China’s strongest ally in the ASEAN, obstructed this inclusion. Once again, since 2012, the ASEAN was deadlocked because Cambodia refused to include a particular language regarding the South China Sea. Eventually, the Philippines withdrew its call to include the ruling. Subsequently, China publicly thanked Cambodia for its stance.

In more recent times and serving as another measure of ASEAN capability (or lack thereof), was the  paltry concerted efforts from the group during the height of the COVID-19 pandemic, even being close to the origin of the virus. Although the ASEAN released a declaration during a special summit  on COVID-19, member countries did not cooperate on COVID-19 vaccine development,  manufacturing, and distribution. And since this is too large an undertaking, perhaps something a bit more manageable could have been done, such as streamlining the movement of travelers within the region or sustaining and promoting smoother regional supply chains. But the ASEAN continued to work individually and independently.

Definitely, one can argue that the ASEAN values of consensus, consultation, and non-interference  played a hand in the fragmentation and ineffectiveness of the ASEAN thus far in these matters. But in the face of unwarranted violence in other countries, the lack of adherence to international law, and a severe global health crisis, isn’t it time for a more compelling and powerful ASEAN to step up? Perhaps what the ASEAN needs — whether they recognize it or not — is a strong leader to pave the way. Here are some potential candidates; my top 3, if you will. 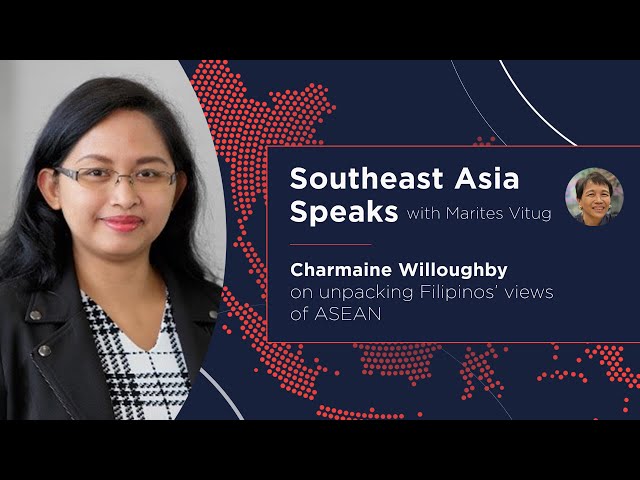 Let’s start with my home turf, the Philippines. The Philippines seems like a natural choice, being one  of the founding members of the ASEAN and a strong advocate for boosting and encouraging the socio-cultural facets of the Southeast Asian region. Moreover, the Philippines holds the distinct recognition of winning in The Hague Tribunal’s South China Sea ruling, demonstrating that a relatively less powerful nation can challenge a political, economic, and military giant such as China. Perhaps the Philippines can take the lead in the ASEAN, given the number of South China Sea claimant countries in the region, like Brunei, Malaysia, and Vietnam.

Let’s consider another natural choice. How about Indonesia? Also a founding member and the base  of the ASEAN Secretariat, Indonesia is demonstrating its ability to “balance” its relationship between Russia and Ukraine amidst the war in Ukraine. Indonesia’s global position as a strong military force is also undeniable. With its high defense spending and sizeable active military force, the country can serve as a formidable leader in upholding stability in the region. The country has demonstrated this in the past, when it squarely confronted China when the latter encroached on their Exclusive Economic Zone. Yet Indonesia still maintains relatively friendly relations with China – although, to be fair, their issue over fishing grounds is much less complicated and hostile compared to China’s territorial and maritime disputes with other ASEAN countries.

But essentially, Indonesia’s somewhat “balanced” approach to Russia and Ukraine and its ability to  stand up to China while at the same time maintaining amicability, seem domestically driven rather than motivated by a pressing need to promote and uphold peace and prosperity within the Southeast  Asian region (although the same could be said for other countries as well). Case in point, some quarters already consider Indonesia as the leader of the ASEAN. However, many criticized its lack of leadership, especially in the initial devastating wave of the COVID-19 pandemic, where Indonesia was overwhelmed by the virus and had ballooning and uncontrollable cases in their borders.

[OPINION] The ASEAN and the coronavirus But of course, as much as economic growth is Singapore’s forte, it can also be its vulnerable point.  Admittedly, being a major economic player allows the country to be fairly insulated from making stances on weighty international concerns. For example, in Russia’s invasion of and war in Ukraine, Singapore imposed direct sanctions on Russia and set trade controls on materials that could be used as weapons of war against Ukraine. From this perspective, Singapore may be economically strong enough to impose sanctions.

On the other hand, the same cannot be said for Singapore’s relationship with China. Being heavily  dependent on trade, Singapore, in the past, has not been sufficiently brazen and bold to stand with  other ASEAN claimant countries against China and its widening militarization of the disputed territories. The same seems to be the case for other serious developments concerning China, such as the oppression of the Uyghurs in Xinjiang. Singapore’s tentativeness when it comes to China indicates the higher negative economic impact that strained relations with China would bring, compared to that of strained relations with Russia. Clearly, Singapore does not want a repeat of its economic vulnerability during the US-China trade war.

Choosing an ASEAN leader is complicated, indeed. Yet it’s one thing for an ASEAN country to want to be the leader, and it’s another thing for all the other ASEAN countries to consider it as their leader. But stepping up is a good place to start to make the ASEAN important, relevant, and credible. Are you listening, Philippines, Indonesia, Singapore? – Rappler.com

Marie Antoinette “Tonette” de Jesus is the Senior Program Manager for Governance and Foreign Relations at the Konrad Adenauer Stiftung or KAS Philippines. She has been an international development practitioner for most of  her professional career, focusing on governance and politics, international relations, and economics. You may reach her  at tonette.dejesus@kas.de for any comments and feedback. The views and opinions expressed in this piece are solely  hers.