[OPINION] Why argue with your economist 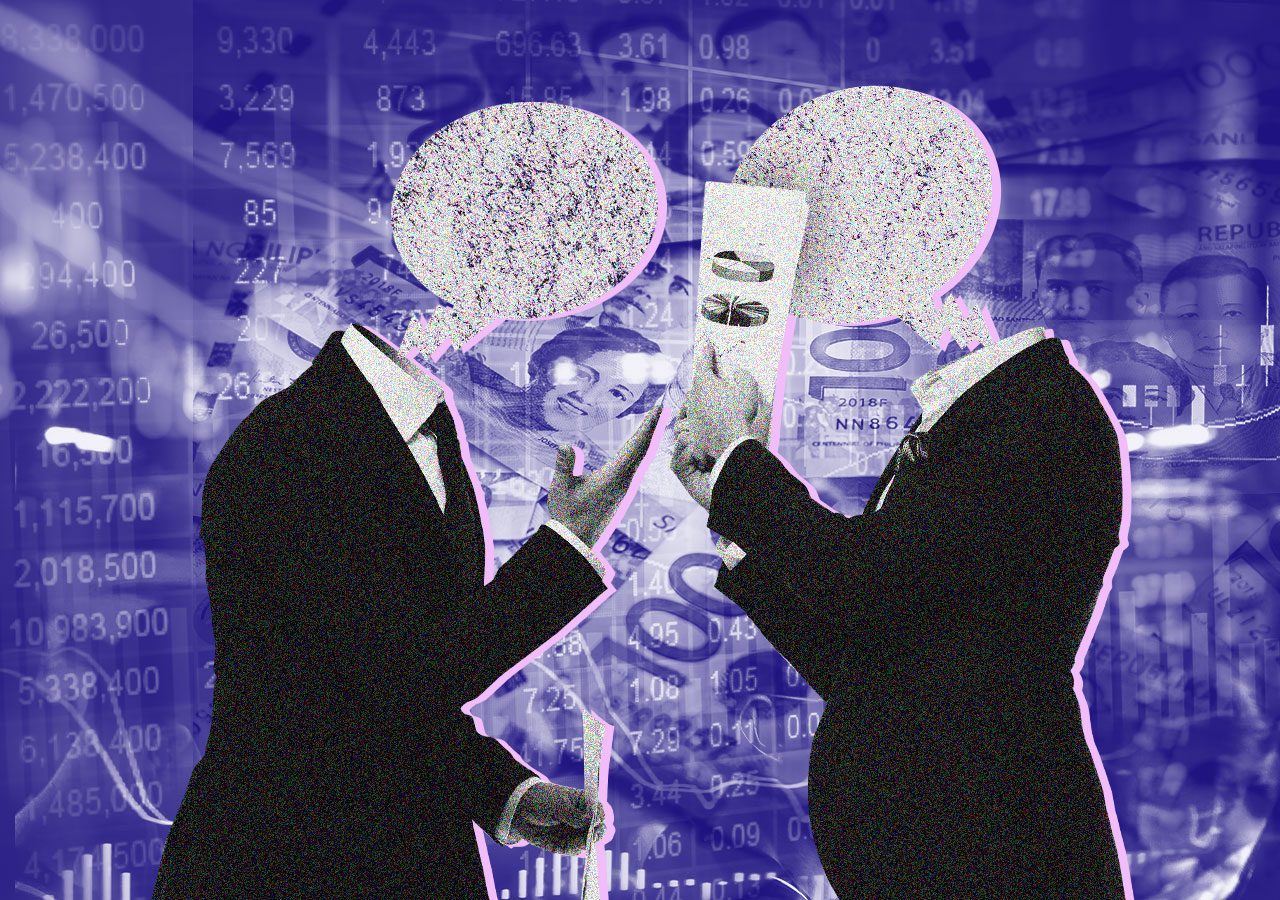 Facebook Twitter Copy URL
Copied
The economy is not a body that can be healed by the right prescriptions. It is, like the politics that subtend it, a series of ethical conundrums.

In the era of online disinformation, you often hear the words “trust the experts.” I generally agree, especially in discussions of science. I trust the expert doctor who tells me the COVID-19 vaccine is safe, and I do not trust the Ivermectin titos/as of Viber.

Trusting the experts often means trusting the science. It means trusting people who have investigated problems in detail and with great care. But this is not a hard and fast rule. Even in medicine, we need to sometimes challenge our doctors, as Dr. Gideon Lasco explained to me in a recent podcast. This is even more true for economists, who are not natural, experimental scientists, but moral scientists.

The notion of a trained, credentialed economist with unassailable knowledge is a new phenomenon in the Philippines. In the 1950s, one of the most important policy debates of the time was whether to depreciate the peso, which the Americans had forced us to peg at the ratio of two pesos to one dollar (that ratio was not a sign of economic health, but proof of economic imperialism).

I have explained the details of what the media would eventually call the “great debate” elsewhere, so, for our purposes, let us just turn to its protagonists. On the anti-depreciation side, you had Central Bank Governor Miguel Cuaderno and on the pro-depreciation side, you had Salvador Araneta, who occupied various Cabinet positions in the 1950s like secretary of economic coordination and secretary of agriculture. What’s interesting about both men was that neither of them were trained economists. They were lawyers who learned on the job.

I doubt either of them could calculate regressions. But what they lacked in technical expertise they made up for in their commitment to public dialogue. Indeed, the great debate was great because it was done in public. Instead of arguing with each other from within the halls of power, Araneta and Cuaderno went after each other in public speeches and newspaper columns.

In making their views public, they were inviting Filipinos to join the debate and learn about the economy. Some of them did. When I interviewed former finance minister Cesar Virata, he told me that he was first convinced of the need to depreciate the peso as a student in his 20s, during the time of the great debate.

In the second half of the twentieth century, economics would quickly be professionalized, as US-trained economists returned to the Philippines to work in government and teach in universities. The UP School of Economics was established in 1965 and economists with fancy degrees like Placido Mapa (PhD Economics, Harvard) entered government.

Having better trained economists was obviously a good thing. But as economics became more professionalized, the more people thought about it as an exact science that belonged to only trained experts. No longer did they feel invited to the party. As a Facebook commentor of mine noted, “I pay taxes to not have to figure out what the economic experts should.”

Average Filipinos fear participating in economic policy debates and often content themselves with checking the price of the peso or the latest inflation rate (to my mind, both poor indicators of economic health). They leave the details to the experts. This is both unsurprising and curious. It’s unsurprising because talking economics requires a new vocabulary. It’s curious because Filipinos don’t approach political policy the same way. It’s perfectly acceptable for your average Juan to have a position on federalism. But another BSP rate hike? Leave that to the experts.

Consider the parallel example of political scientists. As the name of their profession implies, these scholars also trade on “scientific” expertise (thank goodness economists don’t call themselves economic scientists!) And like economists, political scientists since the twentieth century have used mathematical models to establish the discipline’s cache. They have quantified concepts like civic participation and have attempted to correlate variables like the rise of the middle class and democracy. As technical as political science can get, however, citizens are less likely to just leave political problems to the experts. You see this even in Pinoy journalism, where an interviewer is more likely to push a political scientist than an economist. This is surely a generalization, but many times Pinoy journalists interview economists as if they were doctors providing prescriptions for the body-economy.

And yet some of the most creative thinking about economics can be done by non-economists. My favorite explanation for why inflation is not always bad, for example, is in a Nick Joaquin essay from 1965. Let me quote the master’s brilliance in full:

One mother groaning over high prices fell to reminiscing nostalgically on the days before the war, when eggs cost only so much, fresh milk could be had for a song, butter and canned goods were ridiculously cheap, the prices of meat were a joke, and apples, grapes and oranges didn’t cost a king’s ransom. Whereupon her children exclaimed that their mother must have enjoyed quite a table when she was young; with everything so cheap, she must have had eggs, fresh milk, butter and canned goods, lots of meat, and apples, grapes and oranges every day! That brought up the lady short. Thinking back again, and comparing her children’s table, she realized, with a shock, that what was ordinary fare for them had been “luxuries” for her, though she had been young in supposedly cheaper times. She had tasted apples only during Christmas; the poorest urchin on the streets of Manila today hardly regards an apple as an event. Yet she had not come from a poor family; they were reasonably well-off but had lived as meanly—from today’s viewpoint—as though they were impoverished: a movie once a week; new clothes only on one’s birthday; new shoes only on Christmas. And though she now looked back on those days as a heaven of low prices, what she actually remembered were her parents groaning over the prices and the hard times. What she found herself having to admit was that her children ate better, dressed better and lived better than she had done as a child.

My own favorite intro to an economics book was written, not by an economist, but the novelist John Lanchester. Because he wanted to situate his characters within broad macroeconomic trends, Lanchester taught himself economic concepts. I love his take on the basic economics because, unlike professional economists, he knows what it’s like to be confused by all this stuff. That novelists can have such great economics insights is unsurprising because, as Nobel prize in economics laureate Robert Shiller explains, economic policy rests largely on the stories we tell our society. Shiller has therefore encouraged storytellers and scholars of literature to participate in building a new subfield called “narrative economics.”

To the extent that economics is a science, it is a value-laden one. Like literature, economic policy reflects the moral values of its time. In school, we learn that economics asks the question of how to allocate scarce resources. Scarcity, of course, means we do not have unlimited resources. And what resources we allocate and to whom we allocate these is not a technical question, it is a moral one. To return to the false medical analogy, the economy is not a body that can be healed by the right prescriptions. It is, like the politics that subtend it, a series of ethical conundrums.

Lisandro Claudio is assistant professor at the Department of South and Southeast Asian Studies, University of California, Berkeley. He is also the host of Rappler’s Basagan ng Trip. He is not an economist.