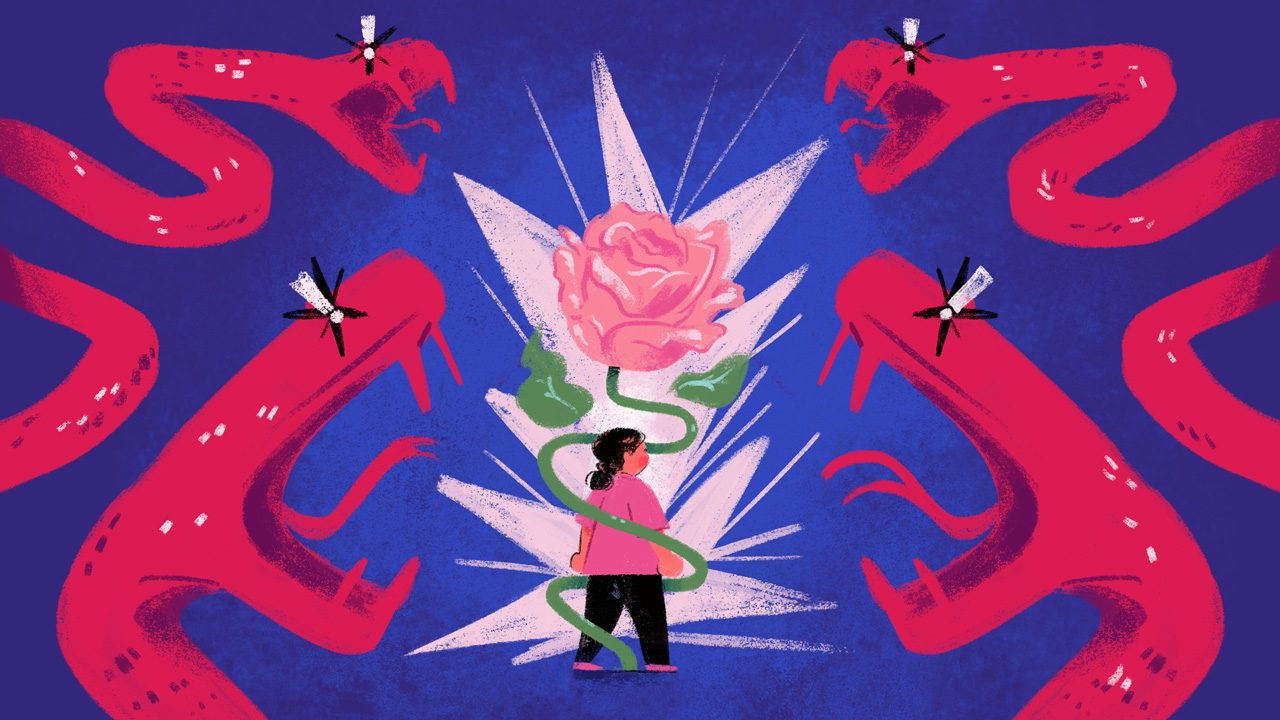 Facebook Twitter Copy URL
Copied
'We gave it our all towards the end, but we also learned a grade school lesson the hard way: no cramming'

We use the term “partida na” to refer to a handicap. And partida is how we should think of the Leni Robredo campaign. The question is not why she lost, but why her campaign did so well amid terrible odds. Like many Filipinos who believe in truth and justice, I mourn the results of the elections. Kakampinks should be sad, because the election of a liar and thief augurs poorly for our country’s future. But we should also take comfort in what we have achieved. Partida na, we got at least 14 million votes despite being extremely dehado.

For those who think we failed, consider the following:

The Marcos campaign was indeed a campaign of unity: unity of the most powerful political clans in the country. The ticket was headlined by a Marcos and a Duterte. But this coalition was brokered by Gloria Macapagal-Arroyo — the person most responsible for unraveling the “yellow” narrative of post-EDSA politics. Joining this Marcos-Duterte-Arroyo trinity were the Estradas (who have never left the national spotlight) and the Villars, the nation’s most successful rent-seekers.

The Marcos family has historically been formidable because they have had two bailiwicks: Ilocos and Leyte. Ferdinand Sr. of Batac thought he had forged a lasting North-South coalition when he married Imelda Romualdez of Leyte. But the true North-South coalition only emerged when GMA officiated the political marriage of BBM and Sara. In September of 2021, Sara was the leading presidential candidate in Mindanao, with 47% preference, while Marcos only had 8% (Pacquiao had 15%). By January 2021, with Sara sliding down to vice president, BBM received 66% support in Mindanao — a commanding lead that stayed consistent for the entirety of the campaign period.

In retrospect, it’s also clear that, given Rodrigo Duterte’s sky-high approval ratings, Filipinos were searching for a continuity candidate. In 2021, the best hope of the opposition was for the pro-Duterte vote to split itself among two candidates who were styling themselves as heirs to Digong. GMA foreclosed that possibility. 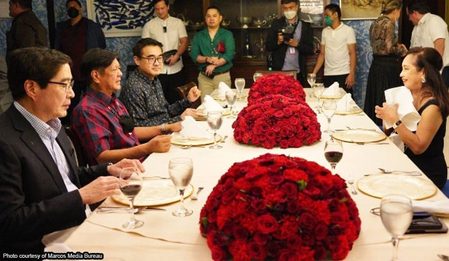 We Kakampinks were against an unprecedented coalescing of dynastic power, likely even backed by the People’s Republic of China. And there is no shame in taking on that juggernaut. Besides, this coalition of corruption is brittle, and we can beat it if we play a long game.

Former presidential spokesperson Edwin Lacierda explains that it was only in the final months of 2021 that VP Leni decided to aim for the presidency. By contrast, BBM may have been planning a presidential run as early as 2010, when he became a senator and proved that the Marcoses could cultivate electoral bases outside Ilocos and Leyte. Lacierda also says that the messaging of the Leni campaign only became clear in January and that the mammoth rallies took a while to snowball. We gave it our all towards the end, but we also learned a grade school lesson the hard way: no cramming. As far as crammers go, though, we did a pretty good job.

In the span of a few months, millions rallied to the pink banner, and showed what people power could look like in this century. Think of what we could do if we spent the next six years preparing.

Anyone who thinks Marcosian disinformation is a product of the social media era should read Ferdinand Marcos’s authorized biography For Every Tear a Victory by Hartzell Spence, which was published in the run-up to the 1965 presidential election. Among the many absurd lies of the book is the claim that Marcos probably saved Australia from the Japanese during World War II. Spence contends that Marcos’s individual exploits as a guerilla slowed down the southbound movement of the Japanese army, giving the Australian army time to consolidate its forces.

When Marcos became president and especially after the declaration of martial law, lies rushed to the center of public life. You had spin doctors like Francisco Tatad, helping create the image of an anarchic country that only Apo Lakay could discipline. You had “broadcasters” like Ronnie Nathaniels asking Marcos and his officials questions even more softball than Toni Gonzaga’s. You had writers like Adrian Cristobal who made people believe that Marcos was an ideologue. And you had historians like Zeus Salazar and Reynaldo Ileto, who, in writing a history book authored by Marcos, made people believe that Marcos had a historic vision. These days, we use the cliché “never forget.” But many Filipinos who grew up consuming Marcos’s propaganda in the 1970s may not have a lot of truth to remember. The newspapers and TV did not tell them the activists were being murdered, imprisoned, and tortured. Neither did they inform them that their president and his cronies were pillaging the nation’s coffers. Even in 1986, when Marcos had hit rock bottom, an Ateneo-Social Weather Stations study showed that 69% of Filipinos saw Marcos as “a brave president,” while 34% disagreed that he was a thief, and 35% disagreed that he was a liar.

Kakampinks were going against decades of untruth enabled by the complicity of many. We can give ourselves a break for struggling to find an effective counternarrative.

There are ways forward, but the road will be long and hard. As the late Chair of the Commission on Human Rights Chito Gascon told me, “Things will get worse before they get better.” We are losing today, and should not again be deceived by charlatans who peddle false hope by throwing random “big data” our way. We will find a way to reclaim our democracy; I don’t know exactly what that way is, but it will reveal itself if we do the hard work of listening. In the meantime, we should take stock of our achievements. We will build on them tomorrow. – Rappler.com