We have been taught about the importance of science since our school days. Yet in a dynamic world we appear to take science at face value, meaning that we don’t pay enough attention to the changing and interconnected features of many sciences around us.

A global survey on public attitudes to science and health published in mid-2019 reported that 72% of people worldwide trust scientists (with 18% high level of trust and 54% medium trust).

This amid the sentiment of over half or 57% who said they don’t think they know much, if anything, about science – which means that over half of the respondents are not sure whether what they know about science indeed speaks of science.

In our own backyard, 84% of Filipinos said they have trust in scientists (32% high trust and 52% medium trust).

A more recent 2021 survey commissioned by a multinational conglomerate revealed a more optimistic sense, putting the public trust in science at a record-high 91%. 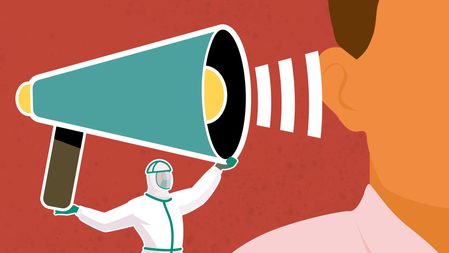 Despite the convincing trust in scientists and science at large, why is science not sexy enough as a point of public attention?

Part of the answer lies in ways we see the shifting and competing stories about science in areas as diverse as space tourism, music, COVID-19 vaccines, Artificial Intelligence (AI), big data, and social media. But these are not mere areas, rather they are battlegrounds that continuously shape our understanding of science. In other words, our sense of what is scientific, unscientific, and anti-scientific is partly hinged on these areas where our notion of science is constantly negotiated.

The renewed interest in space travel today is not about who gets to land or fly first around the moon, but in who gets to travel the space as private tourists who can afford the price.

A report shows that Branson’s Virgin Galactic offers the cheapest way to space at $450,000 or P24 million. A single seat on Bezos’ Blue Origin is auctioned at $28 million or P1.5 billion, while Musk’s SpaceX’s single seat is pegged at $50 million or P2.6 billion.

Not only are they ridiculously hefty, explains a researcher, but they are not achieving any real goals. Some like those who own space consulting firms are expected to argue otherwise, believing that space flights are great opportunities to conduct scientific experiments.

In the Philippines, no less than the government-controlled Philippine News Agency uncritically covered the four space tourists who “came back to Earth” in September 2021. Another report conveniently compared the country’s ambitions of exploring the outer space with that of Musk and others’ by mainstreaming the government’s Philippine Space Agency tasked to handle issues related to science and technology in space.

While some plans behind the use of space tourism are well intentioned, there are way more gaps than answers before we can make a good deal out of it. Being in and around the space is a cool thing for sure, but there should be more to it than coolness. Rogan not only hosted COVID-19 skeptics like Robert Malone, who referred to COVID-19 vaccines as experimental vaccines, but also spewed misinformation about the pandemic. In December 2021, Malone through JRE spoke of conspiracy theories, saying among other things that the mandates of vaccinations are explicitly illegal and inconsistent with bioethics and laws on health.

This case matters because it tells us how badly polarized the discourses on health and medical sciences.

Unlike traditional right-wingers, Rogan hosts and supports various public personalities from a wide range of spectrum including Donald Trump and Bernie Sanders. For some observers, Rogan is one of the very few names in podcasting big enough to stir media headlines. His cross-partisan and youthful, mass appeal is very hard to resist on the part of Spotify.

Such a controversy prompted a group of over 250 scientists, medical experts, and academics who called on Spotify to come up with a policy addressing misinformation on its platform.

In the Philippines, we have an idea on who the main peddlers are of unscientific and anti-science remarks on COVID-19. In one of his weekly televised broadcasts, Duterte used to amplify false and vulgar rhetoric by threatening the public to either get vaccinated, be arrested, or die.

Top spreader of COVID-19 disinformation has an office in Manila 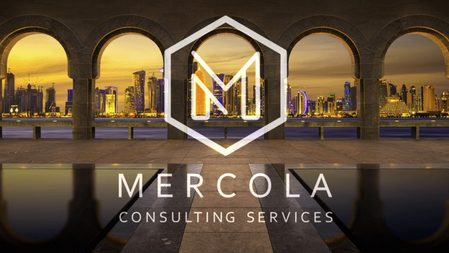 Much of the hype about AI has to do with ways big technology companies particularly Facebook and YouTube harvest data from users. And there is a dark side to the political use of AI and big data in social media.

A simplified version of the scandal goes like this: Facebook exposed the personal data of its 87 million users to a researcher working at Cambridge Analytica, the company that eventually worked for the 2016 Trump campaign. There were pieces of evidence too that the company was instrumental in the Brexit campaign which helped the UK moved out of the European Union.

It is not complicated to identify the culprits behind the un-sexiness of science.

First is that there is simply not enough clear explanation as to the relevance of scientific innovations to our daily lives. It is not surprising to celebrate such achievements as space tourism, but why it matters in the first place does not seem to be the point of public attention.

The other reason is that when scientific information is not explained in humanized terms, we cannot relate to it – creating an impression of how arrogantly exclusive science is to scientists and scholars.

Another culprit is that science tends to forget its public and political purpose. By this I mean we tend to live in our own bubbles and echo chambers where we find comfort and a sense of agreeability with like-minded others. We forget that we need to be assertive, confrontational even, to expose the anti-scientific sentiments peddled by influential actors such as government officials, politicians, and their lackeys capable of shaping the public discourse.

There are of course collaborative initiatives as in the case of scientists calling out Spotify’s misinformation. In the Philippines, scientists affiliated with the UP Marine Science Institute helped expose the Duterte administration’s costly and temporary plan to overlay the Manila Bay’s shoreline with crushed dolomite rocks in 2020, contending that the government’s beautification project amounting to $8 million or P389 million will not address the root of our environmental problems.

If by sexy science we mean a science that is appealing enough to the public’s way of thinking about space, technology, music, politics, and practically anything, I don’t see any reason why we should not endorse such an understanding. – Rappler.com

Jefferson Lyndon D. Ragragio is an assistant professor at the College of Development Communication, University of the Philippines Los Baños. He has a PhD in media studies from Hong Kong Baptist University. He tweets @JeffRagragio.

Why some people find it harder to be happy

Dogs and TV: Here’s what we know about how they respond