Rage against the (party) machine 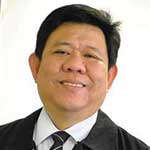 A three-cornered fight for the presidency in 2016 looms with the breakdown of talks between President Noynoy Aquino and Senator Grace Poe to forge an alliance with the Liberal Party’s presidential candidate Secretary Mar Roxas.

PNoy was hoping to preserve his ruling coalition and assemble a united front against the populist challenge of Vice President Jejomar Binay of the United Nationalist Alliance (UNA).

Given the fluidity of the political situation, other potential candidates may decide to jump into the fray including Rodrigo Duterte, Miriam Defensor Santiago, Panfilo Lacson, Allan Peter Cayetano, and Ferdinand "Bongbong” Marcos Jr.

This early, some pundits and political operators are already downplaying Poe’s popularity and dismissing the chances of other so-called presidentiables given their lack of political party machinery.

Political machines are specialized organizations set up for the purpose of mobilizing and influencing voter outcome through the dispensation of social, economic or material benefits. These benefits are essentially patronage in the form of jobs, services, favors and money distributed to voters and supporters.

Because of clan dominance and our weak political party system, the party machine is the least dependable form of political machinery. Yuko Kasuya, a Japanese political scientist at Keio University observed a “presidential bandwagon effect” in the Philippines where local candidates tend to affiliate with the most viable (usually popular) presidential candidates by switching parties.

Thus, the continued support of a party machine is largely contingent on the “winnability” or popularity of a presidential candidate. The “presidential bandwagon effect” manifested itself in practically all of the post-Marcos presidential elections.

At the peak of its political power, the Laban ng Demokratikong Pilipino (LDP) boasted of five senators, 150 congressmen, 50 governors, 35 city mayors, 1,100 municipal mayors, and 70 percent of the barangay officials.

During its 1991 convention, House Speaker Ramon Mitra Jr. enjoyed the support of local political clans like the Singsons of Ilocos Sur, the Remullas of Cavite, the Dangwas of Benguet, the Villafuertes of Camarines Sur, the Cuencos of Cebu, the Sarmientos of Davao del Norte, the Chiongbians of South Cotobato, and the Espinosas of Masbate. Mitra defeated Defense Secretary Fidel Ramos who was supported by party members loyal to President Corazon Aquino and her brother LDP secretary-general Jose “Peping” Cojuangco Jr. After the dust of the 1992 presidential election settled, Mitra ended fourth in a field of seven with 14.64% of the votes, while Ramos won the presidency with 23.58% of the votes.

Soon after, the Lakas National Union of Christian Democrats or Lakas-NUCD, the ragtag party of Fidel Ramos in 1992 ballooned into a monolithic party under his presidency. Lakas-NUCD had five senators, 131 congressmen, 56 governors, and majority of the mayors and barangay officials. The party president and House Speaker Jose de Venecia Jr. defeated seven contenders, including Defense Secretary Renato de Villa, to win President Ramos’s endorsement. De Venecia also had the support of practically the same political clans who backed Mitra in 1992, including the Dys of Isabela, the Romans of Bataan, the Petillas of Leyte, the Roños of Western Samar, the Dimaporos of Lanao del Norte, the Amantes of Agusan del Norte, the Fortichs of Bukidnon.

Just like Mitra in 1992, however, De Venecia was trounced by then Vice Presdident Joseph Estrada through a potent mix of popularity and machinery. Estrada’s immense popularity found a machinery in the Laban ng Makabayang Masang Pilipino (LAMMP) – a loose coalition of the LDP, Nationalist People’s Coalition (NPC) and the Partido ng Masang Pilipino (PMP). Estrada won the election with a margin of 23.9% over second placer De Venecia in a field of ten contenders.

Faced with the challenge of Fernando Poe Jr., (popularly known as FPJ) who was extremely popular with the poor voters that comprised majority of the electorate, President Gloria Macapagal Arroyo  exploited the advantage of her incumbency to mobilize government resources to her advantage. Arroyo's narrow victory was a result of the massive mobilization of money, party and government machinery, the support of regional bailiwicks, and the delivery of the religious command votes.

With the astute use of polling techniques, the President managed to narrow down the lead of her popular opponent in the public opinion surveys. Arroyo also relied on the Ampatuans of Maguindano for “special operation.” Later, the “Hello, Garci” tapes would reveal the use of electoral manipulation to deliver Arroyo her one million vote margin over FPJ.

On the other hand, FPJ was supported by the Koalisyon ng Nagkakaisang Pilipino (KNP) – a loose coalition among the LDP, PMP, the PDP-Laban, and a faction of the NPC. Unlike President Estrada’s LAMMP coalition in 1998, which managed to assemble the requisite political machinery to convert popularity into votes and have them counted, the KNP, Poe’s coalition in 2004, fielded only 26 candidates out of 211 seats (12 percent) for the House of Representatives and eight candidates for 76 (10 percent) provincial governor seats.

After nine years in power, President Arroyo formally merged the ruling Lakas CMD with the party she founded in 1997 –  the Kabalikat ng Malayang Pilipino (Kampi).

The merged administration parties – Lakas-Kampi-CMD – claimed the support of about 70 percent of governors, congressmen and mayors across the country. Out of 219 congressional seats, Lakas-Kampi-CMD had 146 representatives, or about 66.7 percent representation.

In the gubernatorial race, they had 58 candidates out of 80 slots, or 72.5 percent of the total available posts. For the city and municipal mayoral positions, they had 85 out of 120, and 1,112 out of 1,507 positions, respectively. The widely unpopular Arroyo anointed Defense Secretary Gilbert Teodoro as the administration candidate.

However, the massive outpouring of national grief over the death of former President and democracy icon Corazon C. Aquino on August 1, 2009 catapulted Benigno “Noynoy” Aquino to the top of the presidential surveys.

Given the unpopularity of the Arroyo administration and the weak performance of Teodoro in the surveys, many of the administration candidates overtly or covertly switched parties.

Currently, the Liberal Party has 4 senators, 115 congressmen, 38 governors, 604 mayors, and 4,269 councilors. Secretary Mar Roxas is counting on PNoy’s endorsement and the LP machinery to boost his survey ratings. He needs to exponentially grow his ranking in the next two rounds of surveys in September and January in order to remain competitive.

On the other hand, Vice President Jejomar Binay is hoping to regain lost ground by aggressively touching base with his solid base of supporters in class D and E.

He has managed to survive the series of corruption allegations against him and his family but these had taken a toll on his popularity. UNA has currently 5 senators (two are detained for the pork barrel scandal), 10 congressmen, 4 governors, 16 mayors, and 169 councilors. Binay is banking on the support of late party-switchers who are expected to jump from the ruling LP coalition. However, he might lose them to the surging Grace Poe.

It is apparent that Senator Poe is all set to mount a presidential run together with Senator Chiz Escudero. However, she needs to provide more substance to the public beyond the hope and inspiration she offers. She should also fortify her defense against the barrage of negative political attacks expected to be thrown at her and Escudero in the next survey cycle. She needs to capitalize on her early popularity to build a formidable political machinery.

Despite running as independent, she should secure the support of three political parties: the NPC, the Nacionalista Party, and the National Unity Party (NUP).

The National Unity Party (NUP) is composed of former Kampi members who joined the LP coalition. It consists of 24 congressmen, 8 governors, 128 mayors, and 882 councilors.

Some members of these parties have indicated their intention to run for the presidency or vice presidency or have silently committed their support for either Roxas or Binay. The first test for Poe is to weave a grand coalition of parties and movements similar to what her father did in 2004.

The rest is what Machiavelli called Fortuna or destiny. – Rappler.com

Julio C. Teehankee is Full Professor of Comparative Politics and Dean of the College of Liberal Arts at De La Salle University. He is a veteran of presidential campaigns since the 1986 snap election. He is also the Executive Secretary of the Asian Political and International Studies Association (APISA).