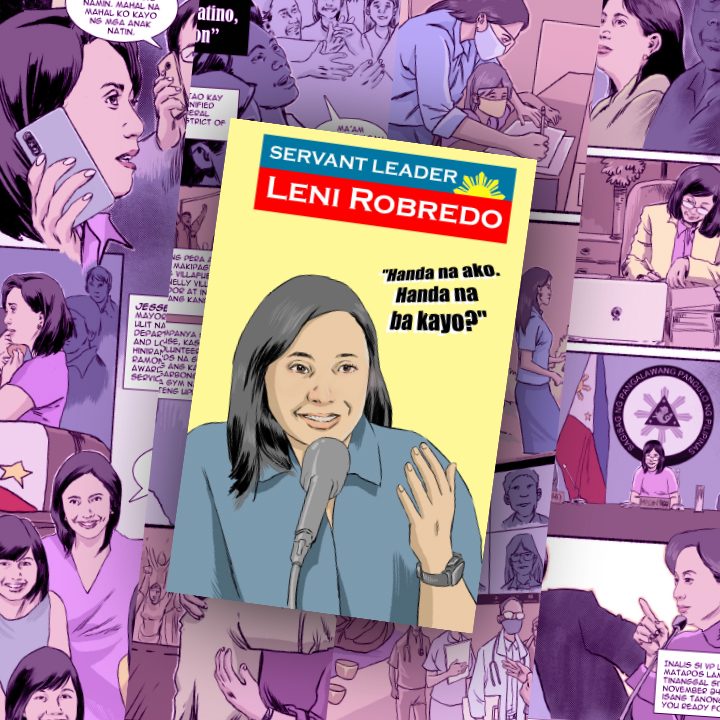 Facebook Twitter Copy URL
Copied
'Can the medium of comics matter, and can their online distribution really matter?'

“A nation can survive its fools, and even the ambitious. But it cannot survive treason from within. For the traitor appears not as a traitor, he speaks in accents familiar to his victims, and he wears their face and their arguments, he speaks to the baseness deep in the hearts of all men…. He rots the soul of a nation.”

Roman Statesman Cicero in 42 BC, as cited in Taylor Caldwell’s 1965 Novel, A Pillar of Iron.

If reason is required as to why the run-up to 2022 is of such importance to us all, it bodes well to remember the lines attributed to the philosopher-orator Cicero, who denounced the treachery and ineptness of the leaders of his time, which eventually led to his untimely death as the regime of the day collapsed.

Undoubtedly, our country currently experiences a “moral meltdown,” due in great part to the incapacity of those who now sit in power, who are backed by resources amassed by the unscrupulous in both government and private endeavors. However, this situation likewise provides an opportunity for our citizens to turn things around, as we approach the three phases of the electoral calendar now upon us: (1) the pre-candidacy period, which runs to the filing of candidacy until October 8; (2) the pre-campaign period, which lasts from then until (3) the official campaign period, which finally begins on February 8, 2022.

Why engage? Because the future is stark, and the imperative is clear. It is time for our citizens to become increasingly aware that what faces us at this time is a defining moment in our history. We find ourselves at the crossroads. We can determine our direction for the years to come: either to continue with our dreaded descent into irrelevance or to take up the task of turning things around. To put the demands of the dilemma in more stark and practical terms in the run-up to 2022: it is high time to identify and encourage leaders who have the potential to become servant leaders and build the support required – urgently, now!

There are of course diverse ways of responding to the challenges raised by this hour. Allow me to share a modest contribution which I have undertaken, along the lines of producing “comics-for-others.”

After writing Servant Leader Leni Robredo (now in its third reincarnation; first, as a handsome publication; then as the just-printed Next Gen Edition; and then as the companion pocket book-size Filipino Edition, with a supplement on PNoy – all published by San Anselmo Press), I decided to adapt the publication as illustrated online comics that finds adherents among some of our young – both students and out of school youth – with the assistance of comics illustrators suggested by Rogifort’s (our late son) good friend, Budjette Tan (the Trese series creator).

After consultations with practitioners, research, and reflection, the manuscript has been translated into the two main languages spoken in the country: Filipino and Cebuano. Moreover, through volunteers who have provided their services all pro-bono, the online komiks has been translated into the different languages spoken in the principal regions of the country:  in Luzon, besides Filipino, Ilokano, Pangasinense, Kapampangan, and Bikolano; in the Visayas and Mindanao, besides Cebuano, Hiligaynon and Waray.

In collaboration with a professional film outfit and the generosity of kind souls, the effort is currently underway to convert the online comics into a video version with music, sound design, and animation, so that it can reach an even wider audience. Moreover, to ensure that people understand and accept the importance of electing servant leaders in the run-up to 2022 as the online comics envisions, perhaps, it is worthwhile to pause. How can we rethink the undertaking’s raison d’etre – its core aim, making it more valuable and relevant to the actions of people on the ground? I believe that some form of social infrastructure – multiple vehicles, if you wish – has to be generally identified and catalyzed: Allow me then, to pose one final question on one specific undertaking that I have experienced on the ground: can komiks make a difference in the run-up to 2022? Can the medium of comics matter, and can their online distribution really matter? And, in what ways can we do what we can?  There are perhaps more questions than answers. But one thing is clear: to resist in times like ours, what we need to do is to reimagine and reinvent!

In this time of the pandemic where traditional distribution methods and communicating with varied and dispersed audiences are extremely difficult, it is important to reimagine the task and rely on the social media platforms mostly used by our people, particularly our youth, such as Facebook, Twitter, Messenger, You Tube, and other forms of engaging with people who will be the potential voters in the coming national elections.

Different ways and diverse forms of reaching people need to be reinvented. But, the need of the moment remains: to convey the message of alternative leaders, to present their narratives, and most importantly to answer the question “why?” These tasks take on both urgency and priority in this phase in the run-up to 2022.

If we are to move on and turn things around, we need to understand a basic lesson that history has taught us: social change requires the marathon mentality, which relies on the conviction that anything worth doing takes time but nevertheless begins with the first steps that we take now. – Rappler.com

Ed Garcia is one of the framers of the 1987 Constitution, and is the author of Servant Leader Leni Robredo – the NextGen Edition 2020 and its Filipino Edition 2021, as well as Seachange!, Defiant Hope!, and Courage! published by the Jesuit Communications Foundation.