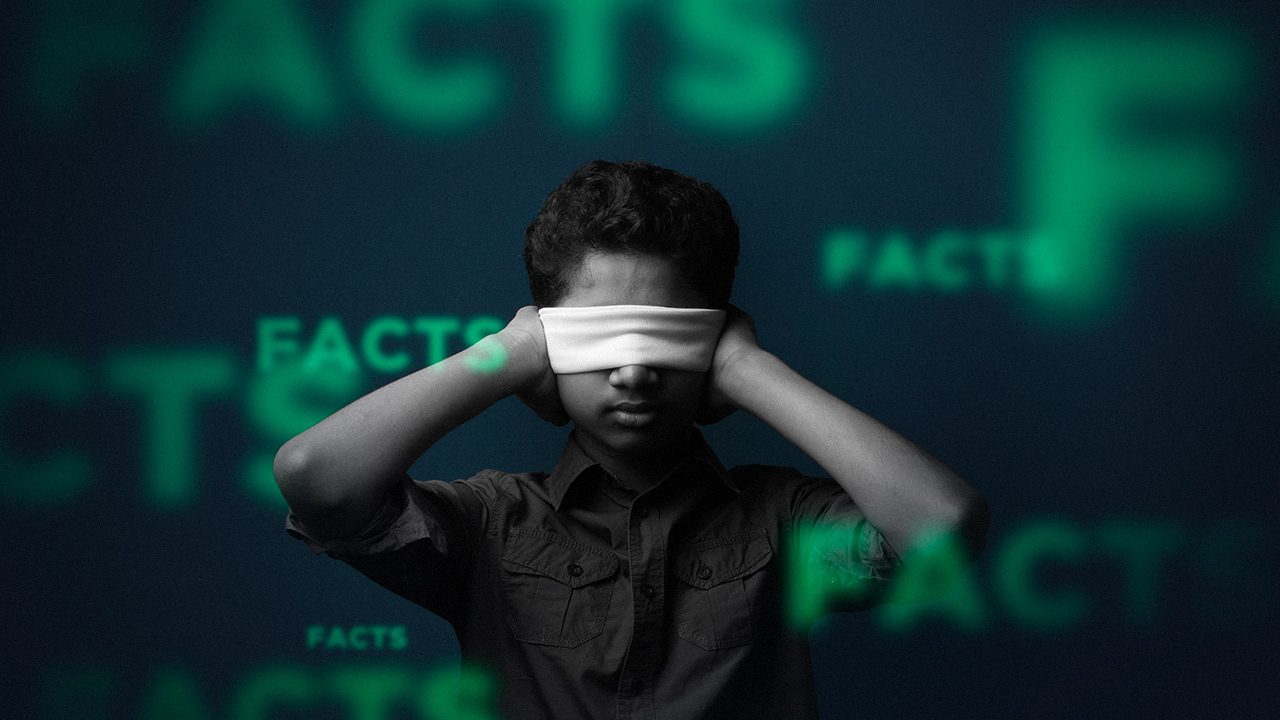 Facebook Twitter Copy URL
Copied
When any decision reaches the level of 'belief,' it becomes deeply personal and 'personal' is a kaleidoscope of stories across a lifetime, with special emphasis on your childhood experiences

What you see is not what is there but who you are, or more specifically what you believe in. This is the one lesson that became so clear to me amid my own challenge to convince family and loved ones to get vaccinated and/or to get boosters. It is also the same filter when we convince one another which electoral candidate really did or did not do something which affects his or her standing as a candidate.

In brain science, “belief,” any kind of belief and not just “religious,” involves some kind of inter-agency task force in your brain – which filters all the information you receive.  What gets through is not what is out there but what your belief allows to come in. If you are a solid believer in Ivermectin, “natural” immunity, or the exclusive amazingness of your own candidate, then more likely than not, no amount of scientific studies or real-world proof could convince you to think otherwise. Not only will you refute anything that does not conform to your belief, you will also feel very aggressive and emotional in defending your belief to the extent of paying an army of coding strangers (a.k.a. “trolls”) to further your own beliefs.

In many occasions, for vaccines and boosters, I experienced that these people, including the ones I love dearly, will even cite scientific proof and when I show proof that those guidelines have changed, they will find another reason to stick to their original choice. For those who believe in their own candidates, no amount of myth-busting could bust their support for their candidate. And I get immediately tired as I imagine myself in a closed loop, chasing after them as they shop for reasons and information to support their own beliefs which will be eternal.

“Belief,” in anything, not just religious ones, are so deeply embedded in one’s character that those whose beliefs are challenged, more often than not, feel personally insulted when you present them with information that does not conform to their belief. Because of that, it becomes more than what is factual or not, but more, what it says about who is making or saying them to be so.

When any decision reaches the level of “belief,” it becomes deeply personal and “personal” is a kaleidoscope of stories across a lifetime, with special emphasis on your childhood experiences. Once you plug in a seemingly straightforward set of information about vaccine or facts about a candidate through that kaleidoscope, it will not come in or come out the same way you intended it to. So unless you have the emotional courage to get into those “personal waters” of another person, to stand very little chance if your only weapon is strewn with only facts and reason.

So does the stalemate between “belief” and changing things for the “better” prove that hope should not really spring eternal for humans who have mastered the art of “believing”? No. Beliefs, while solid to the one trying to smash through it, is still changeable to the one possessing those beliefs, if it is not making life for them and the people around them, especially the ones they care about, better.

Beliefs are not what happens to you but how you make sense of what happens to you and how you think it applies to many things that happen in your life. How you were brought up as a child plays a lot and deeply into your belief system as you become an adult – how you make meaning. My own childhood was so strewn with mixed confusions, many of them hilarious (especially now from my vantage point in midlife) about how the adults in my family were trying to make sense of our lives. There was no hard core anything (except maybe mother’s rules about how to cook the proper mechado). When I was growing up, beliefs and practices resulting from them, generally changed and adjusted so life could be bearable and more importantly, more meaningful and joyful. It is probably why “change” is relatively more hardwired in me than most people I know of my age group.

My case for giving up on hardcore believers is based on studies that we cannot wholly bank on direct persuasion, thinking that grounded figures or findings of prestigious institutions or standing will convince people who really do not believe in vaccines or any other candidate other than their own, for their kaleidoscope of reasons, will change their minds. The science of changing other people’s minds proves that showing the science is never enough. This also explains probably why if it is with people I love and have known for many years, I am more patient in understanding their background, their propensity for certain things even if not directly related to vaccinations or the elections. Or I just pull up the accordion gate in my head not to engage at all anymore and hope that they themselves will awaken on their own through their own changing kaleidoscope in their heads, without having someone else take the credit for persuading them. After all, like “sleeping” and “waking up,” believing is something we have to do on our own. No one can believe anything via proxy. – Rappler.com