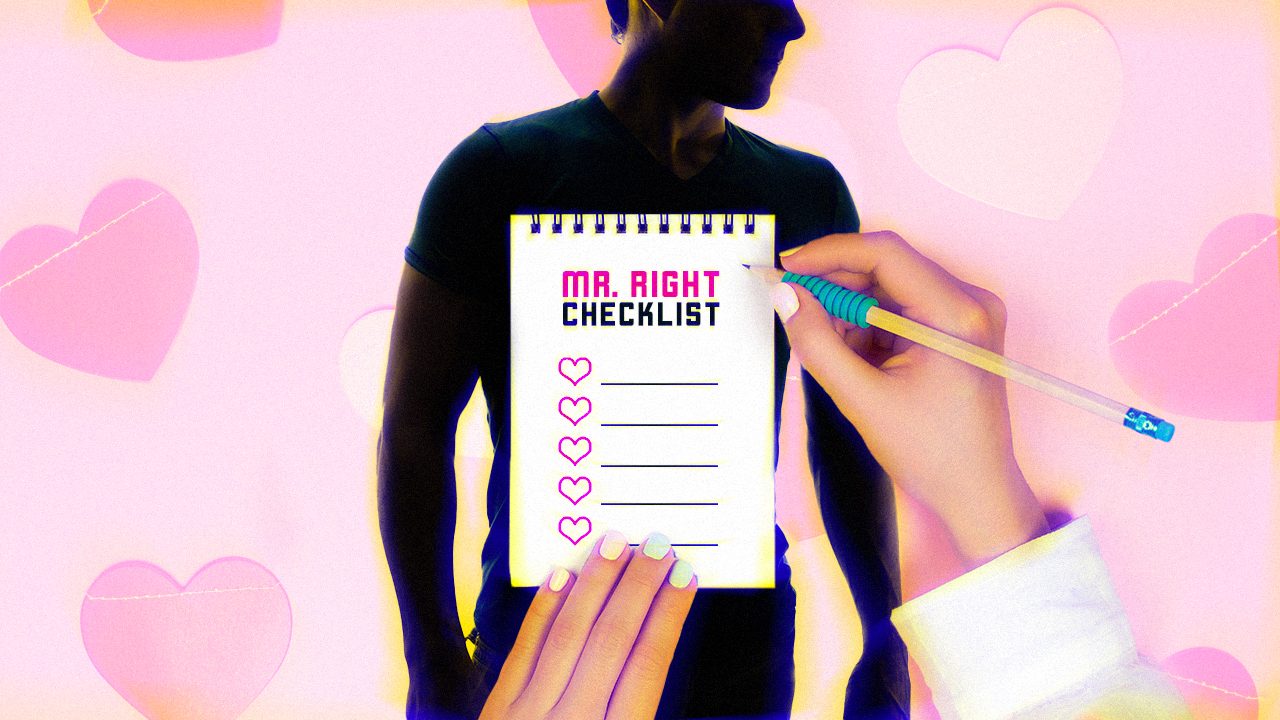 Facebook Twitter Copy URL
Copied
'Love' is multi-bladed as much as it is many-splendored and through time, all those lights and blades will dim and get rusty at some parts and in turns

I cannot find who coined “Finding Mr. Right.” I have a matter to settle with her/him.

Most of us are familiar with “Mr. Right” – specifically finding him – but why is it that we have never heard of “Miss Right”? It is as if “Mr. Right” is hidden in the mysterious folds of spacetime with other Misters that she is the one who is fixed in time, unchanging, who needs to sort through those manifolds to find him.  Does “Mr. Right,” wherever he will be issued from the depths of the universe, pop in at some point in a woman’s life and descend like a glorious key to turn her life on?

Why is it widely perceived that when it comes to romantic love, at least with heterosexual pairings, “Mr. Right” is some sort of the prize for the Miss trying to find him if she is lucky with the genetic cards she is dealt with and how she plays those cards?  Is Mr. Right some sort of mysterious organism going about his own business uncompelled or motivated to search for his own Miss Right? It sounds like Mr. Right can choose his own adventure but that Miss is doomed to have to “Find Mr. Right” in her culturally obligated permanent “to do” list.

As an expression, “Finding Mr. Right” flies in the face of what science has found out about what love is between couples. It also flies against what we know about the human experience about our own relationships. It is not a woman’s birthright (or burden) to find Mr. Right. If that were so, that assumes all men are lazy when all women know that men are never lazy at the initial stages of love. Men generally kinda bulk up their share of laziness later on in the partnership – the reverse of a front-loaded loan.

We all know that the initial stages of love – from attraction to the obsessive phase with their show of fireworks, are internally powered by an entourage of your own hormones – dopamine, cortisol, and serotonin.

Dopamine will make you feel that every spot on your beloved’s body and everything he or she does makes not just your heart but the spacetime around her, flutter. That feeling is addicting and you can get obsessed with that and you will even feel that that obsession is what makes you open your eyes to a fresh new experience with your beloved. Dopamine does not really disappear in later stages of your relationship BUT it will, for the most part, be replaced by a hormone called “oxytocin” – which bathes you in a feeling of warm attachment, trust and contentment when with your beloved. The road from dopamine to oxytocin is not plotted in any map. You and your beloved create it as you love each other and not all couples are able to create that map.

“Cortisol” is that hormone that is secreted when you are stressed. Being in love is stressful. No doubt about it. Except that under the spell of “love,” you are a very enthusiastic volunteer rather than an unsuspecting victim. Having cortisol also always puts you on your toes – making you extra sensitive about what happens to your beloved and anything that seems to tilt your relationship to points you do not want to go or are just unfamiliar with. Cortisol will be a permanent feature of any love relationship at any stage as causes of stress will naturally multiply in life. The trick is to makes sure that your beloved does not become the root cause of your life’s stress.

“Serotonin” plays a role in initial love by keeping low, like a lowered fence to entertain your own obsession and your beloved’s. This is probably why you were then less critical of doing crazy stuff for love or enjoying what the winds of love from your beloved could throw at you, including curved balls. This is why when you look back at the early years of your relationship, you seemed a lot more tolerant of your beloved’s behavior. When the relationship stabilizes in the later part, serotonin is up with your fences now calibrated and no longer obsessive.

“Love” is multibladed as much as it is many-splendored and through time, all those lights and blades will dim and get rusty at some parts and in turns. Love is having each other to find ways to recharge each other’s lights and repair some broken and life-worn parts.

“Love” is a journey involving plans and accidents, choices and givens, births and deaths, sacrifices and pleasures, and moving targets. Most of all, it definitely revolves around BOTH partners finding each other, in short and long physical and emotional distances, throughout their lifetimes.

So finding Mr. Right is a pointless plan.  He is no prize. But he can be a wonderful partner to unlocking life’s prizes, including the annual hormonal showers that Valentine’s Day brings for everyone. – Rappler.com