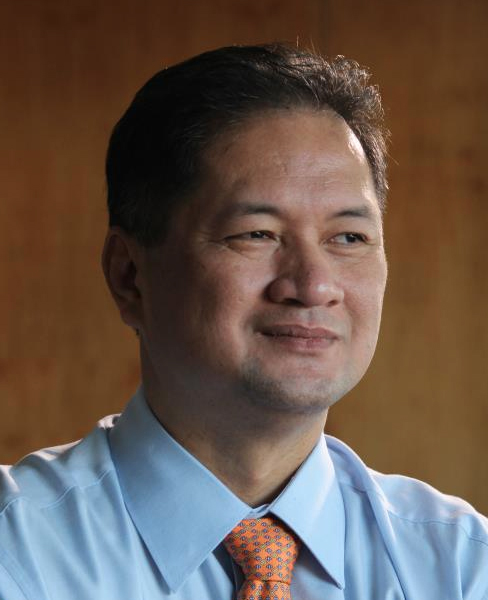 Charlie Chaplin once remarked, “Life is a tragedy when seen in close-up, but a comedy in long-shot.” Our love for Dolphy extends beyond being our escape from the dark periods of our history, perhaps because we see in him what it means to be Filipino: his kindness, humility, in the love he has extended to others. I need not repeat the testimonials offered by his beloved family, his admiring co-workers, or a nation he has entertained all his adult life. But I will say how his roles and his conduct made him a shining example for his fellow countrymen.

We have cherished him as a father figure ever since John en Marsha and Home Along—sometimes endearingly awkwardly, as sitcoms naturally go, but nonetheless we see the love in every father Dolphy’s played, related to it, and cherished him for it.

And the real-life Dolphy was equally a loving father to all his 17 children—though he would admit that it wasn’t a perfect love, but still a love that would undoubtedly see him through the trials of show business, of relationships, perhaps even of an entire country which, in its darkest hours, needed that love. His long-time partner Zsa Zsa Padilla greatly testifies to this devotion, and also how his love for her lifts her up as much as it endears all who have known him (and we can probably say that his past romantic partners, from Alma Moreno and before, also agree—Alma, for example, thankful for the father’s love given to their son Vandolph).

Being notable for playing gay characters since Jack en Jill in the 1950’s, Dolphy also had the opportunity to demonstrate our need for compassion and humanity. Far from making these characters into objects of scathing ridicule, his performances humanized them, introduced them to the Filipino audience as people worthy of both our laughter and tears, most of all our respect.

Fittingly, this would come full circle in the dramatic biographic movie he made with his sons Eric and Jeffry Quizon, "Markova: Comfort Gay," about the titular Markova, who’d been used as a sex slave by WWII Japanese occupation forces.

In our age when politics seems to drive deep wedges in society, and inspire much bitterness—as the now-past Corona impeachment has revealed—it’s important to remember what unites us, that our opponents are as equally human, equally deserving of respect, even in disagreement.

In laying to rest a great man who has seen so much history, many of us—especially among the older generation—can’t help but feel nostalgic for the past he represents. He’s the prototypical rags-to-riches story, the hard worker who’d earned his way to the industry’s heights. He’s of the pre-Martial Law age that, in retrospect, seems idyllic, simpler, happier compared to today’s fast-paced, complicated life, with its political intrigues, economic challenges, and social ills.

The truth is that even the past has its own shares of ills and intrigue, yet Dolphy—whether as John or Kevin Kósme, as Falayfay or Markova, as all his roles and as himself—soldiered through these, right up to the last breath. And that’s what we cheered at every movie and TV show: this quiet, unassuming (flamboyant if the role called for it), humble, loving and loveable man triumphing over negativity.

The truth is that Rodolfo Vera Quizon didn’t need to be perfect; he didn’t need to wage wars against occupiers or the corrupt; or to enrich his country’s coffers or radically transform society, in order to become Dolphy. He just had to make his countrymen smile and believe in the best.

Take a last bow, Mang Dolphy. For us, your people, for helping us to be happy. For a wonderful life worth living, and remembering. - Rappler.com