The rape of Jessica Soho 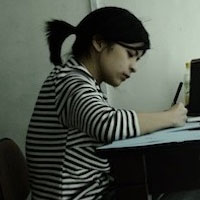 His celebrity is such that his opinions on a wide variety of issues make newspaper headlines and run as sound bites in the evening news. Senatorial candidates express their gratitude over his endorsements. He says elected candidates should have more legislative experience. His support for family planning was lauded as a brave, progressive move among the purple-clad crowd. He does not refuse interviews, he answers all questions, saying he supports sex change operations and believes sexuality should be irrelevant in the military. He is sharp, witty, irreverent, and straddles both politics and entertainment.

“We need to see people according to their capacities,” he said in an interview in 2011 after the premiere of his film Praybeyt Benjamin. “We will understand people more if we look beyond their appearance.”

“I’m enjoying what I am now, and at the same time aware of my responsibility.”

Jessica Soho is a journalist. She rose in the ranks at a time when it was difficult to be a woman, especially when that woman is not typical of the rest of the camera-ready long-legged darlings of prime time. She covered war, flood, and political intrigue. She fielded hundreds of reporters and made decisions that changed the face of Philippine media. In the last 30 years she proved herself, again and again, providing women across the country with the possibility that a woman can fight and win.

In the span of two minutes and 31 seconds, a comedian named Vice Ganda decided that all this was not enough, that it was funny, oh so funny, to bring down this public figure to a crass cartoon of all that makes it terrible to be a woman — helpless, hapless, judged for her weight instead of her mind.

And so this man reduced this woman to the unforgettable picture of a fat snorting pig on a shiny platter, all skin and blubber and grease, naked legs akimbo, demanding to be fucked and taken for as long as she had an apple in her mouth.

This is what rape is. It is the use of power over a helpless individual, often a woman, who is violated in the closest and most personal of ways.

In the last few years, the definition has changed. It includes shards of wood shoved up vaginas, as a number of gentlemen did with activist Sherlyn Cadapan when she was abducted by the men of the still-at-large Jovito Palparan. It also includes, although the Supreme Court may disagree, the sexual abuse of a young woman named Nicole in the back of a van behind Neptune Club in Subic, although we are told it is her fault because she was drunk and flirtatious. It includes, for example, the rape by 6 men, mostly teenagers, of a 20-year-old girl on the way home from watching fireworks at one in the morning of January 2012.  That was gang rape, and her father wants them all buried behind bars.

In the imagined world created by Vice Ganda, Jessica Soho too was gang raped, only this woman is so desperate that she welcomes the assault.

It was a joke, he said. Just a joke. He apologized, he said sorry because “he may have offended Ms Jessica Soho.”

He does not understand why so many made this an issue – it was, after all, just for laughs. He forgets that he held the megaphone and stood on the platform, that it was his choice and his pre-produced, pre-rehearsed script that put Jessica Soho on a weighing scale and seared that image into the national imagination. This angry woman is fat, boys and girls, so fat she will break a scale, so fat her panties are the size of comforters, so fat she can be mistaken for a roast pig. Ding goes the bell, there go the laughs.

This is not just about a rape joke, or about a crass joke, or about Jessica Soho. This is about how this man looks at women, and what he finds funny — so funny that he can barely deliver his lines — and it is a judgment on him as well. He chose to do this, as many men and women have chosen and still choose to do, all the more potent because it was an intelligent, progressive, much adored comedian with followers in the millions who chose to do it, in public, before thousands.

This is correct, he means, this is okay. Laugh, because I am laughing with you.

“Let us stop this,” he said in the monologue he gave as apology over noontime show Showtime. “Let us stop giving opinions especially if you don’t know what happened and if you never watched it, because the world will be more chaotic.”

It is an odd apology, filled with perhapses. Perhaps people were offended. Perhaps they were angry. He promises never to speak of Jessica Soho again, as if the issue were Jessica Soho, and not this brutal attack on the female image. Had it not been Jessica Soho, it would have been the same, only less powerful, less public, less the fall from grace.

You don't get the joke, say his supporters. It’s his right, it’s funny and brilliant and exactly what comedy allows.

This is not about censorship. It is about freedom. Vice Ganda can say what he wants to say, offend whomever he chooses to offend, and if he is excoriated for it, if he is attacked and questioned and called a bully and a bitch, that’s freedom too.

The emperor is naked, and it’s not Jessica Soho. – Rappler.com