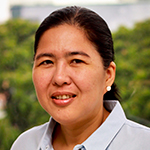 "Vigilantism" or "vigilante justice" seems to be the new specter that is haunting political systems and societies all over the world. Instead of courts deciding who is culpable and who is innocent or who gets jailed and who is freed, we now have strongmen-presidents like President Rodrigo Duterte blatantly disregarding the rule of law in the name of public safety and social justice.

We also see aggrieved citizens such as the women of the movements #MeToo, #Everywoman, #BabaeAko, or #Time’s up exposing personal experiences of sexual violence on social media instead of immediately seeking redress through judicial processes. Vigilante justice has been labeled by the Duterte government as necessary in the “war against drugs”, and the recent movements, according to some millennials, should be called “Twitter justice”.

Very recently, no less than the President has suggested that prosecutors, barangay officials and priests (yes, you read that right: priests) should be armed. I cannot think of a better term than “state-sanctioned vigilantism” to name this phenomenon of government exhorting civilians and public sector employees to take up arms in the performance of their public duties.

That vigilantism seems to be the “new normal” bothers me no end. What makes me anxious even more is the fact that the abovementioned expressions of vigilantism are highly polarizing. There never seems to be consensus on whether or not vigilantism is justifiable or desirable. The phenomenon stirs varied, opposing reactions, even within me: I am outraged at the extrajudicial killings happening under President Duterte’s political direction, but I am not at all appalled by the phenomenon of more and more women speaking out against gender-based violence.

Truth to tell, it has, in fact, crossed my mind that the only necessary and justifiable armed movement is that of a women’s armed movement – given the rape and sexual abuse and humiliation that women have suffered all throughout history.

On top of his "talk" (just "hyperbole", he claims), his behavior also signals his real regard for women: he buried as a hero the dictator that his own mother fought to overthrow; he laughed off his own daughter’s claim of rape as "drama", he brought to jail a woman senator, helped oust a Supreme Court chief justice, deported a 71-year-female nun because they all criticized him, and, he publicly flirted with no less than the Philippine Vice President. I don’t think it is mere coincidence that Duterte’s fiercest political opponents – those he loathes and those who loathe him – are mostly (or almost always) women.

The aim of this thinkpiece is not to insist on a consensus about vigilantism, rather, to argue for continued public debate, no matter how polarizing: is it ever justifiable for people to take things into their own hands instead of settling disputes through agreed-upon laws and political institutions? Is vigilantism a crime or does it represent an alternative way of seeking justice?

Popular notions of vigilante justice often look to Robin Hood as the archetypal “vigilante” – an outlaw considered a hero by the common folk that he helps. In academic literature, however, the notion is not that simple nor that singular. There are varied conceptualizations of vigilantism and from this variety, one can glean the many facets of the debate presented above: is vigilantism legal, illegal or extralegal? Is it legitimate or illegitimate? Who is the vigilante? Always private citizens or can state agents be vigilantes as well? Should vigilantism be supported or prevented or eliminated?

One concept is that of “establishment vigilantism”. Writing in the 1970s, political scientists H. Jon Rosenbaum and Peter C. Sedeberg described vigilantism as a kind of political violence that is "illegitimate coercion" often committed by private citizens in defense of the "establishment" or the status quo.

Rosenbaum and Sedeberg cite the following as examples of “vigilantes”:

Rosenbaum and Sedeberg argue that while these groups were varied, they all “possessed a vested interest in the preservation of the current distribution of values” and thus “composed an establishment, though not necessarily an elite”.

Les Johnston, a professor of Criminology in University of Teesside in the United Kingdom,  meanwhile, says that existing notions of vigilantism are either “sensationalist” (in one article,  Johnston examines how media in the UK sensationalizes crimes as "vigilantism") or too “academic” (i.e.,  Johnston argues that Rosenbaum's and Sedeberg’s concept does not capture the reality that not all vigilante activity is in defense of, or has the support of, the state.)

The "criminological perspective" of vigilantism, according to Johnston, points to “six necessary features:

For Johnston, therefore, vigilantism is the "informal regulation" not just of "crime" but also of "morals".

Other authors who are highly instructive in this subject matter are sociologists David Kowaleski and Araceli Suzara who have written extensively on vigilantism in the Philippines in relation to cults,  counterinsurgency, religion, etc.

Surveying existing literature on vigilantism is not only an academic endeavor, it is also a practical one. The point is not to simply know ideas (and more importantly, not to brag about knowing ideas),  rather, to actually use and reflect on these ideas in daily life.

By looking at the various definitions, for example, we should be able to appreciate the complexity of both the concept and the phenomenon of vigilantism. This kind of appreciation should then lead us to not use concepts lightly because wittingly or unwittingly, simplistic usage could lead to a distortion of certain realities.

Moreover, instead of being fixated on labels, we need to focus on questions that are useful in understanding – and challenging – our realities. Here, I present some questions that have nagged me after reading the literature on vigilantism and reflecting on instances of "vigilantism" in our own country:

As mentioned above, according to Les Johnston, vigilantism always involves private citizens and can, in fact, be associated with "autonomous citizenship". This kind of framing makes me understand my own refusal to accept trigger-happy police officers – especially off-duty, trigger-happy police officers – as "vigilantes" protecting the people. It makes me understand why I refuse to view these police officers as "the good cops" – because, in fact, there is a lot of evidence of children and innocents becoming casualties in the war against drugs.

I think part of the problem is when people call the drug war-related killings as "vigilante-style killings" instead of describing them as "unexplained murders" or in some cases, as "police brutality" or "abuse of authority". Labelling them as "vigilante-style" has the subliminal effect of popularizing the redemptive value of the war on drugs (which the government has been insisting on). The rhetoric of most government officials as well as the language of some journalists and social media "influencers" (from all sides of the political spectrum) contribute to the strengthening of the public image of the killings as manifestations of justice instead of crimes.

2) Twitter justice: why do victims of sexual violence not go to courts in the first place?

Vigilantism, according to the abovementioned literature, suggests that "vigilantes" act because of deep-seated discontent with existing formal mechanisms and structures. The drug-war-related killings, for example, are justified (by government) as necessary because the justice system is inefficient, the prisons are full and the executors of justice are corrupt.

In the case of victims of sexual violence, however, we need to reexamine why: why are women tweeting instead of filing cases? Don’t we already have anti-sexual harassment/violence laws in place? Don’t women have legal recourse?

The answer is perhaps a simultaneous yes and no. Yes, women have the legal recourse (thanks to the women’s movements that have worked hard for the laws) and no – our societal environment is such that women who are victims of sexual violence still find it difficult to opt for the legal route.   There is still that stigma "of not being clear about saying no".

There is still that environment where women’s “consent” is determined by society rather than by women themselves. Of late, this kind of environment was again highlighted by that “presidential kiss”. That particular situation begs the question: who ascertains the "consent" of women?

In one recent "Twitter justice episode",  I was again reminded of this question when I examined the publicized screenshots of text messages between the accused harasser and the women-alleged victims. In many of these exchanges, there was a response that was particularly disturbing: “Ha-ha-ha”. The women ended up simply saying “ha-ha-ha” to sexual advances. Does ha-ha-ha mean yes or no?

In my opinion, that ha-ha-ha meant no because they were actually conversation-enders, i.e. the women stopped the conversations after that. But that is just my opinion. Imagine if these women went to court: how would the court appreciate their “ha-ha-ha”? Again, the question arises: who ascertains the "consent" of women? Why is it always society ascertaining this consent – and not the women themselves?

To answer those questions, we shouldn’t just examine Duterte but also our families, our Churches,  our schools and universities, our political dynasties and social movements – all those institutions that have contributed to the situation where women can’t even determine for themselves what their preferences are, because even those are dictated by society.

3) Is violence the way to peace?

According to literature, vigilantism is always violent. This feature automatically cancels out the women’s movements mentioned above as "vigilantes". Perhaps, the better term for them is "gender equality advocates", not vigilantes.

The notion of vigilantism as "always violent" should prod us to question: can justice be achieved only through violent means? Is violence really the way to peace? Are "informal regulations" the way to go? Is it right for government to promote these informal, violent regulations and thereby render formal political institutions as inutile?

The questions raised above are admittedly big questions that cannot be answered in one sitting or by one person. But I think they are important especially in relation to our concepts of active citizenship and our vision of that peaceful society.

So, should vigilantism be viewed as a crime or as justice? I say we should be asking instead: how can we be autonomous, active citizens instead of vigilantes? How can we claim rights, equalize opportunities and achieve justice in the most non-violent way possible? We all want peace, anyway, don’t we? – Rappler.com