[OPINION] What Duterte has achieved in 3 years 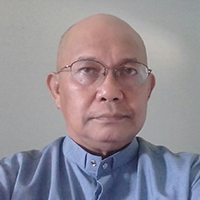 What has Duterte really achieved? The most significant is that he has been able to centralize and consolidate power. He controls Congress – both the Senate and House of Representatives. He controls the Supreme Court – even ousting then-chief justice Maria Lourdes Sereno. He was able to imprison his foremost critic, Senator Leila de Lima, on trumped-up charges. Besides having control of the Philippine National Police, he also has won over the loyalty of the Armed Forces of the Philippines.

He has indeed achieved political hegemony reminiscent of the era of dictator Ferdinand Marcos without declaring martial law all over the country – except Mindanao, which is under perpetual martial law (thanks to the acquiescence of Congress and the Supreme Court). He was even able to muzzle the press and media people critical of him. He can practically do anything he likes – even if it is against the Constitution, which he regards as just toilet paper.

He has indeed achieved much more. After he promised to end the drug problem in 3 to 6 months, his war on drugs was able to inflict heavy casualties on the enemy – over 6,000 killed in police operations and over 27,000 deaths under investigation (those carried out by the death squads). Most of these were users and small-time pushers.

Yet, in spite the extrajudicial killings, tons of drugs from China continue to flood the country through the Bureau of Customs with the alleged involvement of the Davao Group and the President's Chinese advisers. Thus, the war on drugs continues. Meanwhile the drug lords continue to operate with impunity. The targets of the death squads do not include them, although human rights activists, lawyers, and priests have been added to the hit list. Duterte is the first Filipino president to be subject of possible investigation by the International Criminal Court for crimes against humanity. This is indeed an achievement.

After he promised to end corruption, his administration has released those imprisoned for corruption – they are now back in Congress, becoming his reliable allies and supporters. Of course, the budget of his office as well as his intelligence fund has ballooned. He has openly encouraged officials – supposedly jokingly – to harm state auditors. The Office of the Ombudsman is led by his appointee. The deputy Ombudsman, who investigated him for unexplained wealth, has been dismissed.

He was able to defeat the Maute group after so many months by destroying Marawi and declaring martial law all over Mindanao. Until now, after two years, Marawi has not been rehabilitated and reconstructed despite the billions of international aid. Many residents have not been able to go home.

The peace negotiations with the CPP/NDF have been terminated and the armed hostilities resumed. Before the election he identified himself as a leftist and had promised a revolutionary coalition government with them, thereby gaining their support in getting elected. After giving them Cabinet posts, he eventually got rid of them and ended the alliance, thereby gaining the full support and loyalty of the military.

He promised an independent foreign policy, free from US control, and ended up becoming subservient to China, allowing it to have control of West Philippine Sea and turn our islands into military bases. The build-build-build projects favored Chinese companies and provided employment to Chinese workers and businessmen who are flooding the country.

Meanwhile, majority of Filipinos remain poor and unemployed. Despite his promise to address poverty, his administration has no clear and coherent strategy to alleviate poverty.

The change – pagbabago – that he promised remains illusory. This is what Duterte has achieved. Yet he continues to be popular. This is indeed awesome. Either he has successfully fooled the people or majority of the Filipinos are simply ignorant and blind. Either way, this is awful. The best is still to come? The worst is still to come. Indeed, the Beast has already come. – Rappler.com