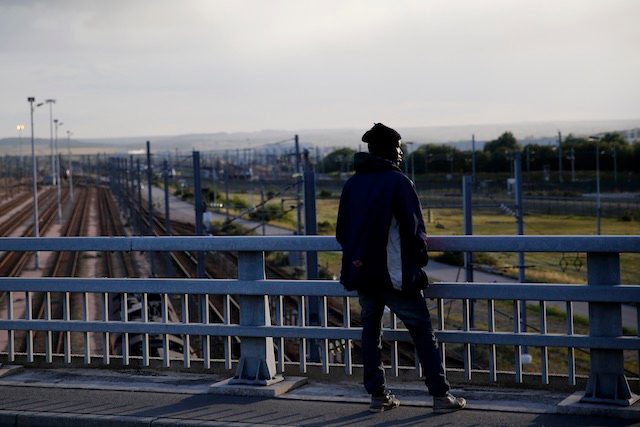 Landlords in England who do not remove people with no right to remain in Britain, or do not check their immigration status before renting them a property, could be jailed for up to 5 years.

The move, announced by Communities Secretary Greg Clark, is set to be included in a new Immigration Bill that parliament will debate in the coming months.

In addition, 100 more guards are to be placed on duty at the terminal in Calais, while UK Border Force officials are to begin working inside the control room of the cross-channel Eurotunnel from Monday.

“I think we have got a grip on the crisis. We saw a peak last week, since when the number of illegal migrants has tailed off,” said Foreign Secretary Philip Hammond after a meeting of the government’s emergency COBRA committee.

“We have taken a number of measures in collaboration with the French authorities and Eurotunnel which are already having an effect and over the next day or two I would expect to have an even greater effect.”

Immigration is one of the most sensitive issues in British politics and Prime Minister David Cameron’s centre-right government has been battling to bring the numbers down for years.

Images of migrants trying illegally to cross the Channel Tunnel from France to Britain have fueled calls from political opponents for ministers to do more and Cameron has warned that the situation could last all summer.

In a joint editorial for this week’s Sunday Telegraph, the French and British interior ministers warned that “our streets are not paved with gold” as Cameron’s government seeks to dispel any perception that migrants have a soft landing in Britain.

Migrants in Calais made around 1,700 attempts overnight Sunday, August 2, to cross, according to French police sources, a major increase on the past few nights when there was only a few hundred.

Cameron’s government has previously announced that the new Immigration Bill will also include giving police the power to seize wages earned by illegal immigrants. – Rappler.com