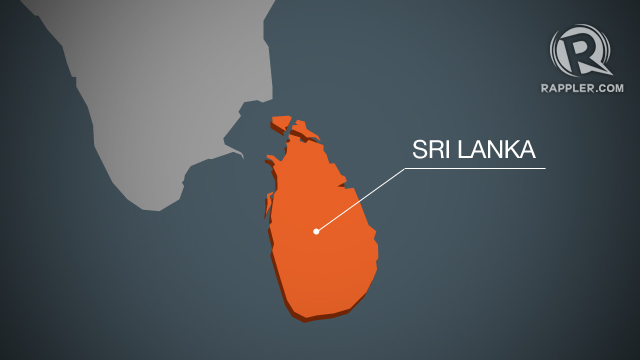 COLOMBO, Sri Lanka – Sri Lanka Tuesday, August 4, pledged to act on a UN war crimes report to be published next month, marking a de facto acceptance of an investigation rejected by the previous regime.

Prime Minister Ranil Wickremesinghe said Colombo would address the issues likely to be raised in the report during next month’s United Nations Human Rights Council meeting in Geneva.

“We (have) got to address the issues that arise from the UN Human Rights report in Geneva,” Wickremesinghe told a local private sector economic forum in the capital.

“It is useless blaming the (Tamil) diaspora,” he said, referring to the previous regime’s allegation that Tamils abroad had orchestrated the UN war crimes investigation against Sri Lanka.

The country’s 37-year guerrilla war ended in 2009, with Sri Lanka’s minority Tamils defeated by the government in a military campaign that left thousands of combatants and civilians killed and wounded.

Many Tamils, including moderate groups, have pressed for an international investigation into allegations that up to 40,000 ethnic Tamils were killed by government forces in the final months of the conflict.

In June last year, the UN High Commissioner for Human Rights appointed a 3-member panel to investigate violations of international humanitarian law by both sides.

The then-government in Colombo refused to cooperate with the panel.

But the new government – which came to power after Maithripala Sirisena defeated strongman president Mahinda Rajapakse in January presidential elections – has taken a more conciliatory stance with the UN.

Many Western diplomats expect the impending UN report to identify scores of individuals of the former regime accused of grave rights abuses.

Sri Lanka will elect a new parliament on August 17, before the UN report is published, with Wickremesinghe seeking re-election on a pledge of ethnic reconciliation and economic growth.

The government is also expected to launch its own war crimes investigation in mid-September after months of delays.

Wickremesinghe said the country needed to move ahead after healing the wounds of war.

“People want to know if our judiciary is working. And that is a valid question which we ourselves asked at the last presidential election (in January) and the people’s resounding answer was ‘no’.”

But he added that his government was rebuilding independent institutions.

“We are setting up a permanent office on disappeared persons,” he said, addressing a long standing issue of tens of thousands of people who went missing during the war and even thereafter.

“We will put together a judicial mechanism. That will be a domestic process,” he said, without giving further details. – Rappler.com