Facebook Twitter Copy URL
Copied
Meritocracy, a strong anti-corruption policy, and long-term vision are just some of the lessons in governance and leadership Singapore offers to the rest of the world

SINGAPORE – “Country envy” is how some Filipinos describe the feeling of coming to this neighboring city-state. From the modern architectural marvels, the touchscreen MRT ticketing machines to the 118.8 Mbps average broadband speed, one question always pops up: Can the Philippines do this?

“This is absolutely not unique to Singapore. If there’s one country that will definitely succeed with meritocracy, pragmatism and honesty, that’s the Philippines. I say this because Filipinos are among the most talented people in the world today,” Mahbubani told Rappler.

Dubbed the most famous Singaporean abroad after Lee, Mahbubani now leads the institution built to give away the secrets of Singapore’s success. The dean of the Lee Kuan Yew School of Public Policy and his colleagues said leaders in the Philippines and developing nations can take Singapore’s best practices, particularly from the old days of its late founding father.

Now synonymous with efficiency, Singapore has a so-called machine model of governance that unapologetically prioritizes economic growth over civil and political liberties. Yet even its toughest critics admit that delivering basic services, infrastructure and engineering is effective governance.

Here are 5 lessons on leadership and governance that Asia’s sick man-turned-rising tiger can adopt from the vaunted miracle Singapore celebrates on its golden jubilee. 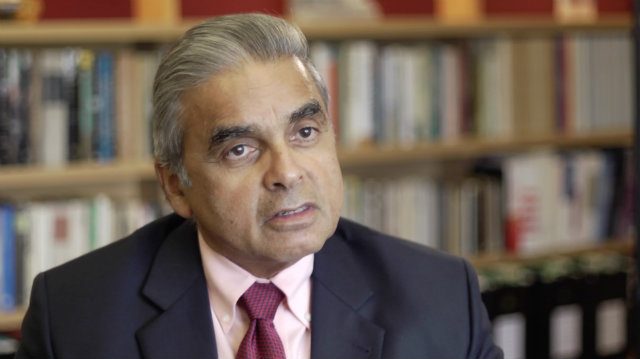 1. Meritocracy: The best should get the chance to lead

One of the best case studies of Singapore’s principle of meritocracy is Mahbubani himself.

Born to Hindu Sindhis, the dean calls himself “a minority within a minority” in a country composed of 75% Chinese, 15% Malays, and 6 to 8% Indians. What brought him from a feeding program to the UN Security Council was not family or ethnic connections but Singapore’s meritocratic system.

The technocratic Singaporean government gives scholarships for outstanding students to study in prestigious universities abroad. In exchange, they serve out bonds in the civil service. To keep them there, Lee imposed a controversial policy that pegged the salaries of ministers and senior civil servants to the top of the corporate world.

As a result, Singapore’s brightest minds end up with the government instead of the private sector.

A government scholar who studied in Singapore and Canada, Mahbubani said meritocracy is a question of policy.

“That’s what meritocracy is about. We just assume everyone should be given the chance to prove they are good, and if you give them the chance, you will have tremendous reservoirs of brain power in the Philippines you can exploit,” he said. 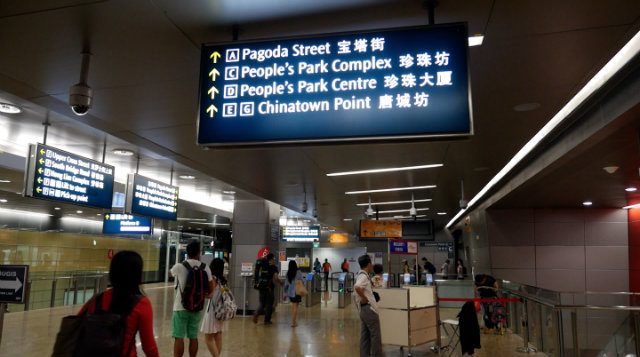 2. Honesty: Crack down on corruption

Giving public servants competitive pay helped minimize corruption in Singapore. The small nation consistently ranks as among the least corrupt countries due to a tough legal code and heavy fines.

Lee is credited for setting a “zero tolerance” approach to corruption even before the term gained currency. This top-level commitment carried on, with the independent and effective Corrupt Practices Investigation Bureau (CPIB) directly under the prime minister’s office.

Economist Donald Low, associate dean at the Lee Kuan Yew School, said the ability to mobilize resources for public services is a central lesson from Singapore.

“Many governments fail at that basic task,” Low told Rappler. “They are unable to raise enough taxes to fund public services. The state isn’t autonomous. Bureaucrats are chosen on the basis of friendships. There’s corruption. Cronies are favored.”

Singapore has lower taxes than the Philippines, at 20% for the highest income bracket compared to Manila’s 32%. (READ: Is the Filipino middle-class overtaxed?)

Commenting on the difference in taxes and services between Singapore and the Philippines, a Singaporean political observer joked, “I think you need to hang a few people!”

Yet fighting corruption is not just a matter of penalties and policies. A major geopolitical figure, Lee famously commented on the Philippines’ “soft and forgiving culture.”

“Only in the Philippines could a leader like Ferdinand Marcos, who pillaged his country for over 20 years, still be considered for a national burial. Insignificant amounts of the loot have been recovered, yet his wife and children were allowed to return and engage in politics.” Singapore’s reputation as a “Fine City” is imprinted in souvenir shirts and magnets. As the Western media often points out, chewing gum is banned in the island, vandalism is punishable by caning, and there are fines for spitting, littering and even feeding the monkeys.

While some rules are draconian and others a caricature, the strict implementation of laws helped foster a culture of discipline that even Filipinos working in Singapore appreciate.

General manager Cristy Vicentina of Philippine National Bank’s Singapore branch said, “Filipinos, we have so much discipline. It’s just that sometimes when we’re back home, we forget to exercise that.”

Publisher Luz Campos Mesenas, a Filipina who moved to Singapore 15 years ago, advised Filipinos to read up on the Lion City’s rules before coming over.

Ironically, she said: “You have to be a law-abiding citizen here.” From being a modern city, a Garden City, and now a Smart Nation, Singapore’s leaders pushed the country forward through vision and long-term planning.

Even succession is done way in advance. Lee’s handover of power to former Prime Minister Goh Chok Tong in 1990 was a decade-long process. Singapore’s first prime minister, Lee gave up the job voluntarily and unprovoked, but stayed on as an influential senior minister and minister mentor.

“We were able to build very quickly relatively autonomous public institutions like the public housing board – the Housing Development Board – that was able to house 80% of citizens in a matter of 20 to 30 years.”

Low said that the lesson, especially for emerging and developing countries, is to balance democracy with “a strong, competent, meritocratic state.”

“I think a lot of the literature on development has been focused so much on checks and balances, accountability, ensuring the government doesn’t abuse its power. All that is important but I think the first order of business for government is to become a modern, effective state,” he said. On Singapore’s 50th year, it has gone beyond the third-world to first-world cliché. The old principles and economic model are increasingly seen to be outdated, and public policy experts warn against elitism and inequality as a consequence.

This is where they say Singapore can also learn a lesson from its past: bold leadership.

“One good lesson is no matter how successful one has been through the years, the willingness and ability to keep surveying their circumstances, and keep learning from other people must still be there. There might still be better ways to do things,” he said.

“Country envy” then does not have to be depressing. After all, the diplomat-academic in Mahbubani said it did Singapore well to learn from the world.

“No society in human history has been as successful in improving its living standards so quickly and so comprehensively. As a result of that, Singapore has learned all the best practices from the rest of the world. Singapore is in some ways one of the best copycat countries.”

This week, Rappler puts the spotlight on Singapore as the city-state celebrates its 50th anniversary on August 9. We take a look at the forces that shaped it, and what lies ahead. Here are stories part of the series: