Aug 6, 2015 5:40 PM PHT
Agence France-Presse
Facebook Twitter Copy URL
Copied
US Secretary of State John Kerry says the US 'will not accept restrictions on freedom of navigation and overflight, or other lawful uses of the sea' 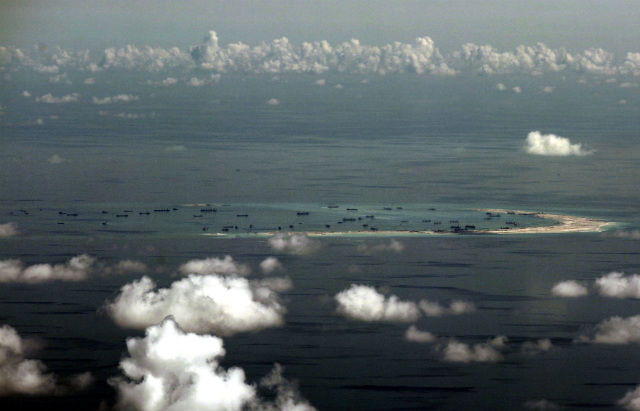 KUALA LUMPUR, Malaysia – Washington will not tolerate any navigation restrictions in the South China Sea, US Secretary of State John Kerry said Thursday, August 6, at a regional security meeting dominated by tensions over Beijing’s island building.

“Let me be clear: The United States will not accept restrictions on freedom of navigation and overflight, or other lawful uses of the sea. These are intrinsic rights that we all share,” he said according to a transcript of his remarks.

Kerry made his comments at a security meeting hosted by the Association of Southeast Asian Nations (ASEAN) in Kuala Lumpur.

China has sparked alarm by expanding tiny reefs and constructing military posts, steps viewed by some of its neighbours as violating a regional pledge against provocative actions in the area.

The long simmering dispute has flared at the Malaysia meet, attended by members of the 10-nation regional grouping as well as more than a dozen others including China, Japan, South Korea and the US.

The US and Southeast Asian nations have called for Beijing to halt both reclamation in the South China Sea and construction on reefs, something Beijing has staunchly resisted.

“I have urged all claimants to make a joint commitment to halt further land reclamation and construction of new facilities or militarization on disputed features,” Kerry told delegates, arguing such a step would “lower tensions.” – Rappler.com