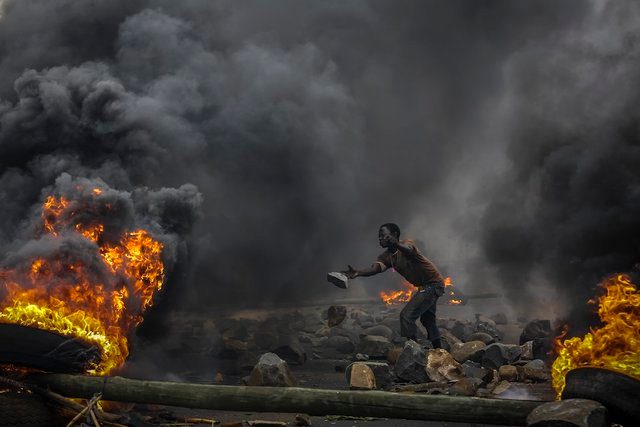 Facebook Twitter Copy URL
Copied
'The violent aggression against our correspondent, recognized and respected by the entire profession on the African continent, cannot go unpunished'

PARIS, France – Agence France-Presse (AFP) and Radio France International (RFI) on Wednesday, August 12, condemned the “total lack” of reaction by Burundi after their correspondent Esdras Ndikumana was detained and tortured by security forces.

RFI director Cecile Megie said the broadcaster was not satisfied with the “lack of reaction” from Burundi.

“We demand that those responsible for the abuse and torture suffered by Esdras Ndikumana are prosecuted and punished,” Megie said.

Ndikumana, 54, was taking pictures at the scene of the assassination of a top general in the capital Bujumbura on August 2, when he was arrested by members of the National Intelligence Service (SNR).

He was held for around two hours, during which he was subjected to severe beatings on his back, legs and the soles of his feet.

AFP and RFI sent a protest letter to Burundi’s government, but have received no reply, other than a text message acknowledging receipt of the letter.

AFP chairman Emmanuel Hoog has condemned the attack as “outrageous”.

Civil unrest erupted in Burundi began in April, when President Pierre Nkurunziza launched his now successful bid for a third term in power.

The political crisis has seen many independent media outlets shut down and many journalists have fled the country or have gone into hiding because of threats and attacks.

Ndikumana is being treated abroad for injuries including a broken finger, a torn eardrum, and pain in the legs and back. – Rappler.com