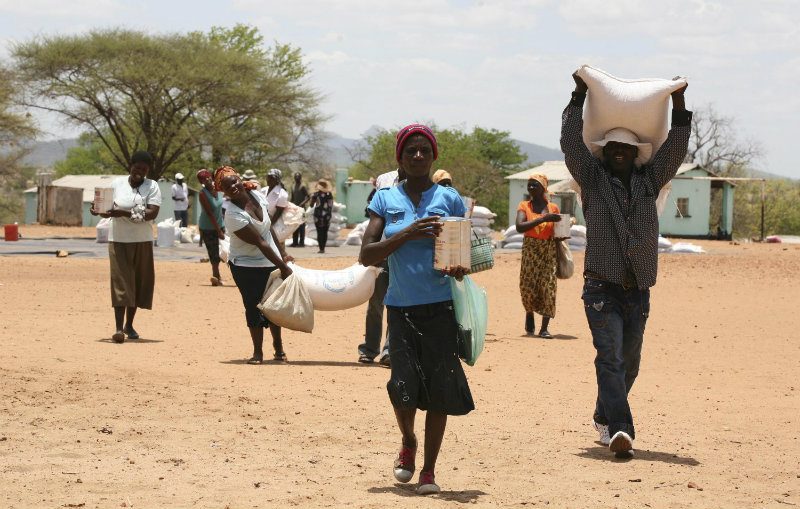 JOHANNESBURG, South Africa – Leaders of 15 southern African countries will gather for an annual summit on Monday, August 17, as the region grapples with serious food shortages that have left a record number of people needing aid.

A toxic mix of erratic rains, abnormally high temperatures and floods have wreaked havoc on farming, writing off the bulk of this year’s crop.

An estimated 27.4 million people out of the region’s combined population of 292 million – or nearly one in 10 people – will be depending on food handouts by the end of the year.

Yields of the staple corn have shrunk by up to 90 percent in some countries of the 15-nation Southern African Development Community (SADC), a June report by the group said.

“Given the hazards faced, the number of food insecure people … increased by 13 percent (to) 27.4 million this year compared to 24.3 million for last year,” said the report.

But the leaders meeting in Botswana from Monday are not expected to launch a joint regional appeal for help.

“Instead, individual countries will do so,” said Margaret Nyirenda, director of SADC’s Food, Agriculture and Natural Resources Division.

Malawi, Zimbabwe, Namibia and Botswana are among the worst-hit.

Worst in a decade

Zimbabwe, with a shortfall of 49 percent, will need to import 700,000 tonnes of the staple corn to feed 1.5 million people.

The country’s Vice President Emmerson Mnangagwa has already appealed for cash from “development agencies and the private sector” to ensure that the vulnerable are not “exposed to hunger and starvation”.

Traditionally the third largest producer of maize in the region, this year it is being forced to import from neighbour Zambia.

According to official estimates, up to 2.8 million Malawians will need food relief from year end when the food shortages peak.

A sharp decline in rainfall combined with a heatwave across Botswana, meanwhile, have caused a dramatic 70 percent drop in land under cultivation – and 90 percent of the crop parched.

The diamond-rich country has allocated $44 million in emergency funds to tackle what the government is calling its worst drought in 30 years.

And with regional breadbasket South Africa recording a 31 percent decline in output this year, fears are high of a ripple effect across importers Swaziland, Botswana and Lesotho.

The current maize harvest in South Africa is “the lowest yield since 2007,” the country’s agriculture department told AFP, adding that the country will have to import around 600,000 tonnes of maize to cover the deficit and meet its contractual export obligations.

The prolonged dry spells in parts of the region have also reduced grazing land and feed for livestock, and are likely to push up the prices of red meat, milk, chickens and eggs. – Susan Njanji, Agence France-Presse/Rappler.com