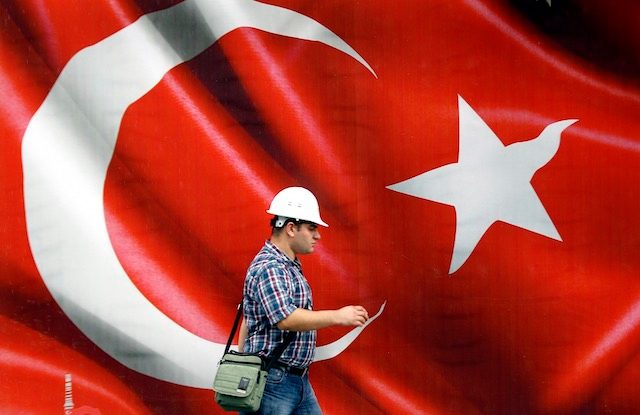 A presidential statement released after a meeting between Erdogan and parliament speaker Ismet Yilmaz gave no date for the elections but the president had previously said he expected the polls to be held on November 1.

The ruling Justice and Development Party (AKP), co-founded by Erdogan, lost its overall majority in the 550-seat parliament in the June 7 polls for the first time since it came to power in 2002, forcing the party to seek a coalition partner.

But the AKP’s coalition talks with opposition parties failed to produce a government, an outcome critics say the combative Erdogan sought all along.

“In line with the constitution, Mr President has decided that the Turkish parliament will undergo renewed elections,” the presidency said in a statement.

It said Erdogan was exercising his rightful powers to call the polls after no coalition was formed within a 45-day deadline.

Erdogan is to meet Prime Minister Ahmet Davutoglu on Tuesday, August 25, to discuss arrangements for an interim caretaker government to rule Turkey up to the polls, the official Anatolia news agency said.

This is the first time in the history of modern Turkey that parties have failed to form a coalition after elections and repeat polls have been called.

Erdogan wants the AKP to win back an overall majority and govern alone.

He is also seeking to fulfill his dream of a revamped presidency with boosted executive powers, which will require a majority of at least 3/5.

The president indicated in recent weeks that he was not in favor of coalition governments, but dismissed criticism that he had impeded the coalition negotiations.

Under Turkey’s constitution, Erdogan was obliged to give the second-placed Republican People’s Party (CHP) a mandate to lead coalition talks.

But he refused to do so because the CHP’s leader Kemal Kilicdaroglu refuses to set foot in Erdogan’s controversial new presidential palace.

The opposition has accused Erdogan of violating the constitution, with Kilicdaroglu blasting the president for seeking to stage a “civilian coup”.

‘Dead in the water’

The opposition CHP and the Nationalist Movement Party (MHP) have refused to take part in a short-term election government.

This forces Davutoglu to hold talks with the pro-Kurdish Peoples’ Democratic Party (HDP) – which he has accused of being a front for Kurdish militants from the outlawed PKK – as well as independent figures to form an interim government.

It remains to be seen if November’s polls will see the AKP increase its share of vote and win back an outright majority, with many analysts skeptical that the results will be much changed from June 7.

Marc Pierini, visiting scholar at Carnegie Europe, said the AKP has a chance of winning back its simple majority but would be unable to win the 3/5 of seats needed to call a referendum to change the constitution and give Erdogan the broader powers he craves.

“With 258 seats, the AKP was 18 seats short of a single-party government. On November 1, they may – may – recoup that loss and be back in power alone,” he said.

“But 258 was very, very far from the 330 seats qualified (3/5) majority, so the executive presidency reform is dead in the water,” he said.

The elections will come at a time of a dual offensive against Kurdish militants and Islamic State jihadists in Iraq and Syria, with some critics blaming Erdogan for operating a “war machine” to seek political gains for his AKP.

A spike in violence between Turkish security forces and Kurdish militants has nullified a 2013 ceasefire with the outlawed Kurdistan Workers’ Party (PKK), which is designated as a terrorist organization by Turkey and much of the international community.

At least 814 Kurdish militants have been killed in Turkey and in neighboring Iraq while at least 60 members of the Turkish security forces have lost their lives in over one month of fighting, Anatolia reported.

Two Turkish soldiers and a policeman were killed in new attacks blamed on PKK militants in the country’s restive southeast, officials and the army said Monday. – Fulya Ozerkan and Stuart Williams, AFP / Rappler.com