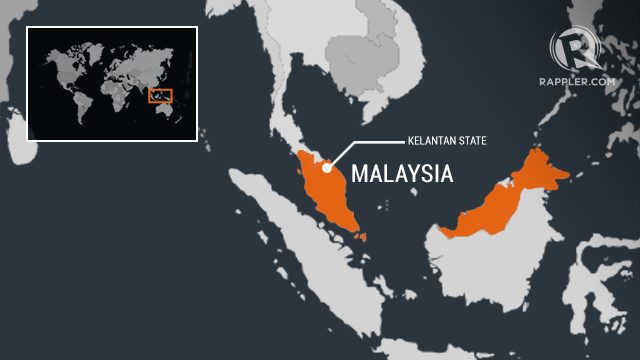 KUALA LUMPUR, Malaysia (UPDATED) – At least 14 migrants drowned Thursday after an overcrowded boat carrying up to 100 people sank off the coast of Malaysia.

Rescuers were searching for dozens of Indonesians still missing hours after their small wooden vessel disappeared beneath the waves.

“Local fishermen have rescued 15 people and fished out from the sea 14 bodies – 13 women and one man,” Mohamad Aliyas Hamdan, the local head of the Malaysian Maritime Enforcement Agency, told Agence France-Presse.

“We have deployed 12 ships and a plane along with some 200 officers to carry out the search and rescue operation for the remaining victims,” he said.

Around two million people, mostly from Indonesia, work in Malaysia illegally, regularly crossing the narrow strip of water between the two countries in barely seaworthy vessels.

The vessel went down in choppy waters off Malaysia’s western coast near the coastal town of Sabak Bernam in central Selangor state.

“I believe the boat sank because of bad weather and it was overcrowded,” Aliyas said.

“We have deployed 12 ships and a plane along with some 200 officers to carry out the search and rescue operation for the remaining victims,” he said.

Aliyas said rescue officials are confident they would be able to find more survivors because the boat sank close to land.

The bodies have be taken to taken to a public hospital Teluk Intan in neighboring Perak state.

“We are not sure if the migrants were attempting to land in Malaysia or trying to leave Malaysia illegally,” Aliyas said, describing the sinking as the worst boat tragedy so far this year.

Malaysia, Southeast Asia’s third largest economy, has been a magnet for Indonesians in search of jobs.

But maritime accidents are frequent as thousands attempt the perilous sea crossing, despite the risks, to seek low-paying jobs – typically shunned by Malaysians – on plantations, construction sites and in factories.

Desperate migrants often add to the risk by choosing to cross the narrow Malacca Strait in darkness to avoid detection.