US wildfires could be costliest on record 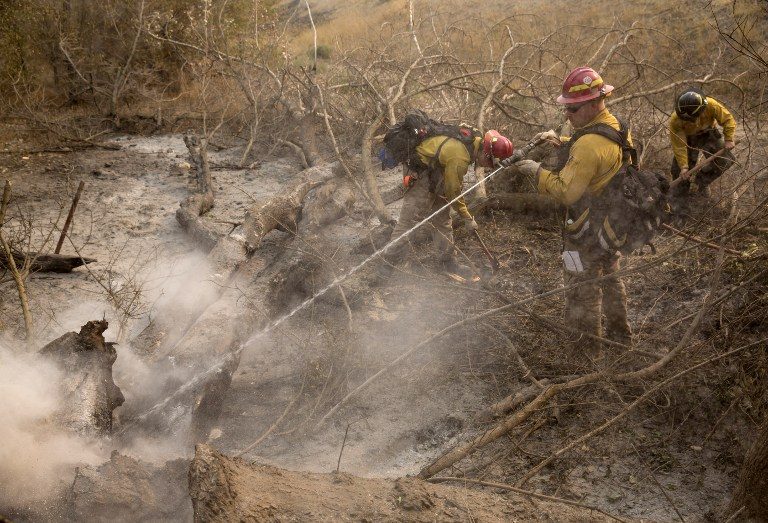 Facebook Twitter Copy URL
Copied
US Agriculture Secretary Tom Vilsack says if current conditions persist, an average $200 million a week will be needed to battle the flames which have killed seven firefighters and overstretched resources

LOS ANGELES, United States – The battle against wildfires sweeping across the drought-stricken western United States, mobilizing 30,000 firefighters, could be the costliest on record with $1.23 billion spent so far, officials say.

Last week alone, a record $243 million was spent fighting more than 40 massive wildfires, said Jennifer Jones, spokeswoman for the US Forest Service, most of them in Washington state, which along with Alaska has borne the brunt of the disaster.

“Overall, the US Forest Service has spent $1.23 billion,” Jones told Agence France-Presse (AFP), adding that the bill could get steeper as fires continue to blaze in some western US states.

The all-time record for firefighting costs in the United States – $1.65 billion  was set in fiscal 2002.

As of Friday, the flames had scorched nearly nine million acres (3.5 million hectares) so far this year, more than half in Alaska, the National Interagency Fire Center said.

“Three new large fires were reported (on Friday) and 3 contained,” the agency said in a statement.

“The majority of the fire activity continues in California, Idaho, Montana, Oregon and Washington.”

US Agriculture Secretary Tom Vilsack said if current conditions persist, an average $200 million a week will be needed to battle the flames which have killed seven firefighters and overstretched resources.

Officials fear further devastation in the coming months, especially in southern California, which experiences severe wind storms in the fall known as the Santa Ana winds.

“September and October are generally when we see our worst wildfires,” said Lynne Tolmachoff, spokeswoman for Calfire, a monitoring agency.

California is into its fourth year of a record-breaking drought that has parched much of the state and forced residents to cut back on water consumption and rethink their habits.

Experts say that climate change is likely contributing to the increased frequency in infernos with some scientists predicting that by the end of the century megafires will become the norm.

“There is science in the fact that the climate is changing, which affects the fire season throughout the year,” said Jennifer Smith, spokeswoman for the National Interagency Fire Center. “Fire seasons are longer and fire activity is more extreme.”

She said given the number of acres devoured by the flames so far this year, 2015 has the potential of being a record year.

US President Barack Obama last month declared a state of emergency in Washington state, where about 200 active-duty soldiers have joined the battle against the flames along with reservists.

Nearly 70 firefighters from Australia and New Zealand have also arrived as backup.

The fires have destroyed at least 475 homes in Washington and California and forced the evacuation of hundreds of people. – Rappler.com