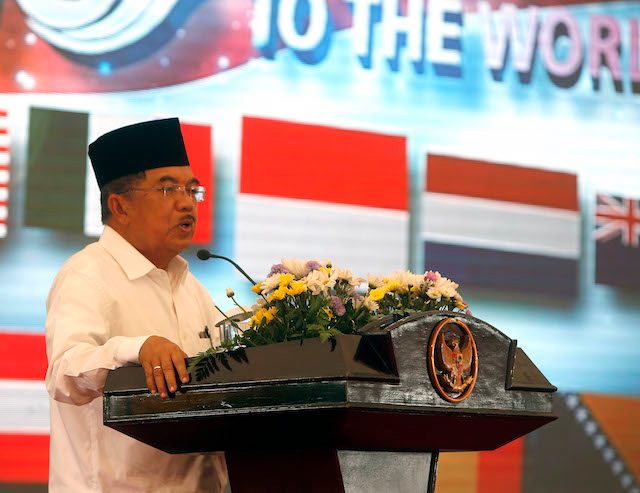 A source at the presidential palace told Rappler that Kalla had one ring inserted in his heart.

Kalla was not seen when President Joko Widodo announced his government’s new economic stimulus at the State Palace, on Wednesday, September 9, although most of his ministers were present at the much-awaited announcement.

Asked about the absence of Kalla, head of the vice presidential expert team Sofyan Wanandi said that Kalla needed to rest after a routine check up in RSCM.

“JK went in to RSCM for check up this afternoon. He routinely checks his health every six months. (The doctor) said he needed to rest, so he’s at home,” Sofyan said.

As of publication time, Kalla remains in the hospital. (READ: Jokowi visits his VP in hospital)

“Insya Allah, he will return tomorrow. If he’s not hospitalized, he would be traveling again. This is an ‘alkaline’ old man. We’re the one who gets tired following him.”

He added, “Thank you for your prayers for Pak JK. He is already smiling now.” — Rappler.com