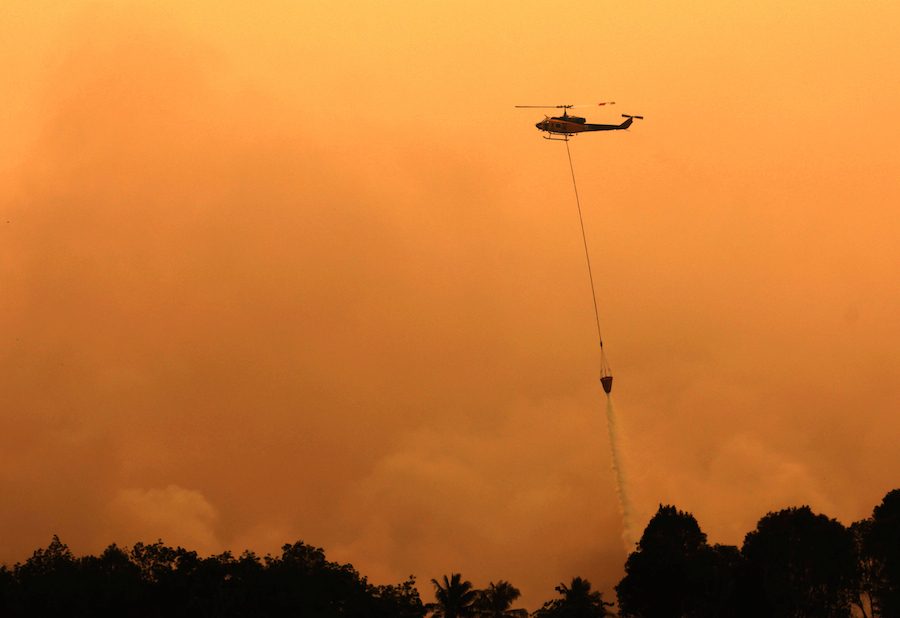 Air quality in Malaysia and Singapore has steadily deteriorated over the past two weeks due to the smog from nearby regions of Indonesia, which on Monday declared a state of emergency in the particularly hard-hit province of Riau.

Indonesian kids at Pekanbaru, however, the capital of Riau, are still in school.

In Pekanbaru, levels are already “dangerous” but the head of education affairs in local government have still asked students to go to school. While in Malaysia, levels are “unhealthy” and “very unhealthy” – below “dangerous” – but there, the Ministry of Education decided to close the school.

Malaysia’s education ministry ordered schools closed in Kuala Lumpur, three adjacent states and the nearby administrative capital of Putrajaya, where air pollution indices were in the upper range of “unhealthy” and nearing “very unhealthy”.

More than half of the country’s 52 monitoring stations registered “unhealthy” air on Tuesday.

Smog-belching fires are an annual problem during the dry season in Indonesia, where vast tracts of land are cleared on the huge islands of Sumatra and Borneo using illegal slash-and-burn methods.

Indonesia has declared a state of emergency in Sumatra’s Riau province.

Tens of thousands of people in smoke-choked regions of Sumatra and Borneo have fallen ill, while air travel there – as well as in parts of Malaysia – has been hit by sporadic flight delays or cancellations due to poor visibility.

Malaysian authorities in several areas have distributed free face masks, while the marine and aviation sectors have been advised to go on high alert due to the worsening visibility. Indonesia has come under pressure to control the annual smog outbreaks but joint regional efforts have failed to find a lasting solution. – with reports from Agence France-Presse